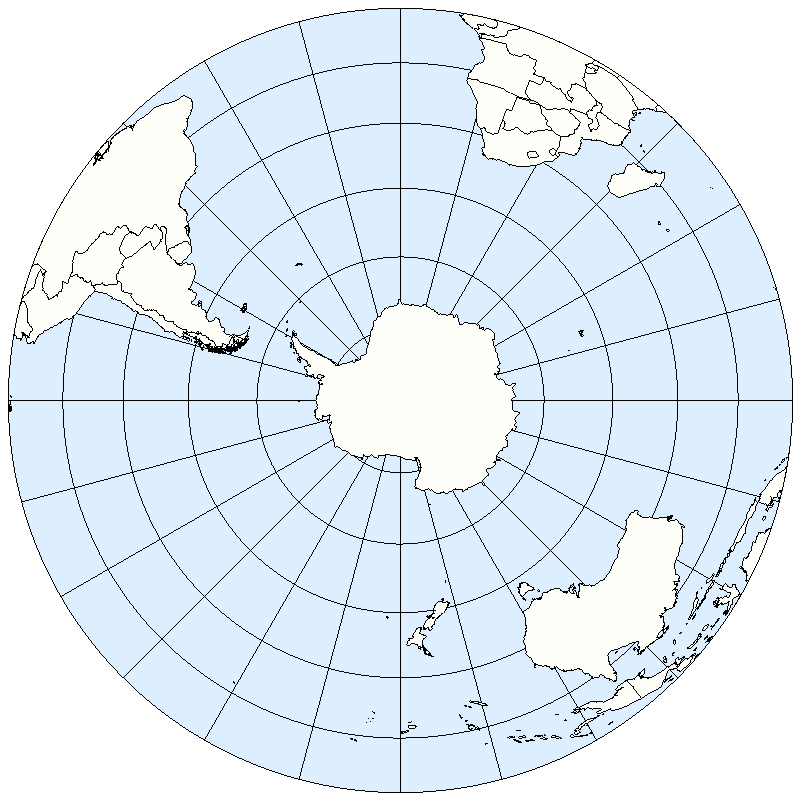 The Southern Hemisphere is the half (hemisphere) of Earth that is south of the Equator. It contains all or parts of five continents (Antarctica, Australia, about 90% of South America, one third of Africa, and several islands off the continental mainland of Asia), four oceans (Indian, South Atlantic, Southern, and South Pacific), New Zealand and most of the Pacific Islands in Oceania. Its surface is 80.9% water, compared with 60.7% water in the case of the Northern Hemisphere, and it contains 32.7% of Earth's land. Owing to the tilt of Earth's rotation relative to the Sun and the ecliptic plane, summer is from December to February (inclusive) and winter is from June to August (inclusive). September 22 or 23 is the vernal equinox and March 20 or 21 is the autumnal equinox. The South Pole is in the center of the southern hemispherical region.

Southern Hemisphere climates tend to be slightly milder than those at similar latitudes in the Northern Hemisphere, except in the Antarctic which is colder than the Arctic. This is because the Southern Hemisphere has significantly more ocean and much less land; water heats up and cools down more slowly than land. The differences are also attributed to oceanic heat transfer and differing extents of greenhouse trapping.