Southeast Alaska, colloquially referred to as the Alaska Panhandle or Alaskan Panhandle, is the southeastern portion of the U.S. state of
Alaska Alaska (; ale, Alax̂sxax̂; ; ems, Alas'kaaq; Central Alaskan Yup'ik language, Yup'ik: ''Alaskaq''; tli, Anáaski) is a U.S. state in the Western United States, on the northwest extremity of the country's West Coast of the United States ...
, bordered to the east by the northern half of the Canadian province of
British Columbia ( en, Splendour without diminishment) , image_map = British Columbia in Canada 2.svg , Label_map = yes , coordinates = , official_lang = None , Slogan = Beautiful British Co ...
. The majority of Southeast Alaska's area is part of the Tongass National Forest, the United States' largest national forest. In many places, the international border runs along the crest of the Boundary Ranges of the Coast Mountains (see Alaska boundary dispute). The region is noted for its scenery and mild, rainy climate. The largest cities in the region are Juneau, Sitka, Alaska, Sitka, and Ketchikan. This region is also home to the easternmost town in Alaska, Hyder, Alaska, Hyder.

Southeast Alaska has a land area of , comprising much of the Alexander Archipelago. The largest islands are, from North to South, Chichagof Island, Admiralty Island, Baranof Island, Kupreanof Island, Revillagigedo Island and Prince of Wales Island (Alaska), Prince of Wales Island. Major bodies of water of Southeast Alaska include Glacier Bay, Lynn Canal, Icy Strait, Chatham Strait, Stephens Passage, Frederick Sound, Sumner Strait, and Clarence Strait. The archipelago is the northern terminus of the Inside Passage, a protected waterway of convoluted passages between islands and fjords, beginning in Puget Sound in Washington (state), Washington state. This was an important travel corridor for Tlingit people, Tlingit, Haida people, Haida, and Tsimshian Native peoples, as well as gold-rush era steamships. In modern times it is an important route for Alaska Marine Highway ferries as well as cruise ships. 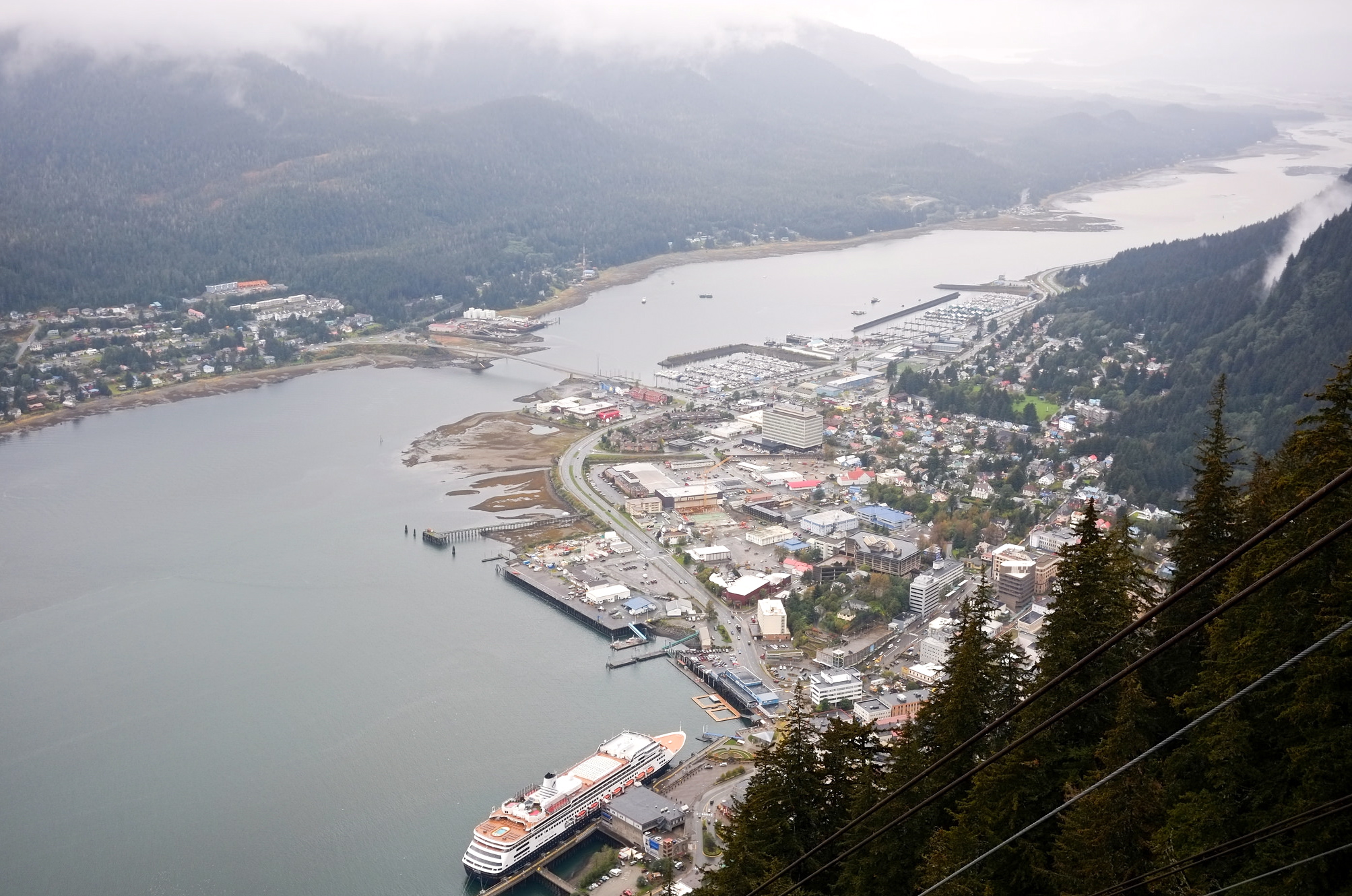 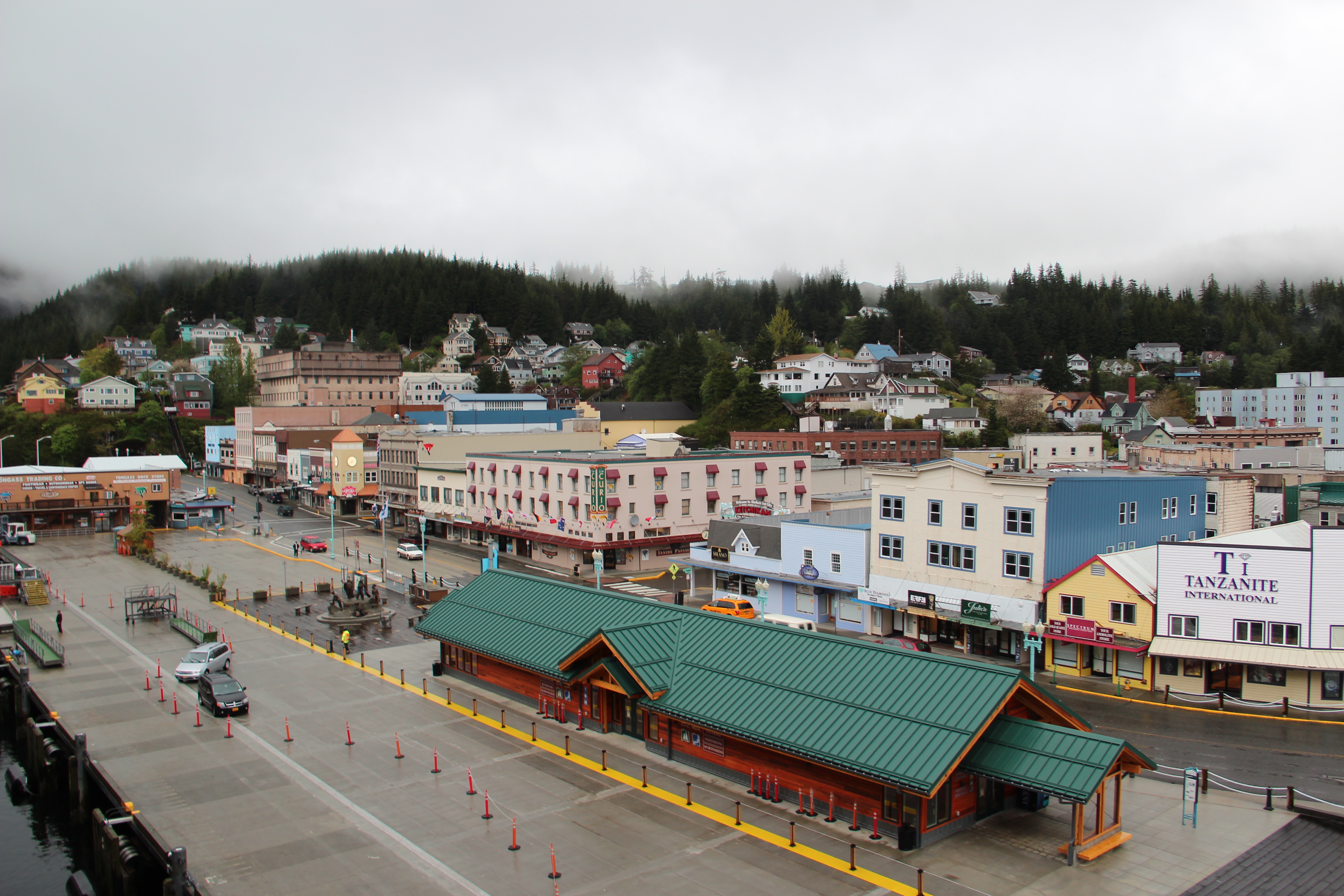 Southeast Alaska is composed of seven entire county-equivalent, boroughs and two census areas, in addition to the portion of the Yakutat City and Borough, Alaska, Yakutat Borough lying east of 141st meridian west, 141° West longitude. Although it has only 6.14 percent of Alaska's land area, it is larger than the state of Maine, and almost as large as the state of Indiana. The Southeast Alaskan coast is roughly as long as the British Columbia Coast, west coast of Canada. The 2010 United States Census, 2010 census population of Southeast Alaska was 71,616 inhabitants, representing approximately 10% of the state's total population. About 45% of residents in the Southeast Alaska region were concentrated in the city of Juneau, Alaska, Juneau, the state capital. As of 2018, the number of settlements in Southeast Alaska that have a population of at least 1,000 people has grown to nine. 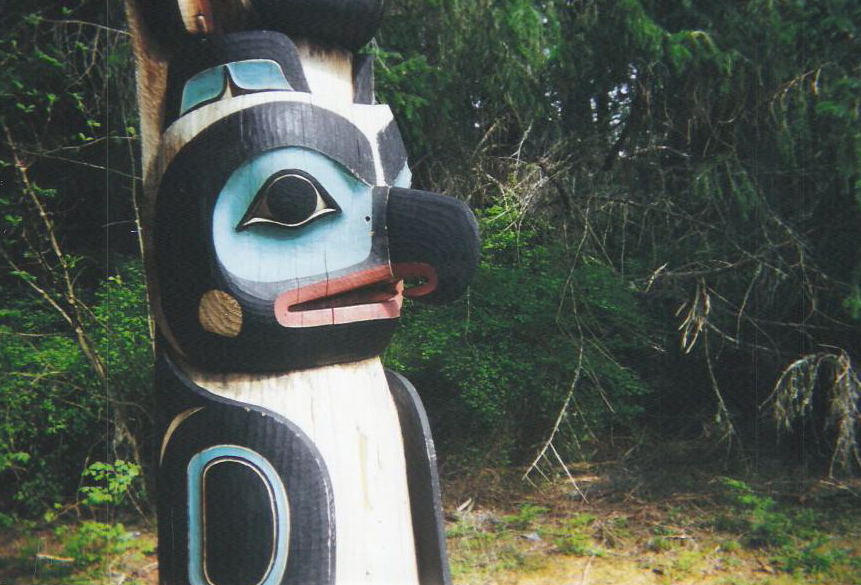 This area is the traditional homeland of the Tlingit people, Tlingit, and home of a historic settling of Haida people, Haida as well as a modern settlement of Tsimshian. The region is closely connected to Seattle and the American Pacific Northwest economically and culturally.

Logging has been an important industry in the past, but has been steadily declining with competition from other areas and the closure of the region's major pulp mills; the Alaska Forest Association described the situation as "desperate" in 2011. Its members include Alcan Forest Products (owned by Canadian Transpac Group, one of the top 5 log exporters in North America) and Viking Lumber, which is based in Craig, Alaska. Debates over whether to expand logging in the federally owned Tongass are not uncommon.

Mining remains important in the northern area with the Juneau mining district and Admiralty mining district hosting active mines as of 2015. Gold was discovered in 1880 and played an important part in the early history of the region. In the 2010s, mines increasingly began to be explored and eventually completed in neighboring
British Columbia ( en, Splendour without diminishment) , image_map = British Columbia in Canada 2.svg , Label_map = yes , coordinates = , official_lang = None , Slogan = Beautiful British Co ...
, upstream of important rivers such as the Unuk River, Unuk and the Stikine River, Stikine, which became known as the transboundary mining issue. In 2014, the Mount Polley mine disaster, Mount Polley Mine disaster focused attention on the issue, and an agreement between Canada and Alaska was drafted in 2015. The proposed Kerr Sulphurets Mitchell exploration is upstream of the Unuk. Mines upstream of the Stikine include the Red Chris, which is owned by the same company (Imperial Metals) as the Mount Polley mine.

The border between Alaska and the Canadian province of
British Columbia ( en, Splendour without diminishment) , image_map = British Columbia in Canada 2.svg , Label_map = yes , coordinates = , official_lang = None , Slogan = Beautiful British Co ...
was the subject of the Alaska boundary dispute, where the United States and the United Kingdom claimed different borderlines at the Alaskan panhandle. While the British foreign affairs were in favor of support of the Canadian argument, the event resulted in what was thought of as a betrayal, leading to alienation of the British from the new nation of Canada.

Image:Alaska Panhandle.png, 250px, Southeast Alaska and Alaska Marine Highway ferry routes Due to the extremely rugged, mountainous nature of Southeastern Alaska, almost all communities (with the exception of Hyder, Alaska, Hyder, Skagway, and Haines, Alaska, Haines) have no road connections outside of their locale, so aircraft and boats are the major means of transport. The Alaska Marine Highway passes through this region.

Alaska Airlines is by far the largest air carrier in the region, with Juneau's Juneau International Airport serving as the aerial hub for all of Southeast and Ketchikan's Ketchikan International Airport serving as a secondary hub for southern Southeast Alaska. Alaska's Bush aviation, bush airlines and air taxis serve many of the smaller and more isolated communities and villages in the regions. Many communities are accessible by air only by floatplane, as proper runways are often difficult to construct on the steep island slopes.

Southeast Alaska is primarily served by the state-run Alaska Marine Highway, which links Skagway, Haines, Hoonah, Alaska, Hoonah, Juneau, Sitka, Alaska, Sitka, Petersburg, Alaska, Petersburg, Wrangell, Alaska, Wrangell, Ketchikan, Alaska, Ketchikan and other outlying communities with Prince Rupert, BC and Bellingham, Washington; and secondarily by the Prince of Wales Island (Alaska), Prince of Wales Island-based Inter-Island Ferry Authority, which provides the only scheduled passenger and auto ferry service to the island. A new Authority, the Rainforest Islands Ferry Authority, was created and in 2014 may possibly operate the North End route. The Authority would connect Coffman Cove with Wrangell and Petersburg. Small companies like Sitka-based Allen Marine and other independent operators in the Lynn Canal occasionally also offer marine passenger service. Ship traffic in the area is seasonally busy with cruise ships.