Click Here for Items Related To - Sesame oil
Sesame oil is an edible vegetable oil derived from sesame seeds. Besides being used as a cooking oil, it is used as a flavor enhancer in many cuisines, having a distinctive nutty aroma and taste. The oil is one of the earliest-known crop-based oils. Worldwide mass modern production is limited due to the inefficient manual harvesting process required to extract the oil. In the Akkadian language it was called Ellu.

thumb|right|White sesame seeds, mostly unshelled. Historically, sesame was cultivated more than 5000 years ago as a drought-tolerant crop and was able to grow where other crops failed. Sesame seeds were one of the first crops processed for oil as well as one of the earliest condiments. Sesame was cultivated during the Indus Valley Civilisation and was the main oil crop. It was probably exported to Mesopotamia around 2500 BC. 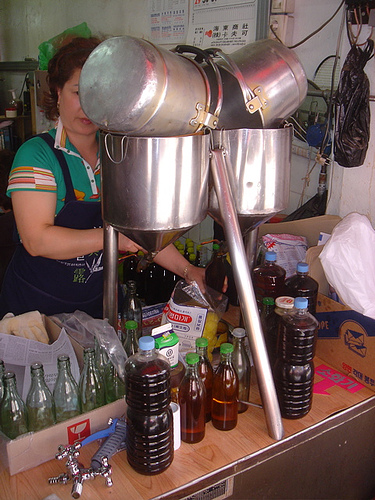 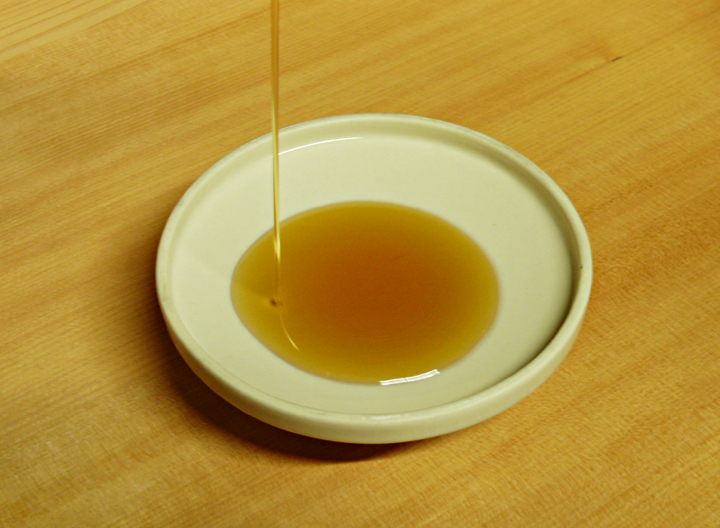 Sesame seeds are protected by a capsule which only bursts when the seeds are completely ripe. This is called dehiscence. The dehiscence time tends to vary, so farmers cut plants by hand and place them together in an upright position to continue ripening until all the capsules have opened. The discovery of an indehiscent mutant (analogous to nonshattering domestic grains) by Langham in 1943 began the work towards development of a high-yielding, dehiscence-resistant variety. Although researchers have made significant progress in sesame breeding, harvest losses due to dehiscence continue to limit domestic US production. Tanzania remains the largest producer of sesame oil and also dominates the global consumption of this product. The African and Asian regions constitute the fastest developing sesame oil markets. The steady growth in demand being observed here is in line with rising household income figures and urbanization, as well as an increase in the use of sesame oil for food products and Asian dishes. While some manufacturers will further refine sesame oil through solvent extraction, neutralization and bleaching in order to improve its cosmetic aspects, sesame oil derived from quality seeds already possesses a pleasant taste and does not require further purification before it can be consumed. Many consumers prefer unrefined sesame oil due to their belief that the refining process removes important nutrients. Flavour, which was traditionally an important attribute, was best in oils produced from mild crushing. Sesame oil is one of the more stable natural oils, but can still benefit from refrigeration and limited exposure to light and high temperatures during extraction, processing and storage in order to minimize nutrient loss through oxidation and rancidity. Storage in amber-colored bottles can help to minimize light exposure. Sesame oil is a polyunsaturated (PUFA) semi-drying oil. Commercial sesame oil varies in colour from light to deep reddish-yellow depending on the colour of the seed processed and the method of milling. Provided the oil is milled from well-cleaned seed, it can be refined and bleached easily to yield a light-coloured limpid oil. Sesame oil is rich in oleic and linoleic acids, which together account for 85% of the total fatty acids. Sesame oil has a relatively high percentage of unsaponifiable matter (1.5-2.3%). In India and in some other European countries it is obligatory to add sesame oil (5-10%) to margarine and generally to hydrogenated vegetable fats which are commonly used as adulterants for butter or ghee.

The market for sesame oil is mainly located in Asia and the Middle East where the use of domestically produced sesame oil has been a tradition for centuries.