A sapper, also called pioneer or combat engineer, is a combatant or soldier who performs a variety of military engineering duties, such as breaching fortifications, demolitions, bridge-building, laying or clearing minefields, preparing field defenses, and road and airfield construction and repair. They are also trained to serve as infantry personnel in defensive and offensive operations. A sapper's duties are devoted to tasks involving facilitating movement, defense and survival of allied forces, and impeding those of enemies. The term "sapper" is used in the British Army and Commonwealth nations, the Polish Army and the U.S. military. The word "sapper" comes from the French word ''sapeur'', itself being derived from the verb ''saper'' (to undermine, to dig under a wall or building to cause its collapse).

A sapper, in the sense first used by the French military, was one who dug trenches to allow besieging forces to advance towards the enemy defensive works and forts, over ground that is under the defenders' musket or artillery fire. This digging was referred to as sapping the enemy fortifications. Saps were excavated by brigades of trained sappers or instructed troops. When an army was defending a fortress with cannons, they had an obvious height and therefore range advantage over the attacker's guns. The attacking army's artillery had to be brought forward, under fire, so as to facilitate effective counter-battery fire. This was achieved by digging what the French termed a ''sappe'' (derived from the archaic French word for spade or entrenching tool). Using techniques developed and perfected by Vauban, the sappers began the trench at such an angle so as to avoid enemy fire ''enfilading'' the ''sappe'' by firing down its length. As they pressed forward, a position was prepared from which a cannon could suppress the defenders on the fort's bastions. The sappers would then change the course of their trench, zig-zagging toward the fortress wall. Each leg brought the attacker's artillery closer until the besieged cannon would be sufficiently suppressed for the attackers to breach the walls. Broadly speaking, sappers were originally experts at demolishing or otherwise overcoming or bypassing fortification systems.

An additional term applied to sappers of the British Indian Army was "miner". The native engineer corps were called "sappers and miners", as for example, the Royal Bombay Sappers and Miners. The term arose from a task done by sappers to further the battle after saps were dug. The saps permitted cannon to be brought into firing range of the besieged fort and its cannon, but often the cannon themselves were unable to breach the fort walls. The engineers would dig a tunnel from the forward-most sap up to and under the fort wall, then place a charge of gunpowder and ignite it, causing a tremendous explosion that would destroy the wall and permit attacking infantry to close with the enemy. This was dangerous work, often lethal to the sappers, and was fiercely resisted by the besieged enemy. Since the two tasks went hand in hand and were done by the same troops, native Indian engineer corps came to be called "sappers and miners". 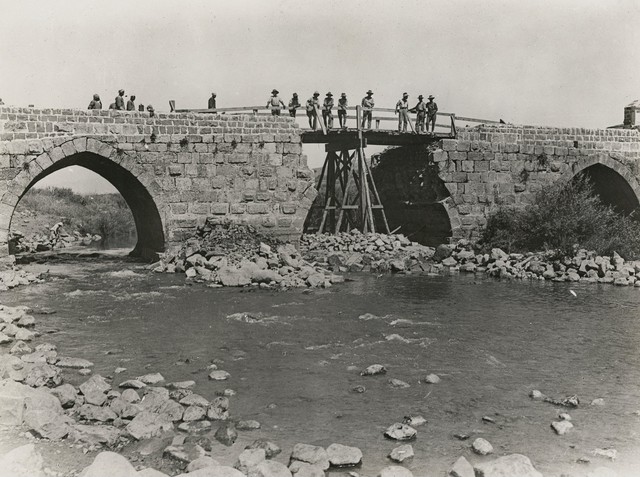 During the Sinai and Palestine Campaign of World War I Australian sappers repaired a bridge at the historic crossing of the Jordan River at Jisr Benat Yakub (also known as Jacob's Ford). Here the retreating Ottoman and German rearguard had blown up the bridge's central arch which was repaired in five hours by sappers attached to the Australian Mounted Division. While the light horse brigades forded the river, continuing the Desert Mounted Corps' advance to Damascus, the sappers worked through the night of 27/28 September 1918, to repair the bridge to enable the division's wheeled vehicles and guns to follow on 28 September.

In the Canadian Forces, sappers exist both in the regular force and reserve force. The rank of sapper is used instead of private trained to signify completion of the Engineer DP1 course. Canadian sappers have been deployed in many major conflicts in recent history including World War I, World War II, the Korean War, and the War in Afghanistan. The roles of a sapper entail: Bridge building with the ACROW, Bailey, or Medium Girder Bridge bridging systems; explosive ordnance disposal; operating the advanced reverse-osmosis water purification unit, used mainly in domestic operations; maintaining roadways and airfields; combat diving; tactical breaching; and erecting and tearing down friendly living spaces. Ultimately, the objective of the sappers is to facilitate the living, moving, and fighting for friendly troops on the battlefield, and denying the same to enemy forces. The motto of the Canadian Military Engineers is ''Ubique'' ( la|everywhere) a motto shared with the Royal Canadian Artillery. The patron saint of combat engineers is Saint Barbara, and 4 December is the corps' day of celebration.

The term "sappers", in addition to the connotation of rank of engineer private, is used collectively to informally refer to the Engineer Corps as a whole and also forms part of the informal names of the three combat engineer groups, viz. Madras Sappers, Bengal Sappers and the Bombay Sappers. Each of these groups consist of about twenty battalion-sized engineer regiments and additional company-sized minor engineer units. The three sapper groups are descended from the sapper and miner groups of the East India Company and later the British Indian Army of the British Raj. 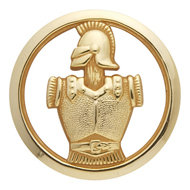