Safety, historically known as a safetyman, is a position in
gridiron football Gridiron football,
played by a member of the
defense Defense or defence may refer to: Tactical, martial, and political acts or groups * Defense (military), forces primarily intended for warfare * Civil defense, the organizing of civilians to deal with enemy attacks * Defense industry, industry whic ...
. The safeties are
defensive back In gridiron football, defensive backs (DBs), also called the secondary, are the players on the defensive side of the ball who play furthest back from the line of scrimmage. They are distinguished from the other two sets of defensive players, the ...
s who line up from ten to fifteen yards from the
line of scrimmage In gridiron football, a line of scrimmage is an imaginary transverse line (across the width of the field) beyond which a team cannot cross until the next play has begun. Its location is based on the spot where the ball is placed after the end ...
who can play as
linebacker A linebacker (LB or backer) is a playing position in gridiron football. Linebackers are members of the defensive team, and line up approximately three to five yards (4 m) behind the line of scrimmage and behind the defensive linemen. The repr ...
s or deep as normal safeties. There are two variations of the position in a typical American formation: the free safety (FS) and the strong safety (SS). Their duties depend on the defensive scheme. The defensive responsibilities of the safety and
cornerback A cornerback (CB) is a member of the defensive backfield or secondary in gridiron football. Cornerbacks cover Wide receiver, receivers most of the time, but also blitz and defend against such Play from scrimmage, offensive running plays as sweeps ... 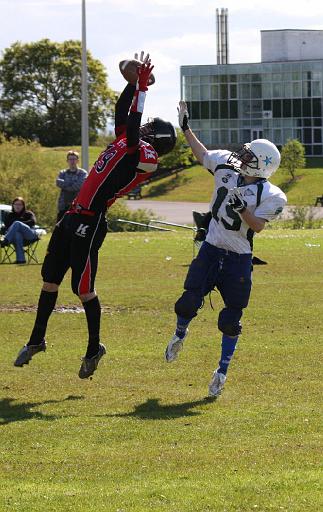 usually involve pass coverage towards the middle and sidelines of the field, respectively. While American (11-player) formations generally use two safeties, Canadian (12-player) formations generally have one safety and two defensive halfbacks, a position not used in the American game. As professional and
college football College football is gridiron football consisting of American football in the United States, American football played by teams of student athletes fielded by Higher education in the United States, American universities, colleges, and United Sta ...

have become more focused on the passing game, safeties have become more involved in covering the eligible pass receivers. Safeties are the last line of defense; they are expected to be reliable tacklers, and many safeties rank among the hardest hitters in football. Safety positions can also be converted
cornerback A cornerback (CB) is a member of the defensive backfield or secondary in gridiron football. Cornerbacks cover Wide receiver, receivers most of the time, but also blitz and defend against such Play from scrimmage, offensive running plays as sweeps ...

s, either by design ( Byron Jones) or as a cornerback ages (
Charles Woodson 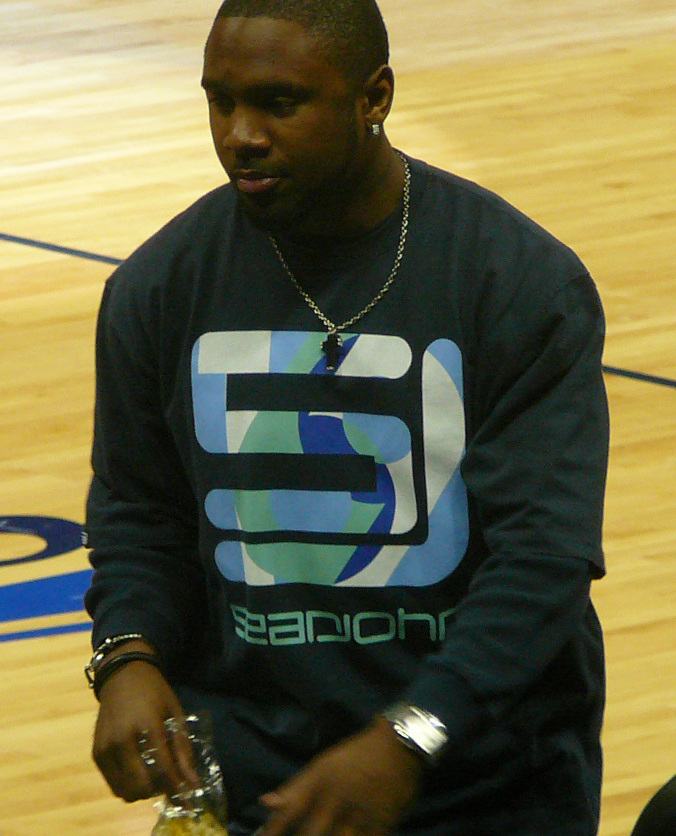 , DeAngelo Hall, Lardarius Webb, Tramon Williams). Historically, in the era of the
one-platoon system The one-platoon system, also known as iron man football, is a platoon system in American football American football, referred to simply as football in the United States and Canada and also known as gridiron, is a team sport played by two te ...
, the safety was known as the defensive fullback (specifically the free safety; the strong safety would be a defensive halfback, a term still in Canadian parlance) or
goaltender In ice hockey, the goaltender or goalie is the player responsible for preventing the hockey puck from entering their team's net, thus preventing the opposing team from scoring. The goaltender usually plays in or near the area in front of the n ...

180px, Former Washington Football Team' free safety Sean Taylor The free safety tends to watch the play unfold and follow the ball as well as be the "defensive quarterback" of the backfield. The free safety is typically assigned to the quarterback in man coverage, but as the quarterback usually remains in the Passing pocket, pocket, the free safety is "free" to double cover another player. On pass plays, the free safety is expected to assist the cornerback on his side and to close the distance to the receiver by the time the ball reaches him. If the offense puts a receiver in the slot, then the free safety may be called upon to cover that receiver. Because of their speed and deep coverage, free safeties are especially likely to make interceptions. Offenses tend to use the play-action pass specifically to make the free safety expect a run play, which would draw him closer to the line of scrimmage, and reduce his effectiveness as a pass defender. Furthermore, quarterbacks often use a technique to "look off" a free safety, by looking away from the intended target receiver's side of the field during a pass play, with the intention to lure the free safety away from that side of the field. This phenomenon often tests how effective a free safety's savvy and athleticism are at defending long pass plays. Free safeties occasionally blitz (American football), blitz as well. When this happens, the pressure on the quarterback is often very severe since a blitz by a defensive back is not usually anticipated. Current examples of free safeties active in the NFL include Minkah Fitzpatrick, Devin McCourty, Kevin Byard, and Eddie Jackson (safety), Eddie Jackson.

The strong safety tends to be somewhat larger and stronger than the free safety. However, the word ''strong'' is used because he is assigned to cover the "strong side" of the offense, the side on which the tight end, a usually big, powerful receiver-type player lines up on offensive plays. The strong safety tends to play closer to the line than the free safety does, and assists in stopping the run. He may also cover a player, such as a running back or Fullback (gridiron football), fullback or H-back, who comes out of the backfield to receive a pass. A strong safety's duties are a hybrid of those belonging to a
linebacker A linebacker (LB or backer) is a playing position in gridiron football. Linebackers are members of the defensive team, and line up approximately three to five yards (4 m) behind the line of scrimmage and behind the defensive linemen. The repr ...
in a 46 defense, 46 or 3–4 defense, 3-4 defense and those of the other defensive backs, in that he both covers the pass and stops the run. Current examples of strong safeties active in the NFL include Jamal Adams, Landon Collins, Malcolm Jenkins, Harrison Smith (American football), Harrison Smith, Keanu Neal, Tyrann Mathieu and Derwin James. Strong safeties are not seen in the Canadian game, where the role is filled by the two defensive halfbacks.