Click Here for Items Related To - Russian Academy of Sciences

There are three types of membership in the RAS: full members ( academicians), corresponding members, and foreign members. Academicians and corresponding members must be citizens of the Russian Federation when elected. However, some academicians and corresponding members were elected before the collapse of the USSR and are now citizens of other countries. Members of RAS are elected based on their scientific contributions – election to membership is considered very prestigious. In the years 2005–2012, the academy had approximately 500 full and 700 corresponding members. But in 2013, after the Russian Academy of Agricultural Sciences and the Russian Academy of Medical Sciences became incorporated into the RAS, a number of the RAS members accordingly increased. The last elections to the renewed Russian Academy of Sciences were organized in mid-November 2019. At the beginning of April 2021, the Academy had 1923 living Russian members (full: 844, corresponding: 1079) and 456 foreign members. Since 2015, the Academy also awards, on a competitive basis, the honorary scientific rank of a RAS Professor to the top-level researchers with Russian citizenship. Now there are 604 scientists with this rank. RAS professorship is not a membership type but its holders are considered as possible candidates for membership; some professors became members already in 2016 or in 2019 and are henceforth titled "RAS professor, corresponding member of the RAS" (137 scientists) or even "RAS professor, academician of the RAS" (3 scientists).

;Siberian Branch of the Russian Academy of Sciences (SB RAS) :The Siberian Branch was established in 1957, with
Mikhail Lavrentyev Mikhail Alekseevich Lavrentyev (or Lavrentiev, russian: Михаи́л Алексе́евич Лавре́нтьев) (November 19, 1900 – October 15, 1980) was a Soviet mathematician and hydrodynamicist. Early years Lavrentiev was born in Ka ...
as founding chairman. Research centers are in
Novosibirsk Novosibirsk (, also ; rus, Новосиби́рск, p=nəvəsʲɪˈbʲirsk, a=ru-Новосибирск.ogg) is the largest city and administrative centre of Novosibirsk Oblast in Russia Russia (russian: link=no, Россия, , ), or t ...
( Akademgorodok), Tomsk,
Krasnoyarsk Krasnoyarsk ( ; rus, Красноя́рск, a=Ru-Красноярск2.ogg, r=Krasnojársk, p=krəsnɐˈjarsk) is the largest city A city is a large human settlement.Goodall, B. (1987) ''The Penguin Dictionary of Human Geography''. London: Peng ...
, Irkutsk, Yakutsk, Ulan-Ude, Kemerovo, Tyumen and Omsk. As of end-2017, the Branch employed over 12,500 scientific researchers, 211 of whom were members of the Academy (109 full + 102 corresponding). ;Ural Branch of the Russian Academy of Sciences (UB RAS) :The Ural Branch was established in 1932, with Aleksandr Fersman as its founding chairman. Research centers are in Yekaterinburg, Perm, Russia, Perm, Cheliabinsk, Izhevsk, Orenburg, Ufa and Syktyvkar. As of 2016, 112 Ural scientists were members of the Academy (41 full + 71 corresponding). ;Far East Branch of the Russian Academy of Sciences (FEB RAS) :The Far East Branch includes the Primorsky Scientific Center in Vladivostok, the Amur Scientific Center in Blagoveschensk, the Khabarovsk Scientific Center, the Sakhalin Scientific Center in Yuzhno-Sakhalinsk, the Kamchatka Scientific Center in Petropavlovsk-Kamchatsky, the North-Eastern Scientific Center in Magadan, the Far East Regional Agriculture Center in Ussuriysk and several Medical institutions. As of 2017, there were 64 Academy members in the Branch (23 full + 41 corresponding).


Member institutions are linked via a dedicated Russian Space Science Internet (RSSI). Started with just three members, The RSSI now has 3,100 members, including 57 from the largest research institutions. Russian universities and technical institutes are not under the supervision of the RAS (they are subordinated to the Ministry of Education of Russian Federation), but a number of leading universities, such as Moscow State University, St. Petersburg State University, Novosibirsk State University, and the Moscow Institute of Physics and Technology, make use of the staff and facilities of many institutes of the RAS (as well as of other research institutions); the Moscow Institute of Physics and Technology, MIPT faculty refers to this arrangement as the "Phystech System". From 1933 to 1992, the main scientific journal of the Soviet Academy of Sciences was the ''Proceedings of the USSR Academy of Sciences'' (Doklady Akademii Nauk SSSR); after 1992, it became simply ''Proceedings of the Academy of Sciences'' (''Doklady Akademii Nauk''). The Academy is also increasing its presence in the educational area. In 1990 the Higher Chemical College of the Russian Academy of Sciences was founded, a specialized university intended to provide extensive opportunities for students to choose an academic path.

In the Russian Empire 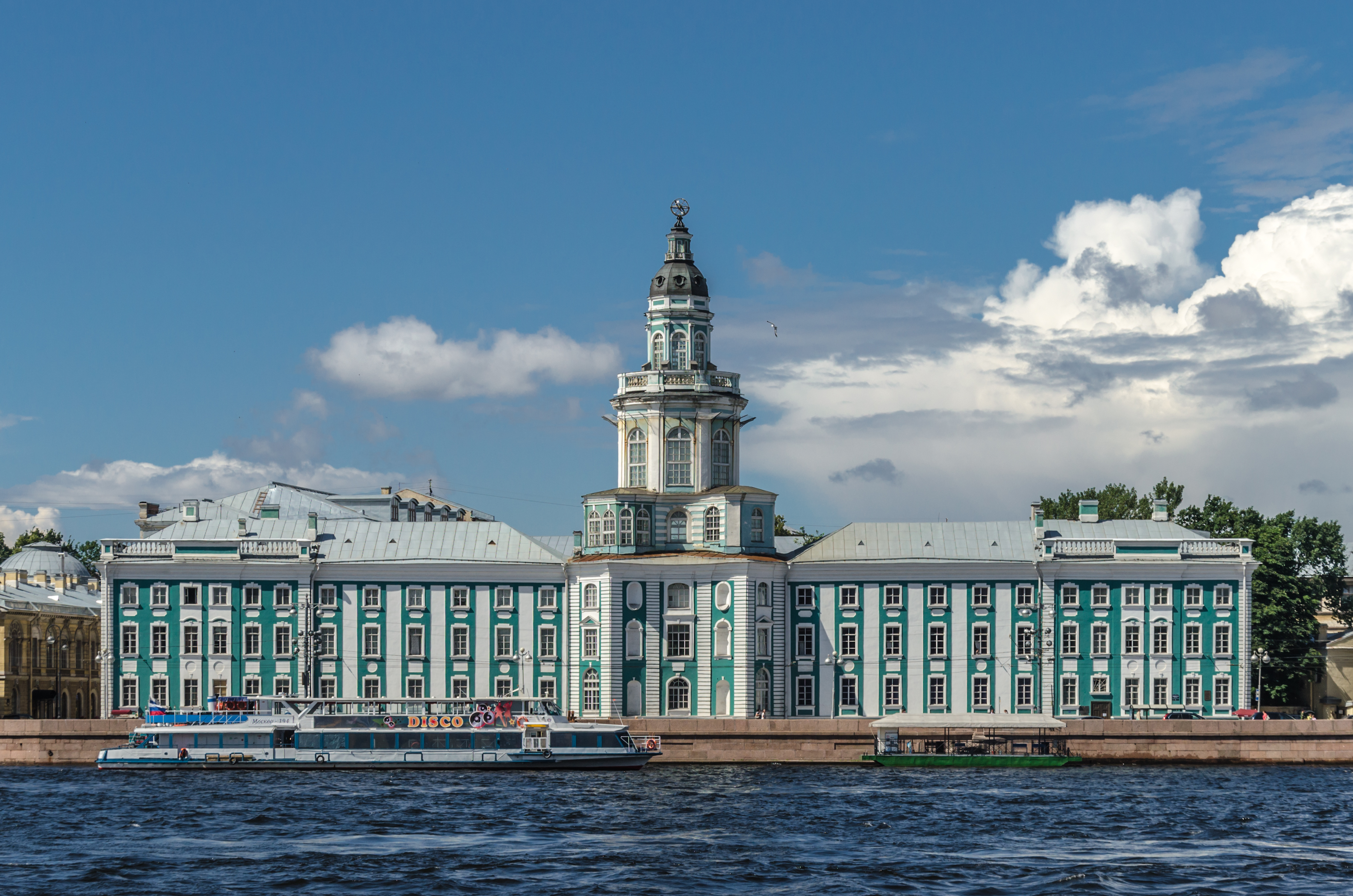 The Emperor Peter I of Russia, Peter the Great, inspired and advised by Gottfried Leibniz, founded the Academy in Saint Petersburg; the Senate decree of February 8 (January 28 old style), 1725 implemented the establishment. Originally called ''The Saint Petersburg Academy of Sciences'' (russian: :ru:Петербургская Академия наук, Петербургская Академия наук), the organization went under various names over the years, becoming ''The Imperial Academy of Sciences and Arts'' (Императорская Академия наук и художеств; 1747–1803), ''The Imperial Academy of Sciences'' (Императорская Академия Наук; 1803—1836), and finally, ''The Imperial Saint Petersburg Academy of Sciences'' (Императорская Санкт-Петербургская Академия Наук, from 1836 and until the end of the Russian Empire, empire in 1917). Foreign scholars invited to work at the academy included the mathematicians Leonhard Euler (1707–1783), Anders Johan Lexell, Christian Goldbach, Georg Bernhard Bilfinger, Nicholas II Bernoulli, Nicholas Bernoulli (1695–1726) and Daniel Bernoulli (1700–1782), botanist Johann Georg Gmelin, embryologists Caspar Friedrich Wolff, astronomer and geographer Joseph-Nicolas Delisle, physicist :ru:Крафт, Георг Вольфганг, Georg Wolfgang Kraft, historian Gerhard Friedrich Müller and English Astronomer Royal Nevil Maskelyne (1732–1811). Expeditions to explore remote parts of the country had Academy scientists as their leaders or most active participants. These included Vitus Bering's Second Kamchatka Peninsula, Kamchatka Expedition of 1733–1743, expeditions to observe the 1761 transit of Venus, 1769 transit of Venus from eight locations in Russian Empire, and the expeditions of Peter Simon Pallas (1741–1811) to Siberia. A separate organization, called the Russian Academy (russian: Академия Российская), was created in 1783 to work on the study of the Russian language. Presided over by Princess Yekaterina Vorontsova-Dashkova, Yekaterina Dashkova (who at the same time was the Director of the Imperial Academy of Arts and Sciences, i.e., the country's "main" academy), the Russian Academy was engaged in compiling the six-volume ''Academic Dictionary of the Russian Language'' (1789–1794). The Russian Academy was merged into the Imperial Saint Petersburg Academy of Sciences in 1841.

In the Soviet Union

Shortly after the October Revolution, in December 1917, Sergey Oldenburg, Sergey Fedorovich Oldenburg, a leading ethnographer and political activist in the Kadet party, met with Vladimir Lenin to discuss the future of the Academy. They agreed that the expertise of the Academy would be applied to addressing questions of state construction, while in return the Soviet government would give the Academy financial and political support. The most important activities of the Academy in the 1920s included an investigation of the large Kursk Magnetic Anomaly, of the minerals in the Kola Peninsula, and participation in the GOELRO plan targeted electrification of the whole country. In these years, many research institutions were established, and the number of scientists became four times larger than in 1917. In 1925 the Soviet government recognized the Russian Academy of Sciences as the "highest all-Union scientific institution" and renamed it the Academy of Sciences of the Soviet Union. In 1934, the Academy headquarters moved from Saint Petersburg, Leningrad to the capital,
Moscow Moscow (, ; rus, links=no, Москва, r=Moskva, p=mɐˈskva, a=Москва.ogg) is the capital and largest city of Russia Russia (russian: link=no, Россия, , ), or the Russian Federation, is a country spanning Eastern Europe ...
. The Stalin years are marked with a rapid industrialisation of the Soviet Union for which a great deal of research, mainly in the technical fields, has been done. However, on the other hand, in these very times, many scientists underwent Ideological repression in the Soviet Union#Ideological repression in science, repressions from ideological reasons. In the years of the World War II, Second World War, the Soviet Academy of Sciences made a big contribution to a development of modern weapons – tanks (new series of T-34), airplanes, degaussing the ships (for protection against the naval mines) etc. – and therefore to victory of the USSR over the Nazi Germany. During and after the war, the Academy was involved in the Soviet atomic bomb project; due to its success and other achievements in military techniques, the USSR became one of the superpowers in the Cold War era. At the end of the 1940s, the Academy consisted of eight divisions (Physico-Mathematical Science, Chemical Sciences, Geological-Geographical Sciences, Biological Science, Technical Science, History and Philosophy, Economics and Law, Literature and Languages); three committees (one for coordinating the scientific work of the Academies of the Republics, one for scientific and technical propaganda, and one for editorial and publications), two commissions (for publishing popular scientific literature, and for museums and archives), a laboratory for scientific photography and cinematography and Academy of Science Press departments external to the divisions. The Academy of Sciences of the USSR helped to establish national Academies of Sciences in all Soviet republics (with the exception of the Russian SFSR), in many cases delegating prominent scientists to live and work in other republics. In the case of the Ukraine, its academy was formed by the local Ukrainian scientists and prior to occupation of the Ukrainian People's Republic by Bolsheviks. These academies were: Among the most important achievements of the Academy of the second half of the 20th century, there is, first of all, the Soviet space program. In 1957 the Sputnik 1, first satellite was launched, in 1961 Yury Gagarin became the first person in space, and in 1971 the first Salyut 1, space station Salyut 1 began its operation. Substantial discoveries were also made in the nuclear branch and in other fields of physics. Furthermore, the Academy participated in opening new universities or new study programs in the already existed universities, whose best absolvents started their career at the research institutes of the Academy. Generally, the Soviet period was the most fruitful in the history of the Russian (Soviet, at these times) Academy of Sciences and is now recalled with nostalgy by many Russian scientists.