Rugby School is an English independent boarding school for pupils aged 13–18 in Rugby, Warwickshire, England. Founded in 1567 as a free grammar school for local boys, it is one of the oldest independent schools in Britain. Up to 1667, the school remained in comparative obscurity. Its re-establishment by Thomas Arnold during his time as Headmaster, from 1828 to 1841, was seen as the forerunner of the Victorian public school. It is one of the nine public schools considered by the Clarendon Commission of 1864 and subsequently subject to the Public Schools Act 1868. The school's alumni – or "Old Rugbeians" – include a UK Prime Minister, several bishops, prominent poets, scientists, writers and soldiers. Rugby School is the birthplace of Rugby football.

Rugby School was founded in 1567 as a provision in the will of Lawrence Sheriff, who had made his fortune supplying groceries to Queen Elizabeth I of England. Since Lawrence Sheriff lived in Rugby and the neighbouring Brownsover, the school was intended to be a free grammar school for the boys of those towns. Up to 1667, the school remained in comparative obscurity. Its history during that trying period is characterised mainly by a series of lawsuits between the Howkins family (descendants of the founder's sister), who tried to defeat the intentions of the testator, and the masters and trustees, who tried to carry them out. A final decision was handed down in 1667, confirming the findings of a commission in favour of the trust, and henceforth the school maintained a steady growth. "Floreat Rugbeia" is the traditional school song. In 1845, a committee of Rugby schoolboys, William Delafield Arnold, W. W. Shirley and Frederick Hutchins, wrote the "Laws of Football as Played At Rugby School", the first published set of laws for any code of football. It was no longer desirable to have only local boys attending and the nature of the school shifted, and so a new school – Lawrence Sheriff Grammar School – was founded in 1878 to continue Lawrence Sheriff's original intentions; that school receives a substantial proportion of the endowment income from Lawrence Sheriff's estate every year. Rugby was one of three provincial schools among the nine studied by the Clarendon Commission of 1861–64 (the schools considered being Eton, Charterhouse, Harrow, Shrewsbury, Westminster, and Winchester, and two day schools: St Paul's and Merchant Taylors). Rugby went on to be included in the Public Schools Act 1868, which ultimately related only to the boarding schools. The core of the school (which contains School House, featured in ''Tom Brown's Schooldays'') was completed in 1815 and is built around the Old Quad (quadrangle), with its Georgian architecture. Especially notable rooms are the Upper Bench (an intimate space with a book-lined gallery), the Old Hall of School House, and the Old Big School (which makes up one side of the quadrangle and was once the location for teaching all junior pupils). Thomas Hughes (like his fictional hero, Tom Brown) once carved his name on the hands of the school clock, situated on a tower above the Old Quad. The polychromatic school chapel, new quadrangle, Temple Reading Room, Macready Theatre and Gymnasium were designed by well-known Victorian Gothic revival architect William Butterfield in 1875, and the smaller Memorial Chapel was dedicated in 1922. The Temple Speech Room, named after former headmaster and Archbishop of Canterbury Frederick Temple (1858–69) is now used for whole-school assemblies, speech days, concerts, musicals – and BBC Mastermind. Between the wars, the Memorial Chapel, the Music Schools and a new Sanatorium appeared. By the twentieth century Rugby expanded and new buildings were built inspired by this Edwardian Era. The Temple Speech Room, named after former headmaster and Archbishop of Canterbury Frederick Temple (1858–69) and now used for whole-School assemblies, speech days, concerts, musicals – and BBC ''Mastermind''. Oak-panelled walls boast the portraits of illustrious alumni, including Neville Chamberlain holding his piece of paper. Between the wars, the Memorial Chapel, the Music Schools and a new Sanatorium appeared. In 1975 two girls were admitted to the sixth form, and the first girls’ house opened three years later, followed by three more. In 1992, the first 13-year-old girls arrived, and in 1995 Rugby had its first-ever Head Girl, Louise Woolcock, who appeared on the front page of ''The Times''. In September 2003 a last girls’ house was added. Today, total enrolment of day pupils, from forms 4 to 12, numbers around 800. 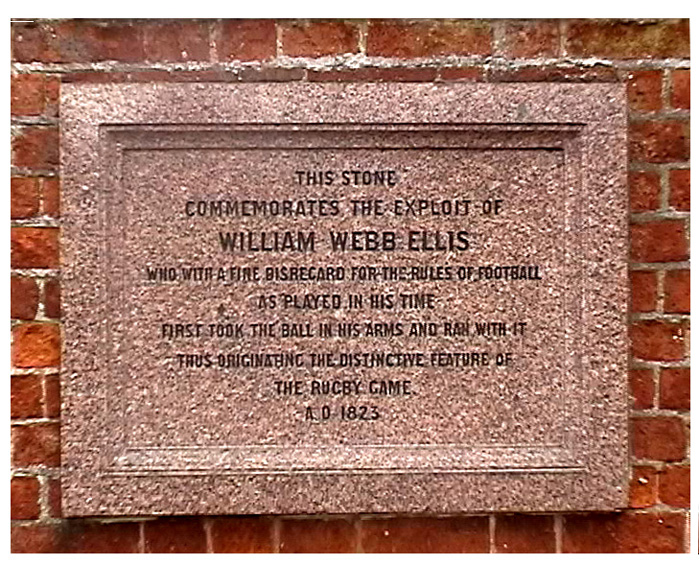 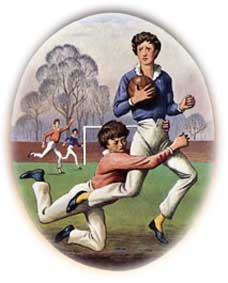