Ronald John Garan Jr. (born October 30, 1961) is a retired NASA astronaut. After graduating from State University of New York College at Oneonta in 1982, he joined the Air Force, becoming a Second Lieutenant in 1984. He became an F-16 pilot, and flew combat missions in Desert Shield and Desert Storm. Before becoming an astronaut he was the Operations Officer of the 40th Flight Test Squadron (FTS). He first flew in space as a Mission Specialist on the STS-124 mission to the International Space Station (ISS). He returned to ISS on April 4, 2011, for a six-month stay as a member of Expedition 27.

Born on October 30, 1961, in Yonkers, New York, Ron Garan is of Russian descent. He is married to the former Carmel Courtney of Brooklyn, New York, and Scranton, Pennsylvania. They have three sons. His father, Ronald Garan Sr., resides in Yonkers. His mother, Linda Lichtblau, resides in Port St. Lucie, Florida, with her husband, Peter Lichtblau. His recreational interests include running, football, coaching and teaching Sunday School classes to children. Garan is a devout Roman Catholic. His description of coming back to earth in a Soyuz capsule was "like going over Niagara Falls in a barrel (that's on fire) followed by a high speed crash". Garan serves on the Advisory Council of Represent.Us, a nonpartisan anti-corruption organization.

* Society of Experimental Test Pilots * Engineers Without Borders * Founder of the Manna Energy Foundation * International Solar Energy Society * Writer and mentor for Unreasonable.is since September 2013, a social entrepreneurship hub founded by Daniel A. Epstein Ron is the founder of the Fragile Oasis project, aimed at further integrating space and planetary sciences and the promotion of user projects "connecting space and Earth"

He is also the vice president of Spaceship Earth Grants, a public benefit corporation whose mission is to make space more accessible through human spaceflight and parabolic flight awards to individual applicants.

Garan received his commission as a Second Lieutenant in the United States Air Force from the Air Force Officer Training School at Lackland Air Force Base, Texas, in 1984. Upon completion, he attended Undergraduate Pilot Training (UPT) at Vance AFB, Oklahoma and earned his wings in 1985. He then completed F-16 training at Luke Air Force Base, Arizona and reported to Hahn Air Base in former West Germany where he served as a combat ready F-16 pilot in the 496th Tactical Fighter Squadron (TFS), from 1986–88. In March 1988, he was reassigned to the 17th TFS, Shaw Air Force Base, South Carolina, where he served as an instructor pilot, evaluator pilot, and combat ready F-16 pilot. While stationed at Shaw he attended the USAF Fighter Weapons School, graduating in 1989, and then returned to the 17th TFS to assume the position of Squadron Weapons Officer. From August 1990 through March 1991, he deployed to Southwest Asia in support of Operations Desert Shield/Desert Storm where he flew combat missions in the F-16. In 1991, Garan was reassigned to the USAF Weapons School where he served as an F-16 Weapons School Instructor Pilot, Flight Commander and Assistant Operations Officer. In 1994, he was reassigned to the 39th Flight Test Squadron (39th FTS), Eglin Air Force Base, Florida where he served as a developmental test pilot and chief F-16 pilot. Garan attended the U.S. Naval Test Pilot School at the Naval Air Station Patuxent River, Maryland, from January to December 1997, after which he was reassigned to the 39th FTS, Eglin Air Force Base, where he served as the Director of the Joint Air to Surface Standoff Missile Combined Test Force. Garan was the Operations Officer of the 40th Flight Test Squadron when he was selected as an astronaut for NASA. He has logged over 5,000 hours in more than thirty different aircraft. On June 1, 2009, Garan retired from the Air Force. 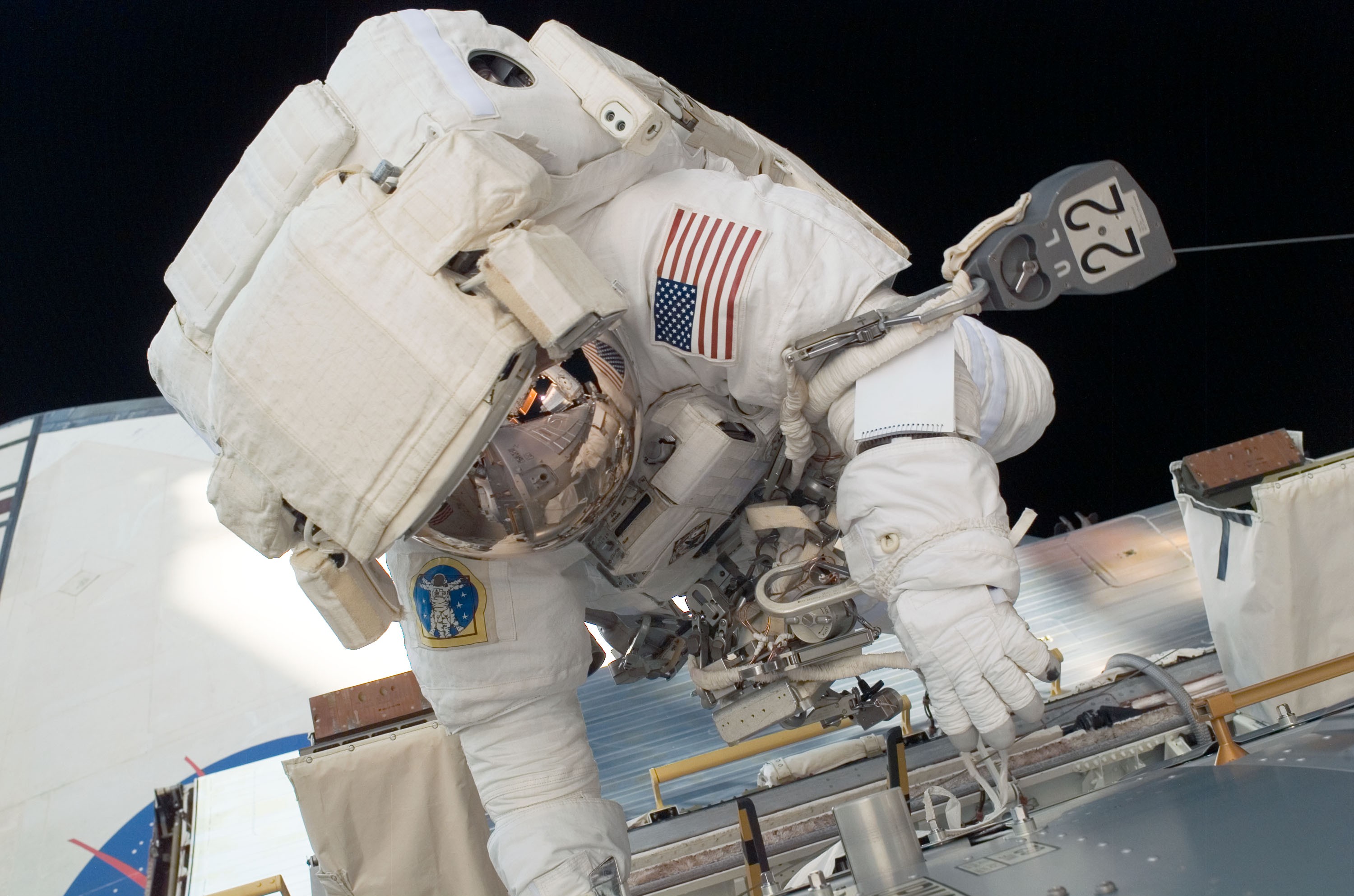 Selected as a pilot by NASA in July 2000, Colonel Garan reported for training in August 2000. Following the completion of two years of training and evaluation, he was assigned technical duties in the Astronaut Office Station and Shuttle Operations Branches. In April 2006, Garan became an aquanaut through his participation in the joint NASA-National Oceanic and Atmospheric Administration, NEEMO 9 (NASA Extreme Environment Mission Operations) project, an exploration research mission held in Aquarius, the world's only undersea research laboratory. During this eighteen-day mission, the six-person crew of NEEMO 9 developed lunar surface exploration procedures and telemedical technology applications in support of the United States' Vision for Space Exploration. Ron Garan completed his first space flight in 2008 on STS-124 as Mission Specialist 2 for ascent and entry, and has logged over 13 days in space and 27 hours and 3 minutes of EVA in four spacewalks.

* STS-124 Discovery (May 31 to June 14, 2008) was the 123rd Space Shuttle flight, and the 26th Shuttle flight to the International Space Station. STS-124 was launched from the Kennedy Space Center in Cape Canaveral, Florida, and docked with the International Space Station on June 2 to deliver the Japanese Experiment Module Pressurized Module (JEM-PM) and the Japanese Remote Manipulator System. During the nine days docked to the space station, the STS-124 Shuttle astronauts delivered the 37-foot (11-meter) Kibo lab and moved the Logistics Module to its permanent home on the top of the JEM-PM. Garan accumulated 20 hours and 32 minutes of Extra-vehicular activity time in three spacewalks required to maintain the station and to prime the new Japanese module's robotic arm. STS-124 also delivered a new station crew member, Expedition 17 Flight Engineer Greg Chamitoff. He replaced Expedition 16 Flight Engineer Garrett Reisman, who returned to Earth with the STS-124 crew. The STS-124 mission was completed in 218 orbits, traveling 5,735,643 miles in 13 days, 18 hours, 13 minutes and 7 seconds. * Ron Garan's second mission was as a crew member on Expedition 27/28. His Soyuz TMA-21 launch craft was named ''Gagarin'' in honor of the 50th anniversary, eight days after its launch on April 4, of the first human spaceflight by Yuri Gagarin. Garan participated in the last space-shuttle-based spacewalk during the STS-135 mission, accumulating an additional 6 hours and 31 minutes of Extra-vehicular activity time. He returned to Earth aboard TMA-21 on September 16, 2011. The Soyuz TMA-21 "Gagarin" descent module is in permanent exhibition at the German Titov Museum in Polkovnikovo, Altai Kray, Siberia. 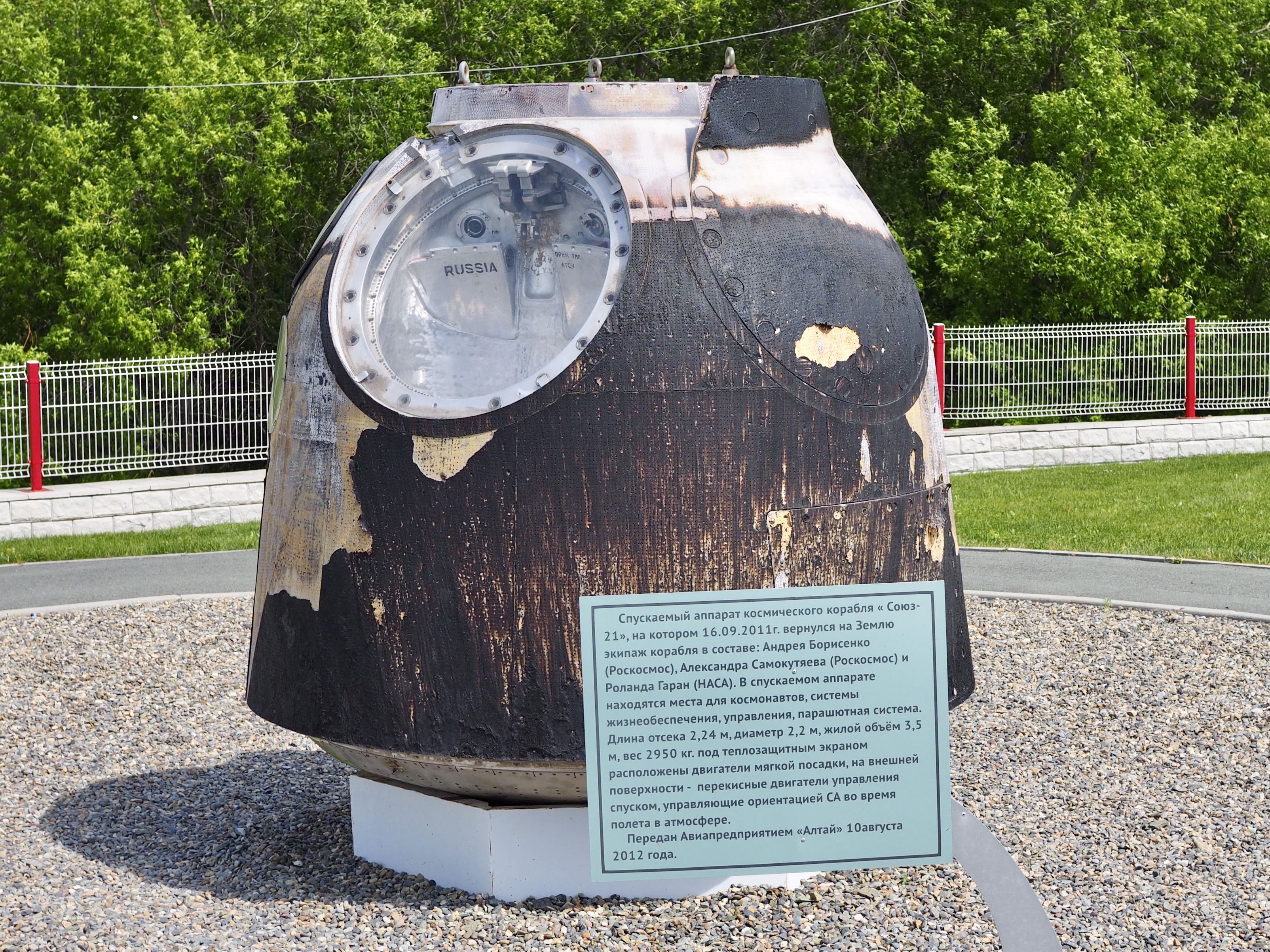 Before his flight aboard Discovery in 2008, Garan asked the women religious of a Carmelite community in New Caney, Texas, for their prayers and told them he could take an item into space for them. The sisters gave him relics of St. Thérèse of Lisieux, and quoted her words:

I have the vocation of an apostle. I would like to travel over the whole earth to preach your name and to plant your glorious cross on infidel soil. But oh, my beloved, one mission would not be enough for me, I would want to preach the Gospel on all five continents simultaneously and even to the most remote isles. I would be a missionary, not for a few years but from the beginning of creation until the consummation of the ages.

Garan is the founder of the Manna Energy Foundation, which is assisting the villages of Rwanda to make potable water. On June 24, 2009, Garan met Pope Benedict XVI at his general audience.

In 2014, Garan retired from NASA to work on communicating what he called the "Orbital Perspective". He has published a book called ''The Orbital Perspective - Lessons in Seeing the Big Picture from a Journey of 71 Million Miles'' and is working on a documentary called ''Orbital''. On February 23, 2016, World View Enterprises has announced that Ron Garan will be chief pilot for current robotic flight operations and upcoming human spaceflights via balloon.