Click Here for Items Related To - Ranchos of California


The Spanish and Mexican governments made many concessions and land grants in Alta California (now known as California and Baja California) from 1785 to 1846. The Spanish Concessions of land were made to retired soldiers as an inducement for them to remain in the frontier. These Concessions reverted to the Spanish crown upon the death of the recipient. The Mexican government later encouraged settlement by issuing much larger land grants to both native-born and naturalized Mexican citizens. The grants were usually two or more square leagues, or in size. Unlike Spanish Concessions, Mexican land grants provided permanent, unencumbered ownership rights. Most ranchos granted by Mexico were located along the California coast around San Francisco Bay, inland along the Sacramento River, and within the San Joaquin Valley. When the government secularized the Mission churches in 1833, they required that land be set aside for each Neophyte family. But the Native Americans were quickly brushed aside by Californios who, with the help of those in power, acquired the church lands as grants. The indigenous peoples of the Americas ("Indians") instead became virtual slaves of the rancheros. Spain made about 30 concessions between 1784 and 1821, and Mexico issued about 270 land grants between 1833 and 1846. The ranchos established permanent land-use patterns. The rancho boundaries became the basis for California's land survey system, and are found on modern maps and land titles. The "rancheros" (rancho owners) patterned themselves after the landed gentry of New Spain, and were primarily devoted to raising cattle and sheep. Their workers included Native Americans who had learned Spanish while living at one of the former Missions. The ranchos were often based on access to the resources necessary for raising cattle, such as grazing lands and water. Land development from that time forward has often followed the boundaries of the ranchos, and many of their names are still in use. For example, Rancho San Diego is now an unincorporated "rural-burb" east of San Diego, and Rancho Bernardo is a suburb in San Diego.

During Spanish rule (1769–1821), the ranchos were concessions from the Spanish crown, permitting settlement and granting grazing rights on specific tracts of land, while the crown retained the title. Settlement on the ranchos outside presidio, mission, and pueblo boundaries began in 1784, when Juan José Domínguez received permission from Spanish Governor Pedro Fages to graze his cattle on the Rancho San Pedro. The land concessions were usually measured in leagues. A league of land would encompass a square that is one Spanish league on each side – approximately . 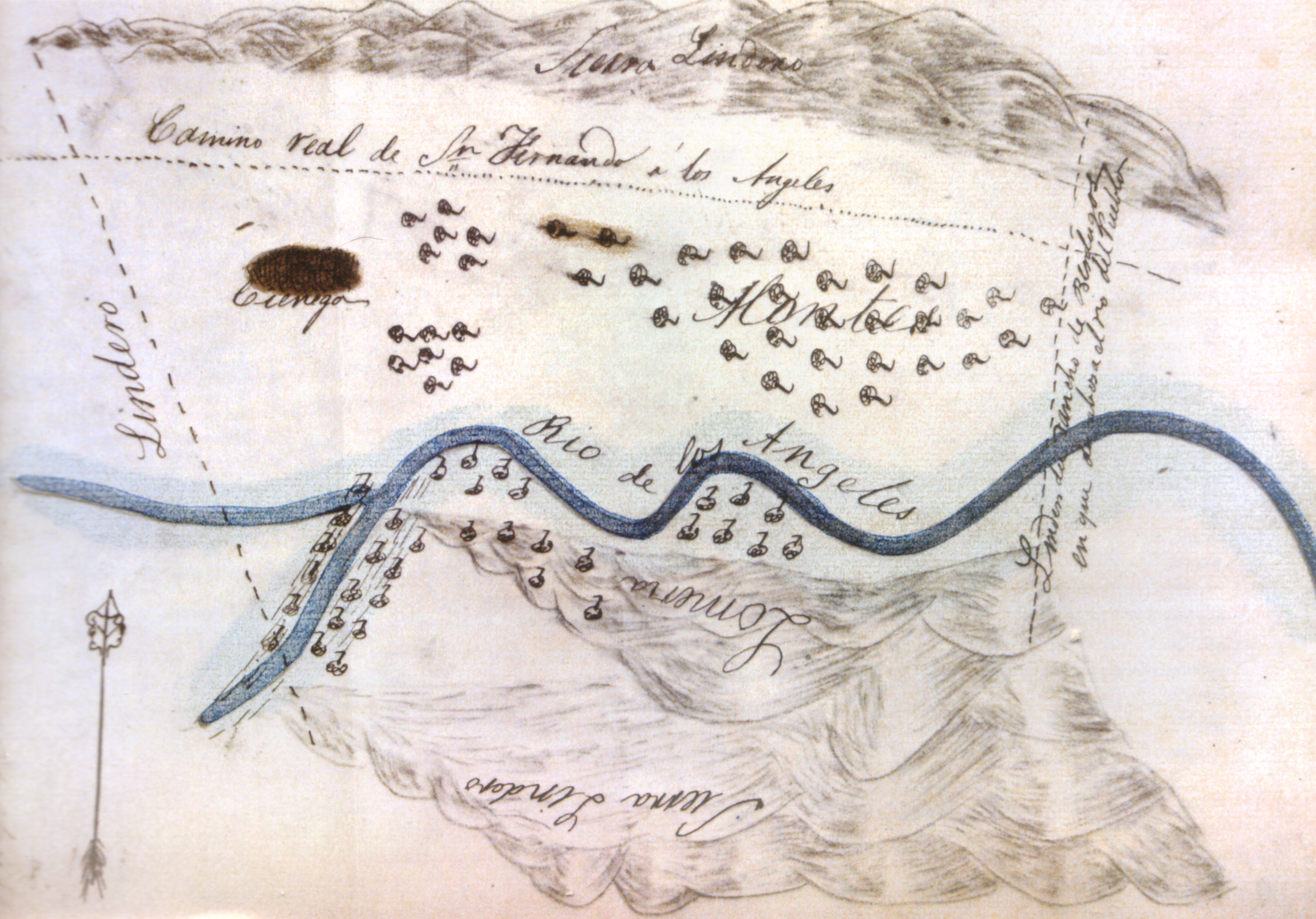 During the Mexican era (1821–1846), grantees received legal title to the land. In 1821, Mexico achieved its independence from Spain, and California came under control of the Mexican government. The 1824 Mexican Colony Law established rules for petitioning for land grants in California; and by 1828, the rules for establishing land grants were codified in the Mexican Reglamento (Regulation). The Acts sought to break the land monopoly of the missions and also paved the way for luring additional settlers to California by making land grants easier to obtain. The Mexican Governors of Alta California gained the power to grant state lands, and many of the Spanish concessions were subsequently patented under Mexican law—frequently to local "friends" of the governor.

Soldiers, rancheros, farmers, and those in power coveted the rich coastal lands that the missions controlled. The Mexican government was also fearful about the missions which remained loyal to the Pope and the Catholic Church in Spain. In August 1833, the government secularized all of the missions and their valuable lands, about per mission. The Mexican government allowed the padres to keep only the church, priest's quarters, and priest's garden. The army troops guarding each Mission were dismissed. The government stipulated that one half the mission lands and property was to be given to neophytes in grants of of arable land along with land "in common" sufficient "to pasture their stock." A board of magistrates was to oversee the mission's crops and herds, while the land was to be divided into communal pasture, a town plot, and individual plots intended for each Indian family. In addition, one half of the herds were to be divided proportionately among the neophyte families. But this purpose was never accomplished. In truth, only a very few Indians of Alta California were educationally or culturally equipped to accept the offering. Instead, they were further exploited by the rancheros and in many cases became virtual slaves.