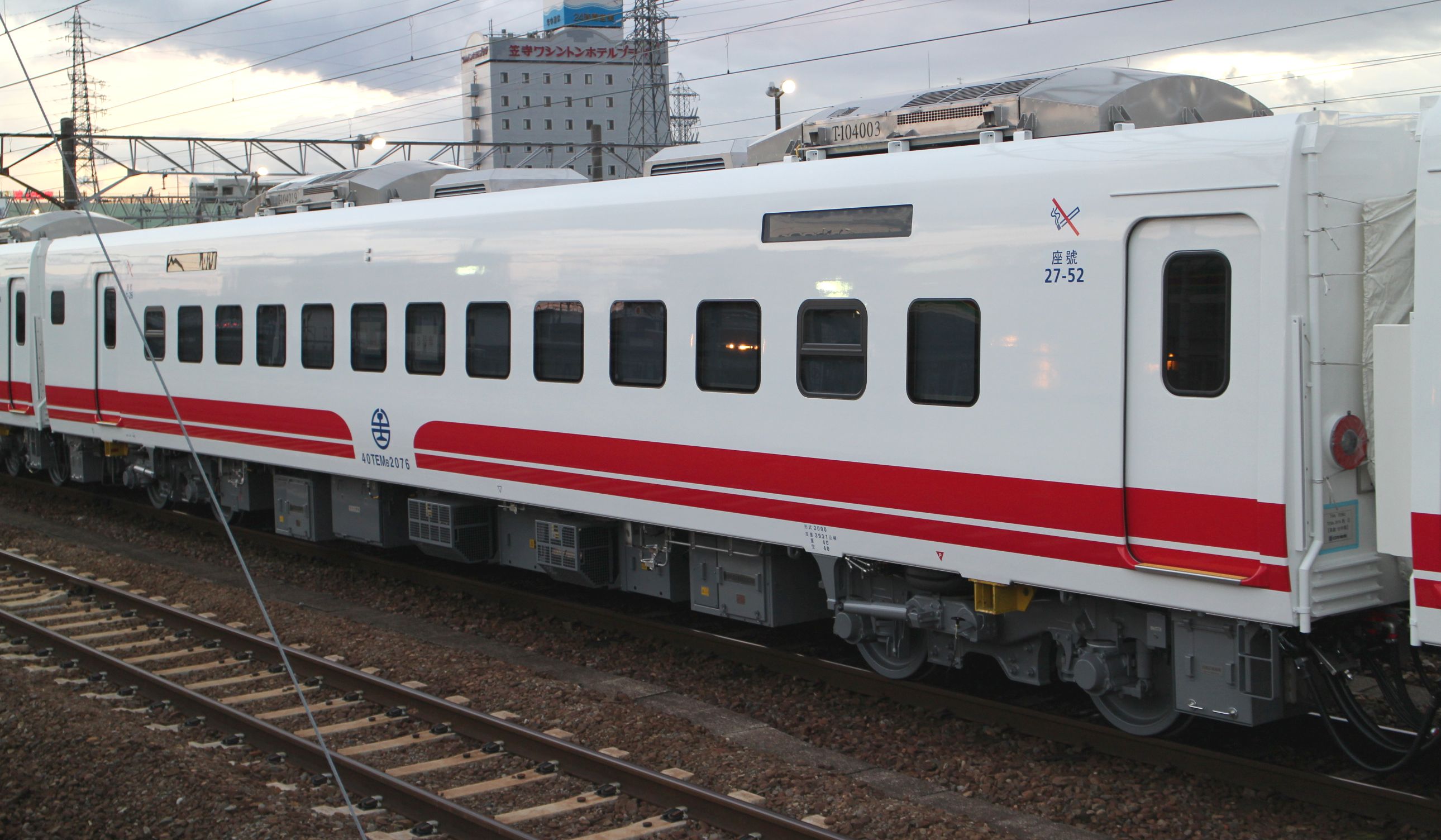 A railroad car, railcar (American and Canadian English), railway wagon, railway carriage, railway truck, railwagon, railcarriage or railtruck (British English and UIC), also called a train car, train wagon, train carriage or train truck, is a vehicle used for the carrying of cargo or passengers on a rail transport system (a railroad/railway). Such cars, when coupled together and hauled by one or more locomotives, form a train. Alternatively, some passenger cars are self-propelled in which case they may be either single railcars or make up multiple units. The term "car" is commonly used by itself in American English when a rail context is implicit. Indian English sometimes uses "bogie" in the same manner, though the term has other meanings in other variants of English. In American English, "railcar" is a generic term for a railway vehicle; in other countries "railcar" refers specifically to a self-propelled, powered, railway vehicle. Although some cars exist for the railroad's own use – for track maintenance purposes, for example – most carry a revenue-earning load of passengers or freight, and may be classified accordingly as passenger cars or coaches on the one hand or freight cars (or ''wagons'') on the other.

Passenger cars, or coaches, vary in their internal fittings: In standard-gauge cars, seating is usually configured into ranges of between three and five seats across the width of the car, with an aisle in between (resulting in arrangements of 2+1, 2+2 or 3+2 seats) or at the side. Tables may be provided between seats facing one another. Alternatively, seats facing in the same direction may have access to a fold-down ledge on the back of the seat in front. * If the aisle is located between seats, seat rows may face the same direction, or be grouped, with twin rows facing each other. * In some vehicles intended for commuter services, seats are positioned with their backs to the side walls, either on one side or more commonly on both, facing each other across the aisle. This gives a wide accessway and allows room for standing passengers at peak times, as well as improving loading and unloading speeds. * If the aisle is at the side, the car is usually divided into small compartments. These usually contain six seats, although sometimes in second class they contain eight, and sometimes in first class they contain four. Passenger cars can take the electricity supply for heating and lighting equipment from either of two main sources: directly from a head end power generator on the locomotive via bus cables, or by an axle-powered generator which continuously charges batteries whenever the train is in motion. Modern cars usually have either air-conditioning or windows that can be opened (sometimes, for safety, not so far that one can hang out), or sometimes both. Various types of onboard train toilet facilities may also be provided. Other types of passenger car exist, especially for long journeys, such as the dining car, parlor car, disco car, and in rare cases theater and movie theater car. In some cases another type of car is temporarily converted to one of these for an event. Observation cars were built for the rear of many famous trains to allow the passengers to view the scenery. These proved popular, leading to the development of dome cars multiple units of which could be placed mid-train, and featured a glass-enclosed upper level extending above the normal roof to provide passengers with a better view. Sleeping cars outfitted with (generally) small bedrooms allow passengers to sleep through their night-time trips, while couchette cars provide more basic sleeping accommodation. Long-distance trains often require baggage cars for the passengers' luggage. In European practice it used to be common for day coaches to be formed of compartments seating 6 or 8 passengers, with access from a side corridor. In the UK, Corridor coaches fell into disfavor in the 1960s and 1970s partially because open coaches are considered more secure by women traveling alone. Another distinction is between single- and double deck train cars. An example of a double decker is the Amtrak superliner. A "trainset" (or "set") is a semi-permanently arranged formation of cars, rather than one created "ad hoc" out of whatever cars are available. These are only broken up and reshuffled 'on shed' (in the maintenance depot). Trains are then built of one or more of these 'sets' coupled together as needed for the capacity of that train. Often, but not always, passenger cars in a train are linked together with enclosed, flexible gangway connections through which passengers and crewmen can walk. Some designs incorporate semi-permanent connections between cars and may have a full-width connection, effectively making them one long, articulated 'car'. In North America, passenger cars also employ tightlock couplings to keep a train together in the event of a derailment or other accident. Many multiple unit trains consist of cars which are semi-permanently coupled into sets: these sets may be joined together to form larger trains, but generally passengers can only move around between cars within a set. This "closed" arrangement keeps parties of travellers and their luggage together, and hence allows the separate sets to be easily split to go separate ways. Some multiple-unit trainsets are designed so that corridor connections can be easily opened between coupled sets; this generally requires driving cabs either set to the side or (as in the Dutch ''Koploper'' or the Japanese 285 series) above the passenger compartment. These cabs or driving trailers are also useful for quickly reversing the train.

Freight cars (US/Canada), goods wagons (UIC), or trucks (UK) exist in a wide variety of types, adapted to carry a host of goods. Originally there were very few types of cars; the flat car or wagon, and the boxcar (US/Canada), covered wagon (UIC) or van (UK), were among the first.

The first two main-line all aluminum passenger cars were exhibited at the 1933-35 Chicago World's Fair by Pullman Company. Aluminum freightcars have a higher net-to-tare ratio of 4.9 than traditional steel based wagons, which have 3.65. 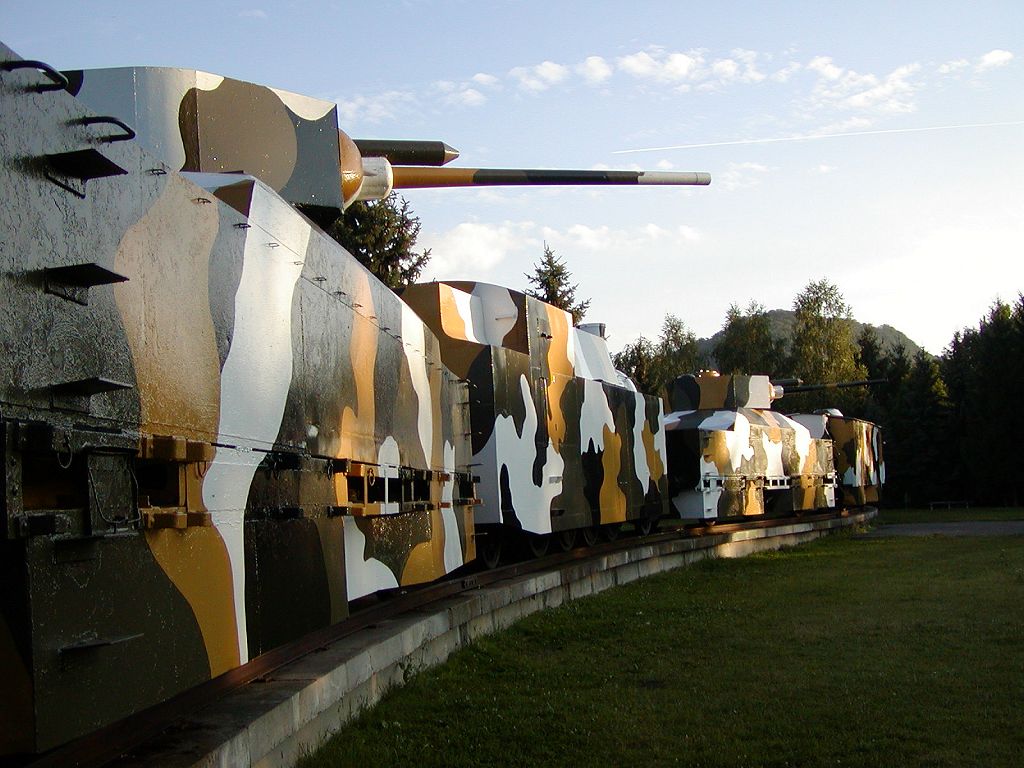 During the Cold War, the Soviet Union fielded a number of trains that served as mobile missile silos. These trains carried the missile and everything necessary to launch, and were kept moving around the railway network to make them difficult to find and destroy in a first-strike attack. A similar rail-borne system was proposed in the United States of America for the LGM-30 Minuteman in the 1960s, and the Peacekeeper Rail Garrison in the 1980s, but neither were deployed. The Strategic Air Command's 1st Combat Evaluation RBS "Express" did deploy from Barksdale Air Force Base with radar bomb scoring units mounted on military railroad cars with supporting equipment, to score simulated thermonuclear bombing of cities in the continental United States.