Puerto Rico ('; abbreviated PR, tnq|Boriken, Borinquen), officially the Commonwealth of Puerto Rico ( es|link=yes|Estado Libre Asociado de Puerto Rico|lit=Free Associated State of Puerto Rico) is a Caribbean island and unincorporated territory of the United States. It is located in the northeast Caribbean Sea, approximately southeast of Miami, Florida. The Commonwealth is an archipelago among the Greater Antilles located between the Dominican Republic and the U.S. Virgin Islands; it includes the eponymous main island and several smaller islands, such as Mona, Culebra, and Vieques. The capital and most populous city is San Juan. Puerto Rico has roughly 3.2 million residents, exceeding over 20 U.S. states. Spanish and English are the official languages of the executive branch of government, though Spanish predominates. Originally populated by the indigenous Taíno people, Puerto Rico was colonized by Spain following the arrival of Christopher Columbus in 1493. It was contested by other European powers, but remained a Spanish possession for the next four centuries. Spanish rule led to the displacement and assimilation of the native population, the forced migration of African slaves, and settlement primarily from the Canary Islands and Andalusia. Within the Spanish Empire, Puerto Rico played a secondary but strategic role compared to wealthier colonies like Peru and New Spain. By the late 19th century, a distinct Puerto Rican identity began to emerge, centered around a fusion of indigenous, African, and European elements. In 1898, following the Spanish–American War, the United States acquired Puerto Rico. Puerto Ricans have been U.S. citizens since 1917, and can move freely between the island and the mainland. However, as residents of an unincorporated territory, American citizens in Puerto Rico are disenfranchised at the national level, do not vote for the president or vice president, and generally do not pay federal income tax.

Puerto Rico is Spanish for "rich port". Puerto Ricans often call the island , a derivation of , its indigenous Taíno name, which means "Land of the Valiant Lord". The terms and derive from and respectively, and are commonly used to identify someone of Puerto Rican heritage. The island is also popularly known in Spanish as , meaning "the island of enchantment". Columbus named the island , in honor of Saint John the Baptist, while the capital city was named ("Rich Port City"). Eventually traders and other maritime visitors came to refer to the entire island as Puerto Rico, while San Juan became the name used for the main trading/shipping port and the capital city. The island's name was changed to ''Porto Rico'' by the United States after the Treaty of Paris of 1898. The anglicized name was used by the U.S. government and private enterprises. The name was changed back to Puerto Rico in 1931 by a joint resolution in Congress introduced by Félix Córdova Dávila. The official name of the entity in Spanish is ("free associated state of Puerto Rico"), while its official English name is Commonwealth of Puerto Rico. 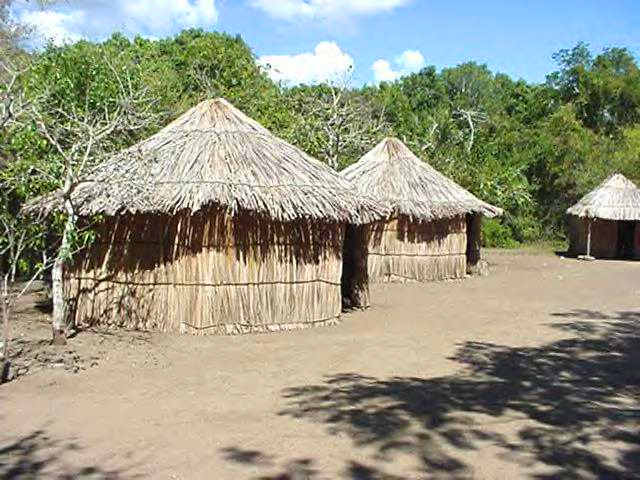 The ancient history of the archipelago which is now Puerto Rico is not well known. Unlike other indigenous cultures in the New World (Aztec, Maya and Inca) which left behind abundant archeological and physical evidence of their societies, scant artifacts and evidence remain of the Puerto Rico's indigenous population. Scarce archaeological findings and early Spanish accounts from the colonial era constitute all that is known about them. The first comprehensive book on the history of Puerto Rico was written by Fray Íñigo Abbad y Lasierra in 1786, nearly three centuries after the first Spaniards landed on the island. The first known settlers were the Ortoiroid people, an Archaic Period culture of Amerindian hunters and fishermen who migrated from the South American mainland. Some scholars suggest their settlement dates back about 4,000 years. An archeological dig in 1990 on the island of Vieques found the remains of a man, designated as the "Puerto Ferro Man", which was dated to around 2000 BC. The Ortoiroid were displaced by the Saladoid, a culture from the same region that arrived on the island between 430 and 250 BCE.