Click Here for Items Related To - Port of Shanghai 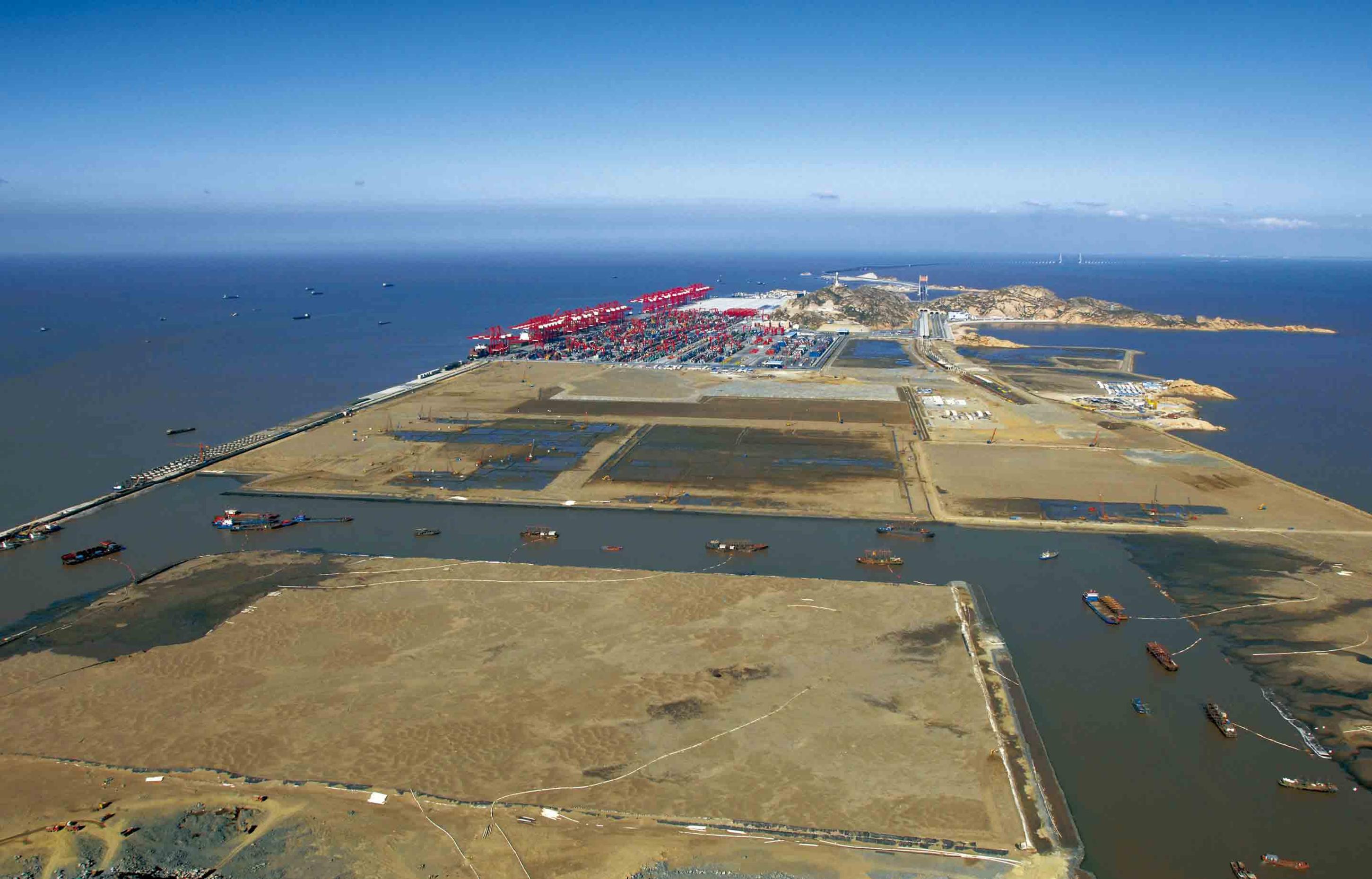 The Port of Shanghai (), located in the vicinity of Shanghai, comprises a deep-sea port and a river port. The main port enterprise in Shanghai, the Shanghai International Port Group (SIPG), was established during the reconstitution of the Shanghai Port Authority. Companies such as the Shanghai Port Container Co. and Waigaoqiao Bonded Zone Port Co. were involved in port of Shanghai. In 2010, Shanghai port overtook the Port of Singapore to become the world's busiest container port. Shanghai's port handled 29.05 million TEU, whereas Singapore's was a half million TEU behind. Shanghai handled 43.3 million TEU in 2019. Shanghai is one of only 4 port-cities in the world to be categorised as a large-port Megacity, due to its high volumes of port traffic and large urban population.

The Port of Shanghai faces the East China Sea to the east and Hangzhou Bay to the south. It includes the confluences of the Yangtze River, Huangpu River (which enters the Yangtze River) and Qiantang River.