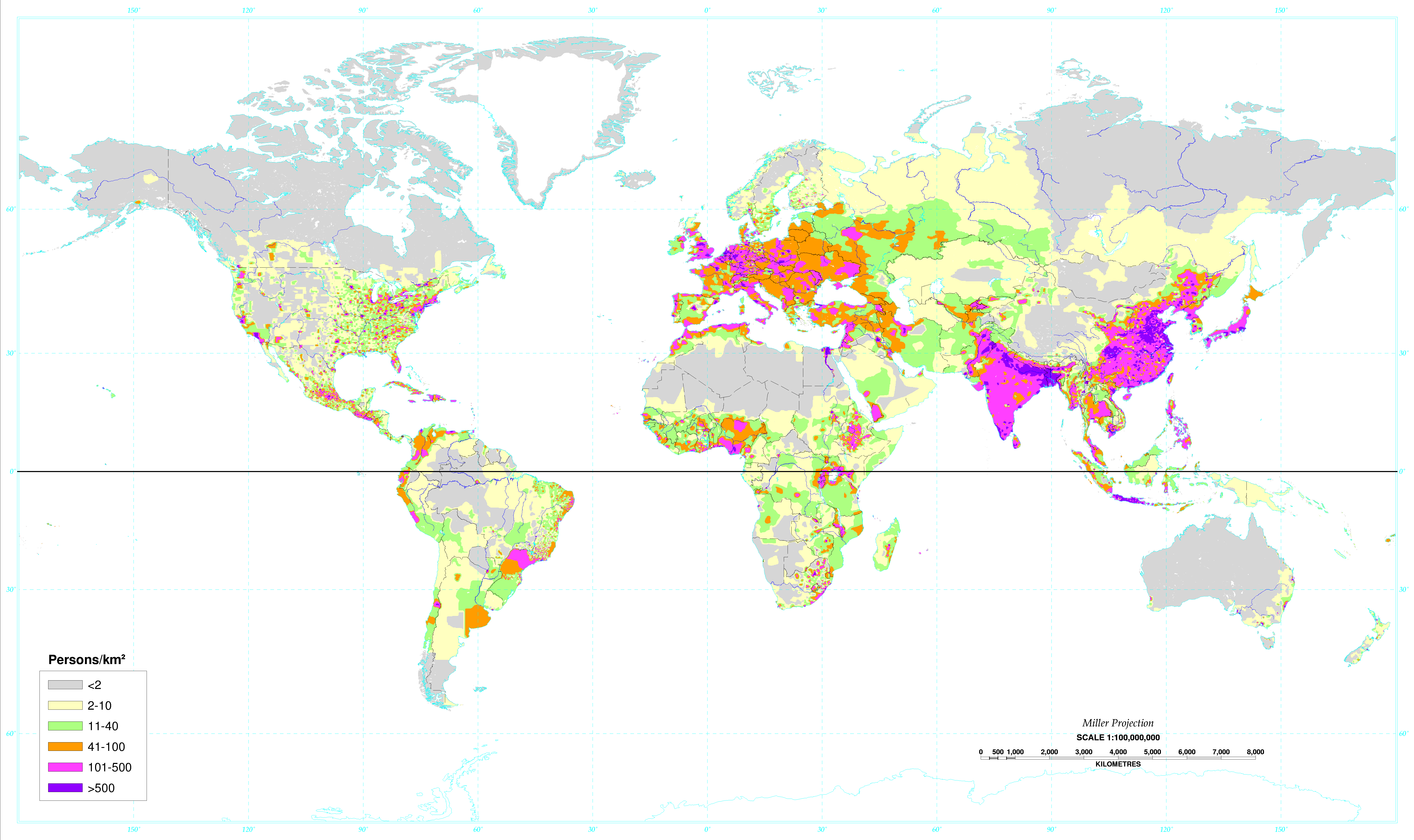 thumb|upright=2.05|Population density (people per km2) map of the world in 2005 Population density (in agriculture: standing stock or plant density) is a measurement of population per unit area, or exceptionally unit volume; it is a quantity of type number density. It is frequently applied to living organisms, most of the time to humans. It is a key geographical term. In simple terms, population density refers to the number of people living in an area per square kilometre.