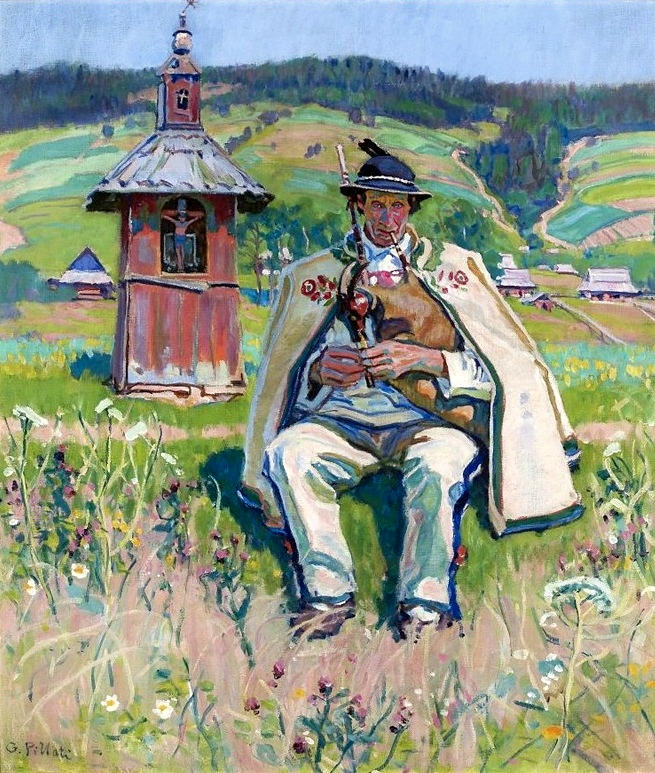 The Gorals ( pl|Górale; sk|Gorali; Cieszyn Silesian: ''Gorole''; literally "highlanders") are an ethnographic (or ethnic) group primarily found in their traditional area of southern Poland, northern Slovakia, and in the region of Cieszyn Silesia in the Czech Republic (Silesian Gorals). There is also a significant Goral diaspora in the area of Bukovina in western Ukraine and in northern Romania, as well as in Chicago, the seat of the Polish Highlanders Alliance of North America.

area) - "Grojcowianie" folk band]] In Poland, the community inhabits the geographical region of Podhale of the Tatra Mountains and parts of the Beskids (Cieszyn Silesia, Silesian Beskids, Żywiec Beskids). After 1945 when the Germans were expelled from the so-called Recovered Territories, some Górals from Bukovina and the Podhale regions found new homes in Lower Silesia in villages such as Krajanów, Czarny Bór, and Borówna in the Central Sudete Mountains, as well as Złotnik, Brzeźnica and Lubomyśl in Lubusz Voivodeship. In present-day Slovakia they live in 4 separate groups: in northern Spiš (34 villages subdivided in two groups), Orava and Kysuce (2 villages) and smaller groups in 7 other enclave villages in northern Slovakia. The main settlements of Gorals include: *Zakopane *Poronin *Murzasichle *Zawoja

The West Slavic, Polish dialects spoken by the Gorals share many linguistic features with neighboring East Slavic languages spoken by other Carpathian highlanders, especially the Rusyn language spoken by the Hutsuls, Lemkos, and Boykos. The various dialects spoken by the Gorals descend from Proto-Slavic from the Eastern Lechitic, Old Polish area, superimposed by Slovak. In particular, the language of Podhale, called the Podhale dialect ( pl|gwara podhalańska), is of Polish origin, but has been influenced by Slovak in recent centuries. It is a subdialect of the Lesser Polish dialect cluster. In addition to Polish, the language contains some vocabulary of other origins, including Slovak, Eastern Romance, and words of uncertain origin that have cognates in other languages of the Carpathian region. Jabłonkowanie, a phonological feature similar to mazurzenie, occurs in some Silesian dialects. 14th- and 15th-century palatal consonant pronunciation (called "Podhale archaisms") features are preserved in the Podhale dialect. K. Dobroslowski asserted that the Podhale dialect had loan-words from Romanian and Albanian (1938), as well as similar belief system elements, music and material culture.

In the 16th and 17th centuries Gorals settled the upper Kysuca, Orava rivers, and part of northern Spiš. These territories were part of the northern Kingdom of Hungary. The mountainous regions were settled with pastoral Slavs with the "Vlach law". In 1803–19, Gorals migrated to Bukovina.