The overseas departments and regions of France (french: départements et régions d'outre-mer, ; ''DROM'') are departments of France that are outside metropolitan France, the European part of France. They have exactly the same status as mainland France's regions and departments. The French Constitution provides that, in general, French laws and regulations (France's civil code, penal code, administrative law, social laws, tax laws, etc.) apply to French overseas regions the same as in metropolitan France, but can be adapted as needed to suit the region's particular needs. Hence, the local administrations of French overseas regions cannot themselves pass new laws. As integral parts of France and the European Union, overseas departments are represented in the National Assembly, Senate, and Economic and Social Council, vote to elect members of the European Parliament (MEP), and also use the euro as their currency. The overseas departments and regions are not the same as the overseas collectivities, which have a semi-autonomous status. Each overseas department is the sole department in its own overseas region (french: région d'outre-mer) with powers identical to the regions of metropolitan France. Because of the one-to-one correspondence, informal usage does not distinguish the two, and the French media uses the term french: label=none|département d’outre-mer (''DOM'') almost exclusively. Since March 2011, the five overseas departments and regions of France are: * French Guiana in South America; * Guadeloupe and Martinique in the Caribbean; * Mayotte and Réunion in the Indian Ocean, off the coast of East Africa. Guadeloupe and Réunion each have separate departmental and regional councils, while in Mayotte, Guiana and Martinique, the two layers of government are consolidated so one body wields both sets of powers. The overseas departments acquired these additional powers in 1982, when France's decentralisation policy dictated that they be given elected regional councils and other regional powers; however, the term "overseas region" was only introduced with the French constitutional amendment of 28 March 2003.

France's earliest, short-lived attempt at setting up overseas departments was after Napoleon's conquest of the Republic of Venice in 1797, when the hitherto Venetian Ionian islands fell to the French Directory and were organised as the departments of ''Mer-Égée'', ''Ithaque'' and ''Corcyre''. In 1798 the Russian Admiral Fyodor Ushakov evicted the French from these islands, and though France regained them in 1807, the three departments were not revived. Under the 1947 Constitution of the Fourth Republic, the French colonies of Algeria in North Africa, Guadeloupe and Martinique in the Caribbean, French Guiana in South America, and Réunion in the Indian Ocean were defined as overseas departments. Algeria became independent in 1962 while the others are still French departments. 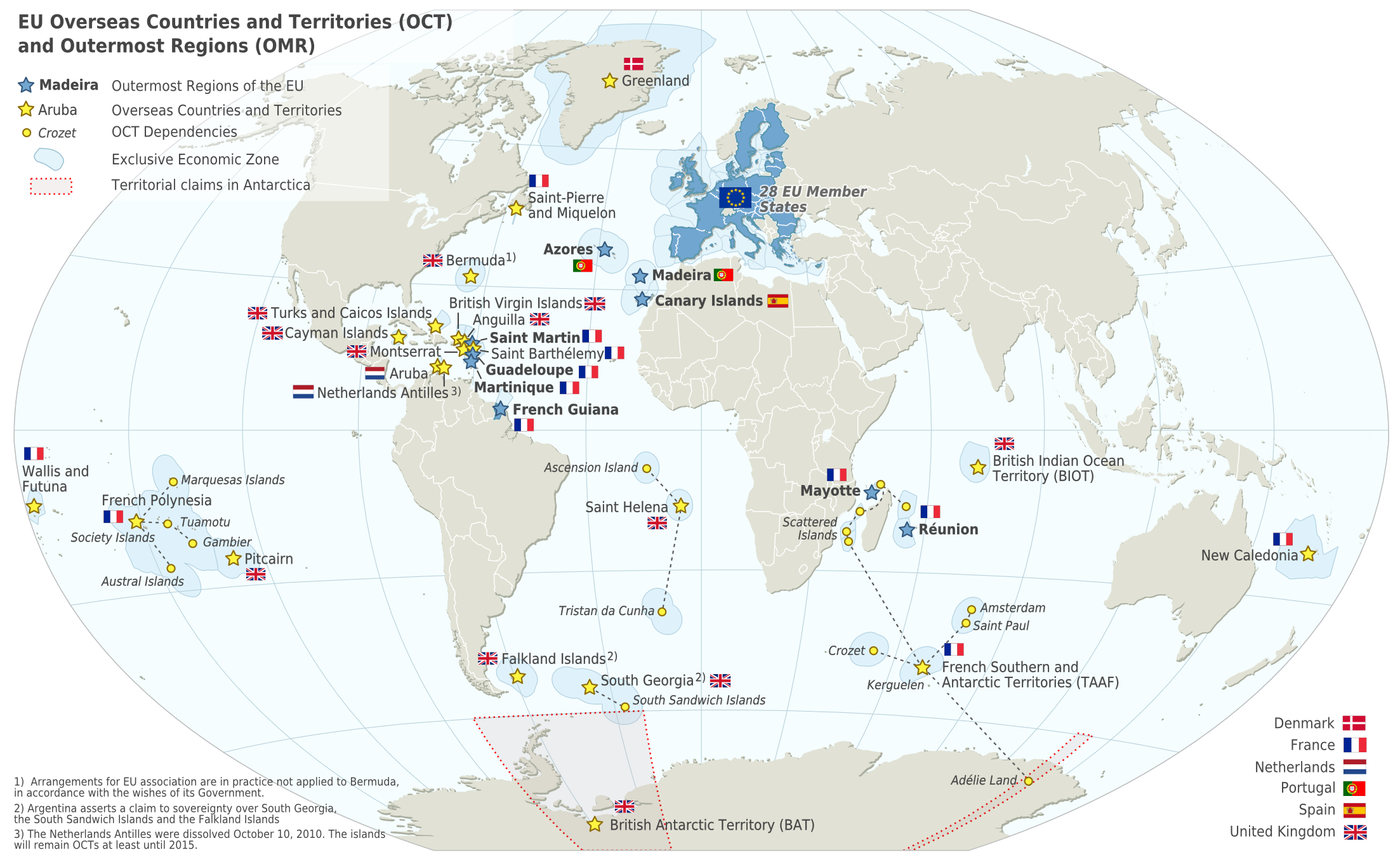 *
Ministry of the overseas departments and territories
*