Click Here for Items Related To - Order of Charles III 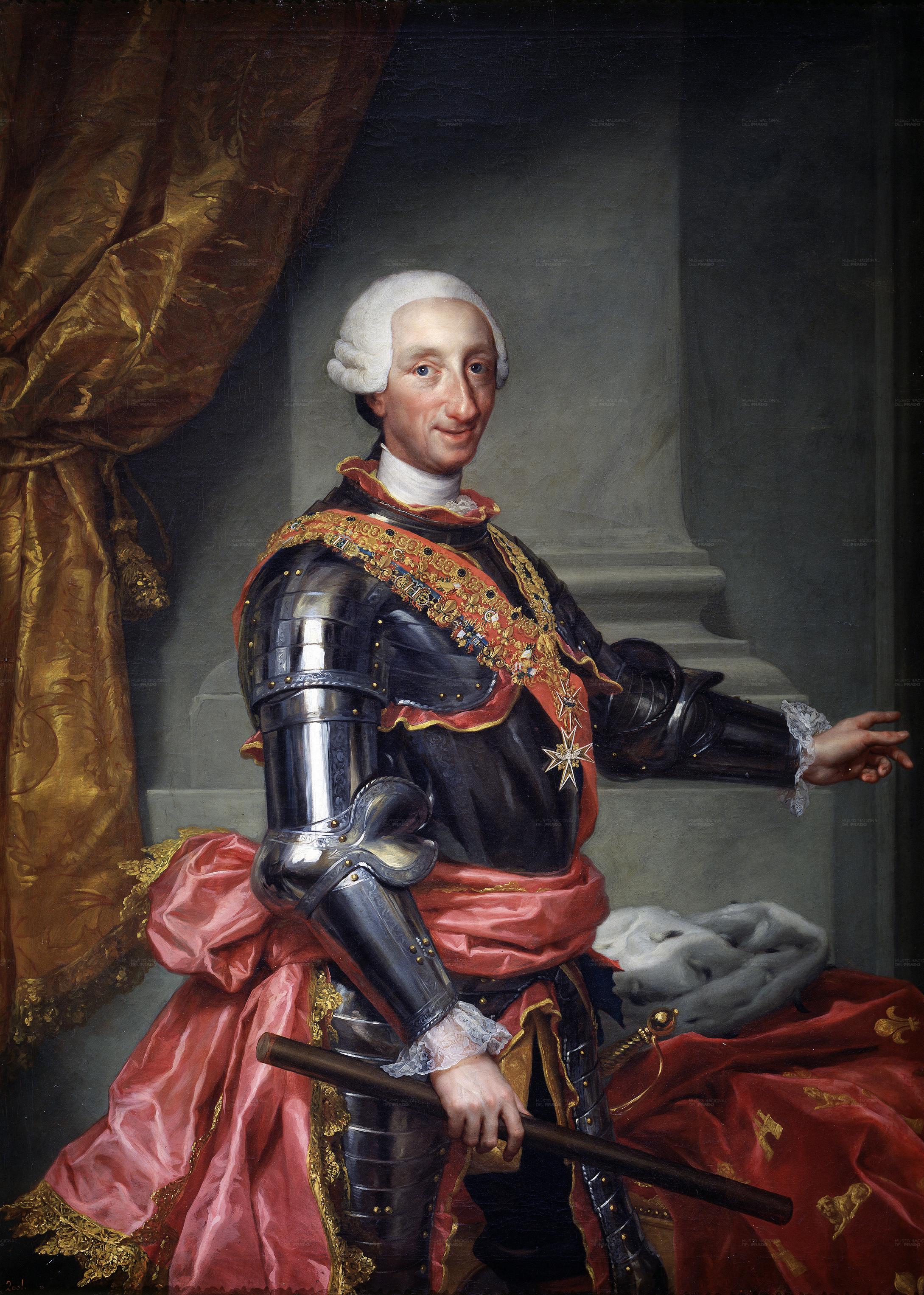 by means of the Royal Decree of 19 September 1771, with the motto ''Virtuti et mérito''. Its objective is to reward people for their actions in benefit to Spain and the Crown. Since its creation, and second to the
Order of the Golden Fleece Order or ORDER or Orders may refer to: * Orderliness, a desire for organization * Categorization Categorization is the human ability and activity of recognizing shared features or similarities between the elements of the experience of the wor ...
, it has been the most distinguished civil award that can be granted in Spain, despite its categorisation as a military order.

The Order was formally converted to a civil order in 1847. The order's current regulations were approved by Royal Decree 1051 of 2002. The regulation sets the objective of the order as a means of "rewarding the citizens who, with their effort, initiative and work, have brought a distinguished and extraordinary service to the Nation". The Grand Master of the order is the monarch of Spain, currently King Felipe VI. Although the royal decree of creation was in September 1771, Carlos III did not make public the orders that would regulate the distinction until 24 October. The reason for this lies in the origin of the Order. The future king and prince of Asturias, Carlos IV, had been married for five years with no offspring, reason for which when his first child was born his grandfather, Carlos III, wanted to leave evidence of his gratitude to God — to whom he declared having prayed to while waiting for the continuation of the dynasty — and, specifically, to the Virgin Mary in his advocacy of the Immaculate Conception and of whom he declared himself the profoundly devote king. Like so, on the given date, when the king's daughter-in-law assisted the first religious affair with the child in her arms, the king wanted to publish the laws of concession, naming himself "Great Master of the Order" and giving his heirs, as long as they held the title "King of Spain", the same treatment and position. Although the child and various brothers died soon after, Carlos III maintained his agreement, and the number of Crosses given was greatly reduced at the monarch's regret. The orders of creation demanded two requirements: to be "worthy and affectionate of His Highness". Two classes were created: the "Great Crosses" and the "Pensioners", the monarch being discretional with his authorization, although it was limited to sixty of the former and two-hundred of the latter. In 1783 the classes were expanded to three with that of "Supernumerary Knights", whose level of importance was between the previous two. At this moment the duties and requirements of the titles were specified: they needed to have "pure and noble blood" up to their great-grandparents, as was regulated by the Old Book of Territorial Laws of Castilla and the other valid laws. Those received by the Order took an oath for loyalty towards the king, his family, and the protection of the goods of the Royal House, recognizing him as Great Master, live and die in faith
catholic The Catholic Church, often referred to as the Roman Catholic Church, is the List of Christian denominations by number of members, largest Christian church, with approximately 1.3 billion baptised Catholics worldwide . As the world's old ...
, accepting as indisputable the Mystery of the Immaculate Conception, and attending and receiving communion at mass at least once a year. Pope Clement XIV, on 21 February 1772 recognized the Order through papal bull and bestowed upon it the religious benefits, to the Order as well as its members, giving the Great Master all the capacity to decree in religious matters regarding the members, even Christian pardon and apostolic blessing. The benefits of the members of the Order were of a different nature, later increasing with Pius VI. The insignias of the Order have varied through time, but have invariably maintained some original features: blue silk band with white design, an eight-point cross with the image of the Immaculate Conception, the legend of the "Viruti et Merito" and the figure of the founding king. The government of the Order became more and more complex, although in truth it was the monarch and the treasurer who granted authorization and retributions. The king was especially careful to incorporate into the Order theologians of the Crown that investigated the mysteries of the Virgin Mary, in some cases the clergymen being greater in number than the knights and nobles of which it was made up. The meetings were held in the Church of San Gil in Madrid twice a year, one coinciding with the Immaculate Conception and the other with the Day of the Saints. With Carlos IV of Spain some reforms were made to the dress and the distribution of colours in the distinctions. The war of Spanish independence caused the two institutions to attribute the faculty of the government of the Order, giving both distinctions: the King José I and the Supreme Central Assembly on behalf of Fernando VII. In the end, these were abolished by the Napoleonic king. The colours of the band of the Order were adopted by some members of the First Assembly of Government (Buenos Aires) to signify their adhesion to King Fernando VII and would later come to represent the movement for independence. 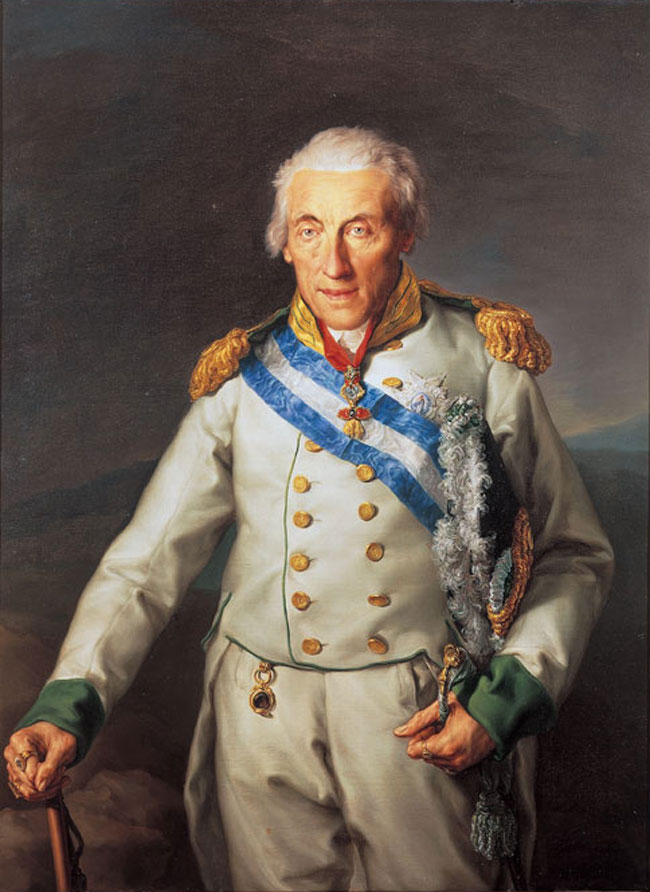 The Grand Cross of the Order of Charles III is reserved for those who, having completed relevant service to Spain, having been Presidents of the Congress of Deputies, the Senate, the Constitutional Court of the Supreme Judicial Council, the Supreme Court, Ministers or other senior officials of the state. The maximum number of Grand Crosses are limited to one hundred, not counting those accorded to Ministers. Knights Collar and Knights Grand Cross of the Order are entitled to be addressed with the style ''
The Most ExcellentThe Most Excellent (Spanish language, Spanish: ''Excelentísimo Señor'' (male) or ''Excelentísima Señora'' (female), literally "Most Excellent Sir/Madam") is an honorific prefix that is traditionally applied to certain people in Spain and certain ...
'' in front of their name. Other members are entitled to the style of '' The Most Illustrious''.