Opole Voivodeship, or Opole Province ( pl|województwo opolskie ), is the smallest and least populated voivodeship (province) of Poland. The province's name derives from that of the region's capital and largest city, Opole. It is part of Upper Silesia. A relatively large German minority, with representatives in the Sejm, lives in the voivodeship, and the German language is co-official in 28 communes. Opole Voivodeship is bordered by Lower Silesian Voivodeship to the west, Greater Poland and Łódź Voivodeships to the north, Silesian Voivodeship to the east, and the Czech Republic (Olomouc Region and Moravian-Silesian Region) to the south. Opole Province's geographic location, economic potential, and its population's level of education make it an attractive business partner for other Polish regions (especially Lower Silesian and Silesian Voivodeships) and for foreign investors. Formed in 1997, the Praděd/Pradziad Euroregion has facilitated economic, cultural and tourist exchanges between the border areas of Poland and the Czech Republic. 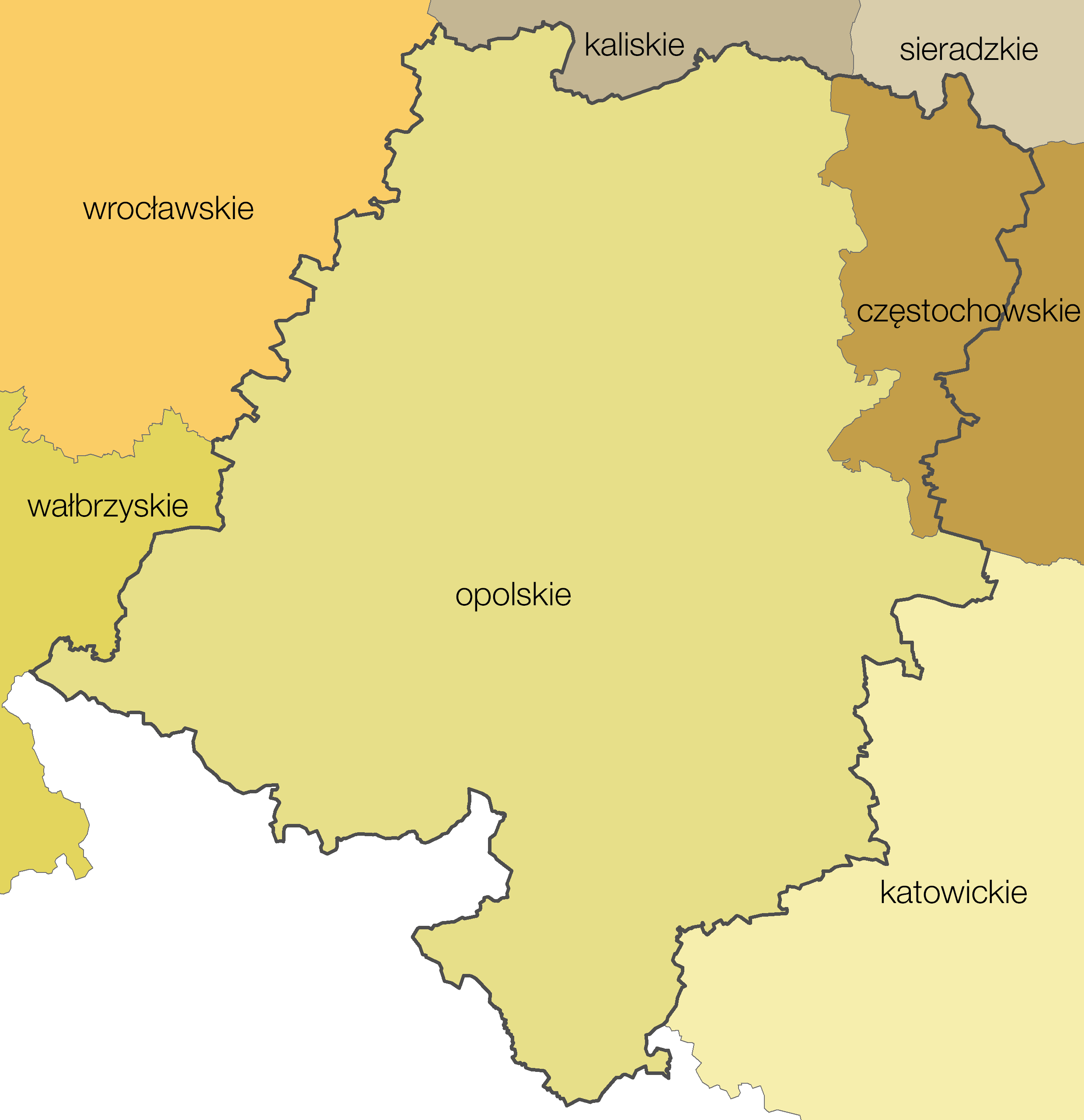 Opole Voivodeship was created on January 1, 1999, out of the former Opole Voivodeship and parts of Częstochowa Voivodeship, pursuant to the Polish local government reforms adopted in 1998. Originally, the government, advised by prominent historians, had wanted to disestablish Opolskie and partition its territory between the more historically Polish regions of Lower Silesia and Silesian Voivodeship (eastern Upper Silesia and western Malopolska. The plan was that Brzeg and Namysłów, as the Western part of the region, were to be transferred to Lower Silesia, while the rest was to become, along with a part of the Częstochowa Voivodeship, an integral part of the new 'Silesian' region. However, the plans resulted in an outcry from the German minority population of Opole Voivodeship, who feared that should their region be abolished, they would lose all hope of regional representation (in the proposed Silesian Region, they would have formed a very small minority among a great number of ethnic Poles). To the surprise of many of the ethnic Germans in Opole however, the local Polish Silesian population and groups of ethnic Poles also rose up to oppose the planned reforms; this came about as a result of an overwhelming feeling of attachment to the voivodeships that were scheduled to be 'redrawn', as well as a fear of 'alienation' should one find themselves residing in a new, unfamiliar region. The solution came in late 1999, when Olesno was, after 24 years apart, finally reunited with the Opole Voivodeship to form the new legally defined region. A historic moment came in 2006 when the town of Radłów changed its local laws to make German, alongside Polish, the district's second official language; thus becoming the first town in the region to achieve such a feat.

The voivodeship lies in southwestern Poland, the major part on the Silesian Lowland (). To the east, the region touches upon the Silesian Upland (Silesian Uplands, ) with the famous Saint Anne Mountain; the Sudetes range, the Opawskie Mountains, lies to the southwest. The Oder River cuts across the middle of the voivodeship. The northern part of the voivodeship, along the Mała Panew River, is densely forested, while the southern part consists of arable land. The region has the warmest climate in the country.

Opole Voivodeship is divided into 12 counties (powiats): 1 city county and 11 land counties. These are further divided into 71 gminas. The counties are listed in the following table (ordering is by decreasing population). 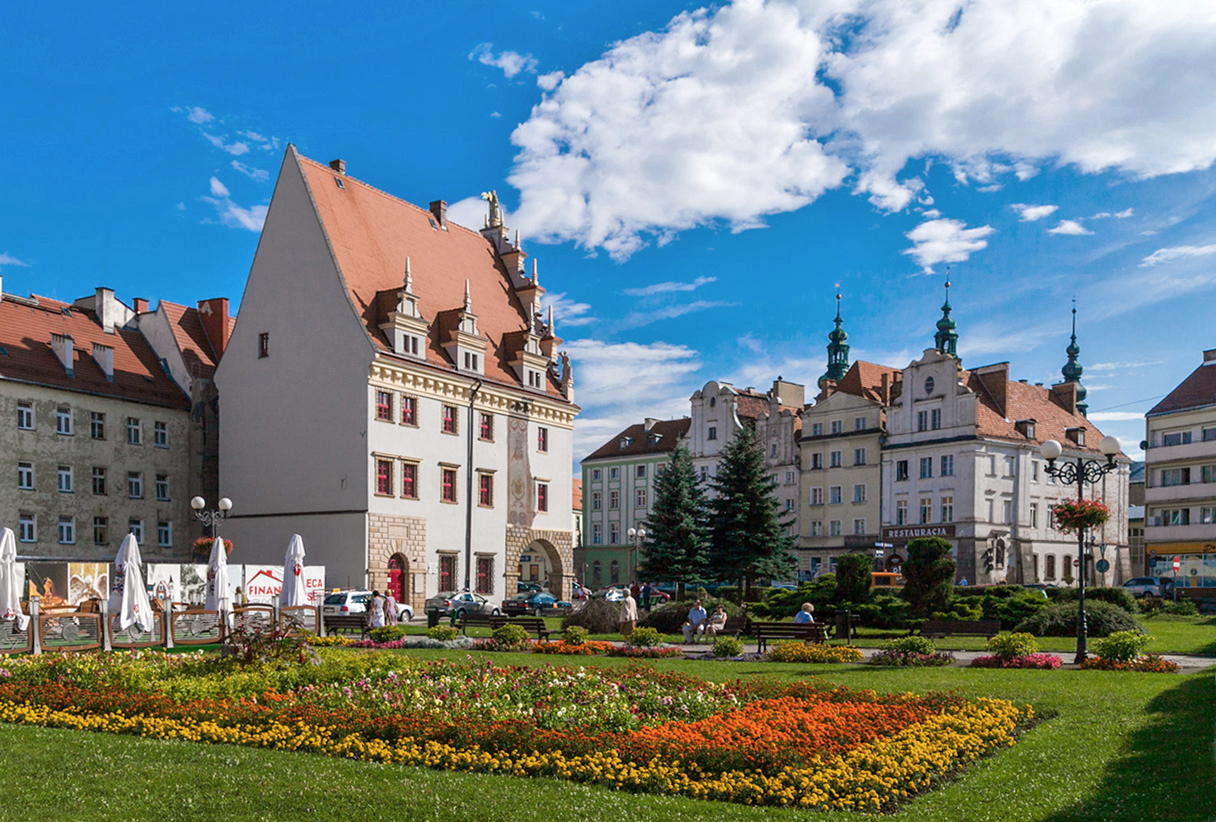 The voivodeship contains 36 cities and towns. These are listed below in descending order of population (as of 2019):