Operation Vistula ( pl|Akcja Wisła; uk|Опера́ція «Ві́сла») was a codename for the 1947 forced resettlement of the Ukrainian minority as well as Boykos and Lemkos from the south-eastern provinces of post-war Poland, to the Recovered Territories in the west of the country. The action was carried out by the Soviet-installed Polish communist authorities with the aim of removing material support and assistance to the Ukrainian Insurgent Army. The Ukrainian Insurgent Army continued its guerilla activities until 1947 in both Subcarpathian and Lublin Voivodeships with no hope for any peaceful resolution. Operation Vistula effectively brought an end to the hostilities. In a period of three months beginning on 28 April 1947 and with Soviet approval and aid, about 141,000 civilians residing around Bieszczady and Low Beskids were forcibly resettled to formerly German territories, ceded to Poland at the Yalta Conference at the end of World War II. The operation was named after the Vistula River, ''Wisła'' in Polish. Some Polish and Ukrainian politicians as well as historians condemned the operation following the 1989 fall of communism in Eastern Europe, and described it as ethnic cleansing. Others argued that no other means of stopping the violence existed at the time since partisans used to regroup outside the Polish borders. The deported farmers received financial help from the Polish government and took over homes and farms left behind by the Germans, in some cases experiencing an improvement in their living conditions as a result of the increased size of the newly acquired properties, their brick construction, and the provision of running water. In the years 1956 to 1958 they received mostly non-repayable credits totalling 170 million PLN which was a considerable amount of money in the Polish national budget. At exactly the same time the Soviet Union carried out a parallel operation, dubbed "Operation West", in the Ukrainian SSR. Although both operations were coordinated from Moscow, there was a shocking difference between their outcomes. Operation West was conducted in West Ukraine by the Soviet NKVD and targeted the families of suspected UPA members. Over 114,000 individuals, mostly women and children, were deported to the Kazakh SSR and Siberia and forced into extreme poverty. Of the 19,000 adult males deported by the NKVD deportees, most were sent to coal mines and stone quarries in the north. None of the people deported by the NKVD received any farms or empty homes to live in. 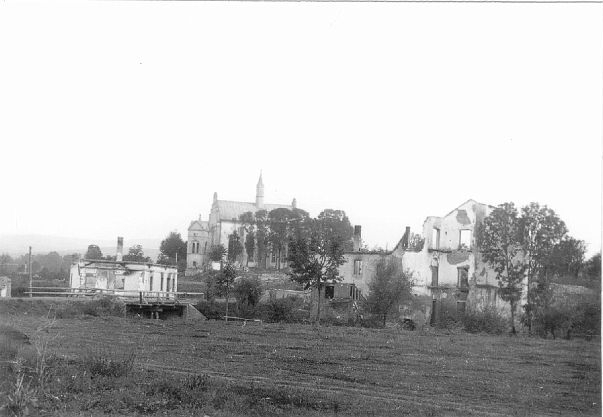 The stated goal of the operation was to suppress the Ukrainian Insurgent Army (UPA), which had been fighting the communist Polish People's Army in the south-eastern territory of the Polish People's Republic. The original codename of the operation was ''Akcja Wschód'' (Operation East), similar to Operation West (''Akcja Zachód'') conducted by the NKVD on the Soviet side of the border. It is sometimes assumed that the direct cause for Operation Vistula was the assassination on 28 March 1947 of the Polish communist General Karol Świerczewski in an ambush set up by UPA.