The Northern Territory (NT; formally the Northern Territory of Australia) is an Australian territory in the central and central northern regions of Australia. Northern Territory shares its borders with Western Australia to the west (129th meridian east), South Australia to the south (26th parallel south), and Queensland to the east (138th meridian east). To the north, the territory looks out to the Timor Sea, the Arafura Sea and the Gulf of Carpentaria, including Western New Guinea and other islands of the Indonesian archipelago. The NT covers , making it the third-largest Australian federal division, and the 11th-largest country subdivision in the world. It is sparsely populated, with a population of only 246,500 – fewer than half as many people as Tasmania – the majority of whom live in the capital city of Darwin. The archaeological history of the Northern Territory may have begun over 60,000 years ago when humans first settled this region of the Sahul Continent. Reportedly the Makassan traders began a relationship with the indigenous people of the Northern Territory around the trading of trepang from at least the 18th century. The coast of the territory was first seen by Europeans in the 17th century. The British were the first Europeans to attempt to settle the coastal regions. After three failed attempts to establish a settlement (1824–28, 1838–49, and 1864–66), success was achieved in 1869 with the establishment of a settlement at Port Darwin. The economy is based largely on mining and petroleum, which during 2018–2019 contributed 23% of the gross state product, or $5.68 billion, accounting for 92.4% of exports. The population is concentrated in coastal regions and along the Stuart Highway. Besides the capital of Darwin, the major settlements are (in order of size) Palmerston, Alice Springs, Katherine, Nhulunbuy and Tennant Creek. Residents of the Northern Territory are often known simply as "Territorians" and fully as "Northern Territorians", or more informally as "Top Enders" and "Centralians".

Humans have lived in the present area of the Northern Territory since at least 48.4 to 68.7 thousand years ago and for at least the last five centuries of that time, extensive seasonal trade links are said to have existed between the Indigenous peoples of this area and what is now Indonesia. With the coming of the British, there were four early attempts to settle the harsh environment of the northern coast, of which three failed in starvation and despair. The land now occupied by the Northern Territory was part of colonial New South Wales from 1825 to 1863, except for a brief time from February to December 1846, when it was part of the short-lived colony of North Australia. The Northern Territory was part of South Australia from 1863 to 1911. Under the administration of colonial South Australia, the overland telegraph was constructed between 1870 and 1872. From its establishment in 1869 the Port of Darwin was the major Territory supply for many decades. A railway was built between Palmerston and Pine Creek between 1883 and 1889. The economic pattern of cattle raising and mining was established so that by 1911 there were 513,000 cattle. Victoria River Downs was at one time the largest cattle station in the world. Gold was found at Grove Hill in 1872 and at Pine Creek, Brocks Creek, Burundi, and copper was found at Daly River. On 1 January 1911, a decade after federation, the Northern Territory, alongside the Australian Capital Territory, was separated from South Australia and transferred to federal control. Alfred Deakin opined at this time "To me the question has been not so much commercial as national, first, second, third and last. Either we must accomplish the peopling of the northern territory or submit to its transfer to some other nation." 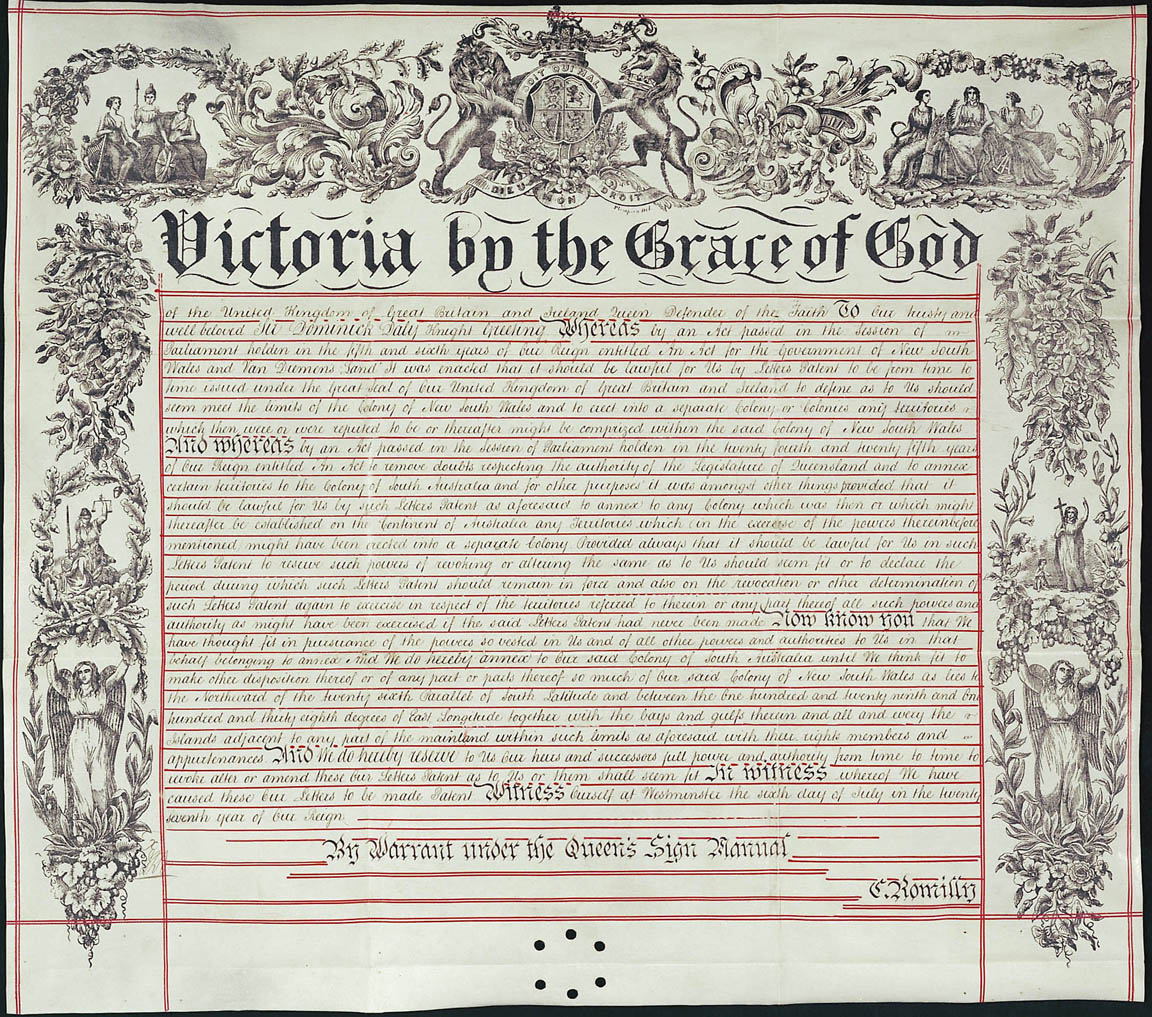 In late 1912 there was growing sentiment that the name "Northern Territory" was unsatisfactory. The names "Kingsland" (after King George V and to correspond with Queensland), "Centralia" and "Territoria" were proposed with Kingsland becoming the preferred choice in 1913. However, the name change never went ahead. For a brief time between 1927 and 1931 the Northern Territory was divided into North Australia and Central Australia at the 20th parallel of South latitude. Soon after this time, parts of the Northern Territory were considered in the Kimberley Plan as a possible site for the establishment of a Jewish Homeland, understandably considered the "Unpromised Land". During World War II, most of the Top End was placed under military government. This is the only time since Federation that part of an Australian state or territory has been under military control. After the war, control for the entire area was handed back to the Commonwealth. The Bombing of Darwin occurred on 19 February 1942. It was the largest single attack ever mounted by a foreign power on Australia. Evidence of Darwin's World War II history is found at a variety of preserved sites in and around the city, including ammunition bunkers, airstrips, oil tunnels and museums. The port was damaged in the 1942 Japanese air raids. It was subsequently restored. In the late 1960s improved roads in adjoining States linking with the territory, port delays and rapid economic development led to uncertainty in port and regional infrastructure development. As a result of the Commission of Enquiry established by the Administrator, port working arrangements were changed, berth investment deferred and a port masterplan prepared. Extension of rail transport was then not considered because of low freight volumes. Indigenous Australians had struggled for rights to fair wages and land. An important event in this struggle was the strike and walk off by the Gurindji people at Wave Hill Cattle Station in 1966. The Northern Territory Council for Aboriginal Rights (NTCAR) supported the strikers and provided publicity. The federal government of Gough Whitlam set up the Woodward Royal Commission in February 1973, which set to enquire into how land rights might be achieved in the Northern Territory. Justice Woodward's first report in July 1973 recommended that a Central Land Council and a Northern Land Council be established to present to him the views of Aboriginal people. In response to the report of the Royal Commission a Land Rights Bill was drafted, but the Whitlam Government was dismissed before it was passed. The ''Aboriginal Land Rights (Northern Territory) Act 1976'' was eventually passed by the Fraser government on 16 December 1976 and began operation on 26 January 1977). In 1974, from Christmas Eve to Christmas Day, Darwin was devastated by tropical Cyclone Tracy. Cyclone Tracy killed 71 people, caused A$837 million in damage (approximately A$6.85 billion in 2018), and destroyed more than 70 per cent of Darwin's buildings, including 80 per cent of houses. Tracy left more than 41,000 out of the 47,000 inhabitants of the city homeless. The city was rebuilt with much-improved construction codes and is a modern, landscaped metropolis today. The Northern Territory Council for Aboriginal Rights was disestablished in 1976.