Niger or the Niger ( or ; ), officially the Republic of the Niger, is a landlocked country in West Africa named after the
Niger River 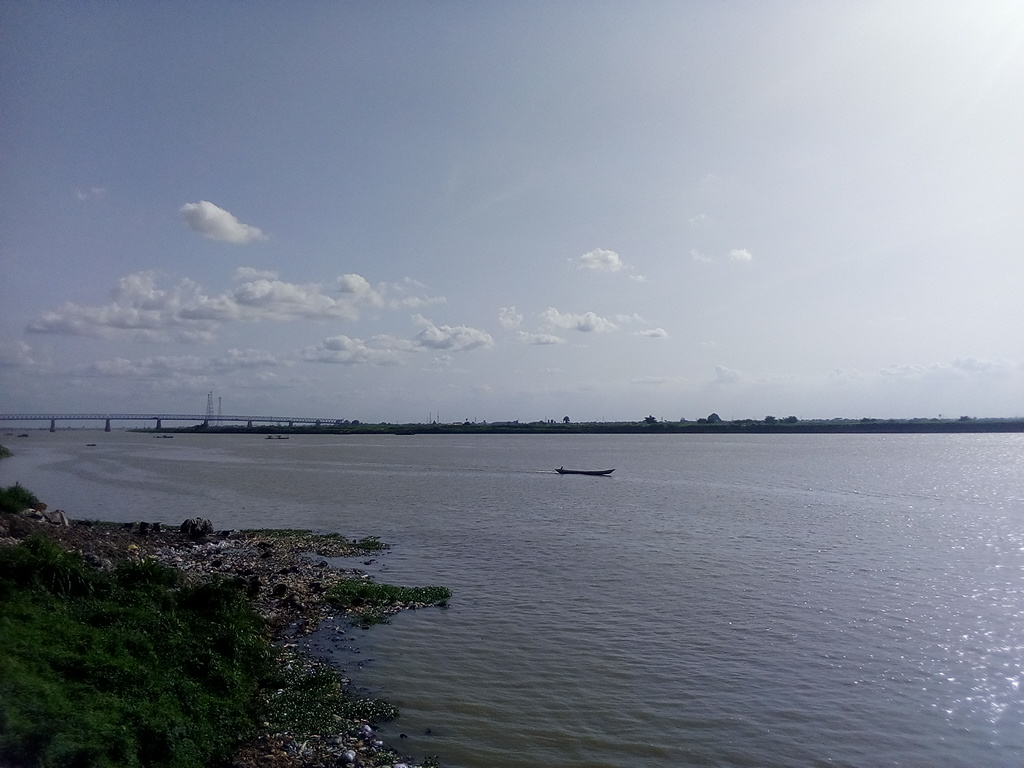 . Niger is bordered by
Libya Libya (; ar, ليبيا, Lībīyā), officially the State of Libya, ( ar, دولة ليبيا, Dawlat Lībīyā) is a country in the Maghreb region in North Africa bordered by the Mediterranean Sea to the north, Egypt to Egypt–Libya border, t ...
to the northeast, Chad to the east, Nigeria to the south, Benin and Burkina Faso to the southwest,
Mali

to the west, and Algeria to the northwest. Niger covers a land area of almost , making it the largest country in West Africa. Over 80% of its land area lies in the Sahara Desert. The country's predominantly Muslim population of about million live mostly in clusters in the far south and west of the country. The capital and largest city is Niamey, located in Niger's southwest corner. Niger is a developing country, which consistently ranks near the bottom in the
United Nations The United Nations (UN) is an intergovernmental organization that aims to maintain international peace and international security, security, develop friendly relations among nations, achieve international cooperation, and be a centre for har ...
' Human Development Index (HDI); it was ranked 187th of 188 countries for 2015 and 189th out of 189 countries in the 2018 and 2019 reports. Many of the non-desert portions of the country are threatened by periodic drought and desertification. The economy is concentrated around
subsistence agriculture Subsistence agriculture occurs when farmers grow food crops to meet the needs of themselves and their families on smallholdings. Subsistence agriculturalists target farm output for survival and for mostly local requirements, with little or no ...
, with some export agriculture in the more fertile south, and export of raw materials, especially uranium ore. Niger faces serious challenges to development due to its landlocked position, desert terrain, inefficient Agriculture in Niger, agriculture, high fertility rates without birth control and resulting Human overpopulation, overpopulation, the poor educational level and poverty of its people, lack of infrastructure, poor healthcare, and environmental degradation. Demographics of Niger, Nigerien society reflects a diversity drawn from the long independent histories of its several ethnic groups and regions and their relatively short period living in a single state. Historically, what is now Niger has been on the fringes of several large states. Since independence, Nigeriens have lived under five constitutions and three periods of military dictatorship, military rule. After the military coup in 2010, Niger became a democratic, multi-party state. A majority of the population lives in rural areas and has little access to advanced education.

The country's name comes from the
Niger River

which flows through the west of the country; the origin of the river's name is uncertain, though a popular theory is that it comes from the Tuareg languages, Tuareg ''n'eghirren'', meaning 'flowing water'. The most common pronunciation is the French one of , though in Anglophone media is also occasionally used. 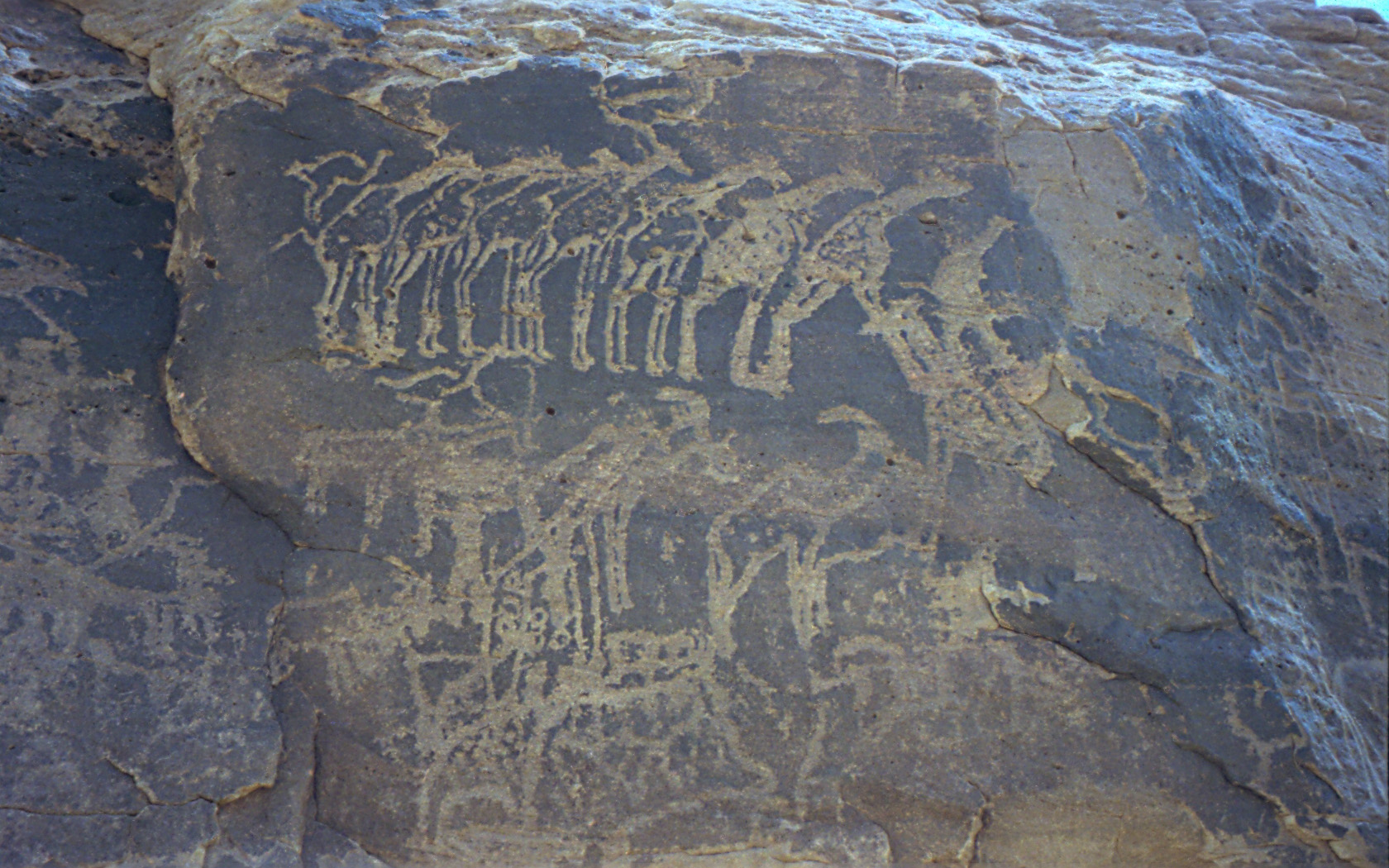 Humans have inhabited the territory of modern Niger for millennia; stone tools, some dating as far back as 280,000 BC, have been found in Adrar Bous, Bilma and Djado in the northern Agadez Region. Some of these finds have been linked with the Aterian and Mousterian tool cultures of the Middle Paleolithic period, which flourished in northern Africa circa 90,000 BC-20,000 BC. It is thought that these early humans lived a hunter-gatherer lifestyle. In prehistoric times the climate of the Sahara desert was much wetter and more fertile than it is today, a phenomenon archaeologists refer to as the 'Green Sahara', which provided favourable conditions for hunting and later agriculture and livestock herding. The Neolithic era began circa 10,000 BC; this period saw a number of important changes, such as the introduction of pottery (as evidenced at Tagalagal, Temet and Tin Ouffadene), the spread of cattle husbandry, and the burying of the dead in stone tumuli. As the climate changed in the period 4000–2800 BC the Sahara gradually began desertification, drying out, forcing a change in settlement patterns to the south and east. Agriculture became widespread, notably the planting of millet and sorghum, as well as pottery production. Iron and copper items first appear in this era, with early find including those at Azawagh, Takedda, Marendet and the Termit Massif. The Kiffian culture, Kiffian (circa 8000–6000 BC) and later Tenerian culture, Tenerian (circa 5000–2500 BC) cultures, centred on Adrar Bous and Gobero where numerous skeletons have been uncovered, flourished during this period. Towards the end of this period, up till the first centuries AD, societies continued to grow and become more complex, with regional differentiation in agricultural and funerary practices. A notable culture of this late period is the Bura culture (circa 200–1300 AD), named for the Bura archaeological site. where a burial replete with many iron and ceramic statuettes were discovered. The Neolithic era also saw the flourishing of Saharan rock art, most notably in the Aïr Mountains, Termit Massif, Djado Plateau, Iwelene, Arakao, Tamakon, Tzerzait, Iferouane, Mammanet and Dabous Giraffes, Dabous; the art spans the period from 10,000BC to 100AD and depicts a range of subjects, from the varied fauna of the landscape to depictions of spear-carrying figures dubbed 'Libyan warriors'.

Empires and kingdoms in pre-colonial Niger

Our knowledge of early Nigerien history is limited by the lack of written sources, though it is known that by at least the 5th century BC the territory of modern Niger had become an area of trans-Saharan trade. Led by Tuareg tribes from the north, camels were as a well-adapted means of transportation through what was now an immense desert. This mobility, which would continue in waves for several centuries, was accompanied with further migration to the south and intermixing between sub-Saharan African and North African populations, as well as the gradual spread of Islam. It was also aided by the Arab invasion of North Africa at the end of the 7th century, which resulted in population movements to the south. Several empires and kingdoms flourished in the Sahel during this era. Their history does not fit easily within the modern boundaries of Niger, which were created during the period of European colonialism; the following adopts a roughly chronological account of the main empires.

The Mali Empire was a Mandinka people, Mandinka empire founded by Sundiata Keita (r. 1230–1255) in circa 1230 and existed up to 1600. As detailed in the ''Epic of Sundiata'', Mali emerged as a breakaway region of the Sosso Empire, which itself had split from the earlier Ghana Empire. Thereafter Mali defeated the Sosso at the Battle of Kirina in 1235 and then Ghana in 1240. From its heartland around the modern Guinea-Mali border region, the empire expanded considerably under successive kings and came to dominate the Trans-Saharan trade routes, reaching its greatest extent during the rule of Mansa Musa (r. 1312–1337). At this point parts of what are now Niger's Tillabéri Region fell under Malian rule. A Muslim, Mansa Musa performed the ''hajj'' in 1324–25 and encouraged the spread of Islam in the empire, though it appears that most ordinary citizens continued to maintain their traditional animist beliefs instead of or alongside the new religion. The empire began declining in the 15th century due to a combination of internecine strife over the royal succession, weak kings, the shift of European trade routes to the coast, and rebellions in the empire's periphery by Mossi people, Mossi, Wolof people, Wolof, Tuareg and Songhai people, Songhai peoples. However a rump Mali kingdom continued to exist until late 1600s.

The Songhai Empire was named for its main ethnic group, the Songhai people, Songhai or Sonrai, and was centred on the bend of the
Niger River

. Songhai began settling this region from the 7th to 9th centuries; by the early 11th century Gao (capital of the former Kingdom of Gao) had become the empire's capital. From 1000 to 1325, the Songhai Empire prospered and managed to maintain peace with the Mali Empire, its powerful neighbour to the west. In 1325 Songhai was conquered by Mali until regaining its independence in 1375. Under king Sonni Ali (r. 1464–1492) Songhai adopted an expansionist policy which reached its apogee during the reign of Askia Mohammad I (r. 1493–1528); at this point the empire had expanded considerably from its Niger-bend heartland, including to the east where much of modern western Niger fell under its rule, including Agadez, which was conquered in 1496. However the empire was unable to withstand repeated attacks from the Saadi Dynasty of Morocco and was decisively defeated at the Battle of Tondibi in 1591; the empire then collapsed into a number of smaller kingdoms.