The 2016 Nevada Democratic presidential caucuses took place on February 20 in the U.S. state of Nevada, traditionally marking the Democratic Party's third nominating contest in their series of presidential primaries ahead of the 2016 presidential election. The Republican Party held its South Carolina primary on the same day, while their own Nevada caucuses took place on February 23. With all other candidates having dropped out of the race ahead of the Nevada caucuses, the two remaining candidates were Bernie Sanders and Hillary Clinton. 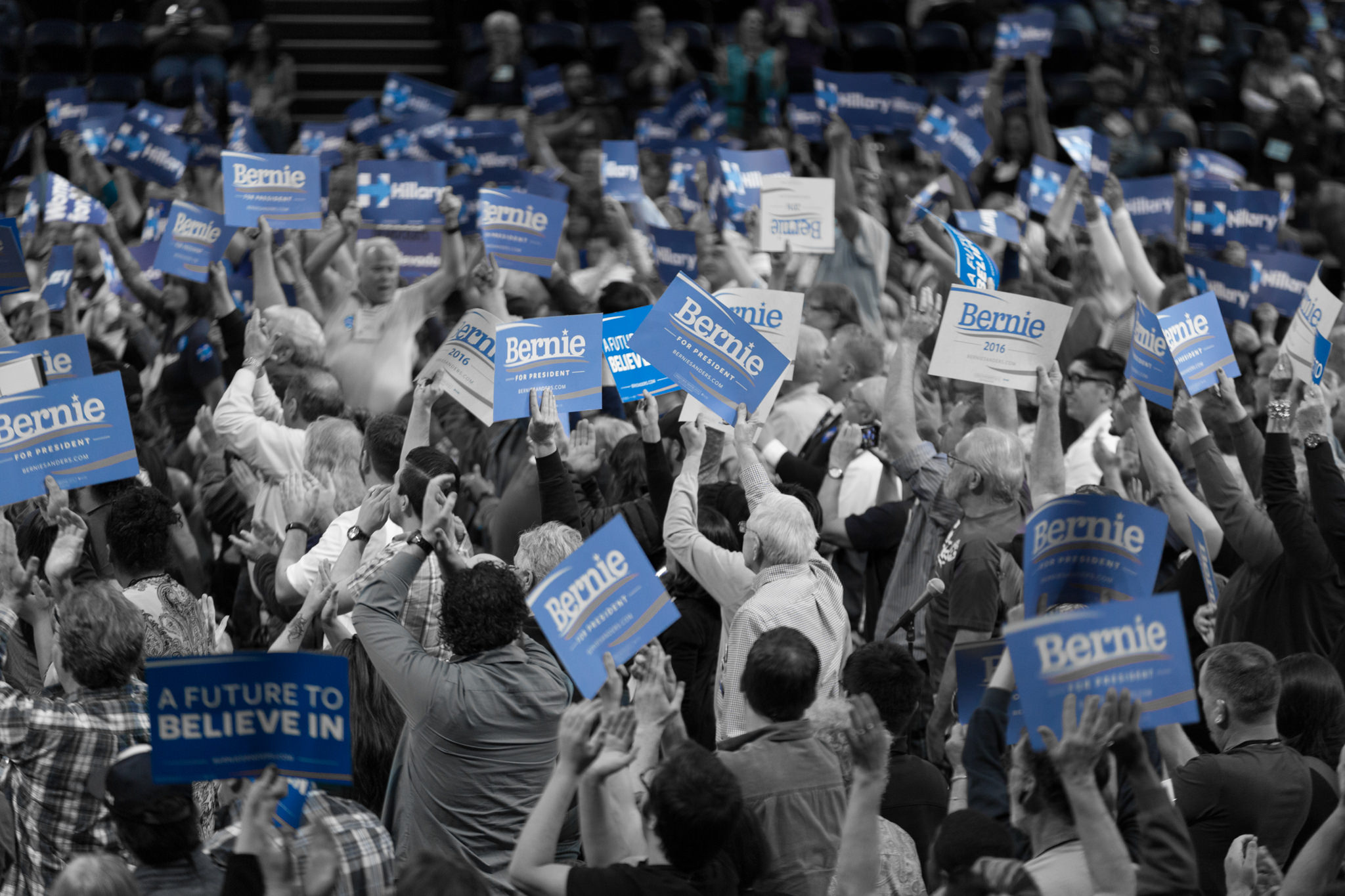 The state convention was held in May as the final stage of the delegate selection process. Supporters of Sanders believed that the convention rules, which had been largely the same for the previous 8 years, gave an unfair amount of power to the convention chair. The rules specifically lay out that all convention votes must be done by voice vote, and that only the convention chair can declare the winner or call for a more specific method of voting among the thousands of delegates. During the vote the convention chair, Roberta Lange accepted the "yeas" even though the "nays" were louder than the "yeas" in the room. Both preliminary and final delegate counts showed that Clinton supporters outnumbered Sanders supporters in the room, though many Sanders delegates had left after Lange's decision and did not stay to be counted in the final count. When Lange accepted the "yeas", some Sanders supporters confronted Lange and other members of the party’s executive board on the main stage. The event was quickly shut down after that. Casino spokeswoman Jennifer Forkis said the event ran over its allotted time by about four hours, meaning security hired for the event would soon leave their shifts. "Without adequate security personnel, and in consultation with the Las Vegas Metropolitan Police Department and event organizers, a decision was made that it was in the best interest of everyone in attendance to end the event," Forkis said in a statement.

On October 13, 2015, the Democratic Party's very first debate was held at the Wynn Hotel in Las Vegas. Hosted by Anderson Cooper, it aired on CNN and was broadcast on radio by Westwood One. Participants were the candidates Hillary Clinton, Bernie Sanders, Jim Webb, Martin O'Malley, and Lincoln Chafee. It was the first and only debate appearance of Chafee and Webb, who ended their campaigns on October 23 and October 20, respectively.

On February 18, MSNBC and Telemundo hosted a forum in Las Vegas.

Clinton won the popular vote handily in the Nevada caucus, after a rough start to the primary season. With a razor-thin victory in Iowa and a crushing defeat in New Hampshire, Clinton rebounded to a five-point-win in the Silver State aided by late campaigning among casino workers. As The New York Times describes, "At a caucus at the famed Caesars Palace, blackjack dealers, pit bosses, cooks and housekeepers excitedly declared their support for the former secretary of state." Clinton had campaigned heavily in the state, airing an ad in which she comforted a young Latina girl who was worried her parents would be deported. Clinton's message appeared to resonate with Hispanic and African American voters, with Clinton winning by large margins in many diverse neighborhoods in populous Clark County, especially in caucuses in Las Vegas.