The National Health Service (NHS) is the umbrella term for the publicly funded healthcare systems of the United Kingdom (UK). Since 1948 they have been funded out of general taxation. There are three systems which make up the "NHS" (NHS in England, NHS Scotland and NHS Wales). Health and Social Care in Northern Ireland was created separately and although it does not use the name "NHS" it is still often to referred to as such, particularly in reference to the overall health system in the UK. The four systems (representing each national region) were established in 1948 as part of major social reforms following the Second World War. The founding principles were that services should be comprehensive, universal and free at the point of delivery—a health service based on clinical need, not ability to pay. Each service provides a comprehensive range of health services, free at the point of use for people ordinarily resident in the United Kingdom apart from dental treatment and optical care. In England, NHS patients have to pay prescription charges; some, such as those aged over 60 and certain state benefit recipients, are exempt. Each of the United Kingdom’s health service systems operates independently and is politically accountable to the relevant government: the Scottish Government, Welsh Government, Northern Ireland Executive, and the UK Government, responsible for England's NHS. Since 2013 operational responsibility for the NHS in England has been passed to NHS England. NHS Wales was originally part of the same structure as that of England until powers over the NHS in Wales were first transferred to the Secretary of State for Wales in 1969 and thereafter, in 1999, to the Welsh Assembly as part of Welsh devolution. Some functions may be routinely performed by one health service on behalf of another. For example, Northern Ireland has no high-security psychiatric hospitals and depends on hospitals in Great Britain, routinely at Carstairs hospital in Scotland for male patients and Rampton Secure Hospital in England for female patients. Similarly, patients in north Wales use specialist facilities in Manchester and Liverpool which are much closer than facilities in Cardiff, and more routine services at the Countess of Chester Hospital. There have been issues about cross-border payments. Taken together, the four National Health Services in 2015–2016 employed around 1.6 million people with a combined budget of £136.7 billion. In 2014, the total health sector workforce across the United Kingdom was 2,165,043. This broke down into 1,789,586 in England, 198,368 in Scotland, 110,292 in Wales and 66,797 in Northern Ireland. In 2017, there were 691,000 nurses registered in the United Kingdom, down 1,783 from the previous year. However, this is the first time nursing numbers have fallen since 2008. Every 24 hours it sees one million patients, and with 1.7 million staff it is the fifth biggest employer in the world, as well as the largest non-military public organisation in the world. Although there has been increasing policy divergence between the four National Health Services in the United Kingdom, it can be difficult to find evidence of the effect of this on performance since, as Nick Timmins says: "Some of the key data needed to compare performance – including data on waiting times – is defined and collected differently in the four countries." Statistics released in December 2017 showed that, compared with 2012–2013, the number of patients in Scotland waiting more than four hours in accident and emergency dropped by 9% (from about 8% of all A&E patients to about 6%), whereas in England that proportion had increased by 155% (from less than 5% of all A&E patients to about 11%). However, since then, Scotland in common with the other three UK nations has experienced increasing pressure in Accident and Emergency departments with lengthening waiting times. When purchasing drugs, the NHS has significant market power that, based on its own assessment of the fair value of the drugs, influences the global price, typically keeping prices lower. Several other countries either copy the United Kingdom’s model or directly rely on Britain’s assessments for their own decisions on state-financed drug reimbursements. 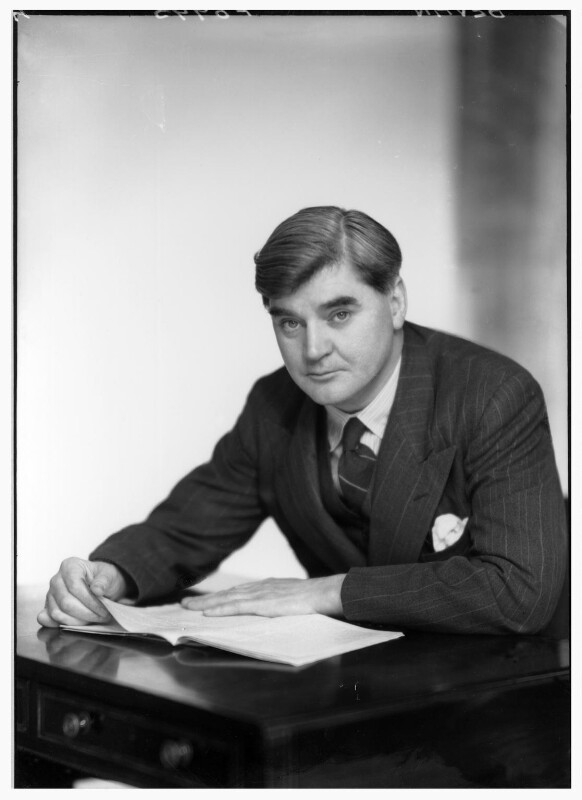 Calls for a "unified medical service" can be dated back to the Minority Report of the Royal Commission on the Poor Law in 1909. Somerville Hastings, President of the Socialist Medical Association, successfully proposed a resolution at the 1934 Labour Party Conference that the party should be committed to the establishment of a State Health Service. Following the 1942 Beveridge Report's recommendation to create "comprehensive health and rehabilitation services for prevention and cure of disease", cross-party consensus emerged on introducing a National Health Service of some description. Conservative MP and Health Minister, Henry Willink later advanced this notion of a National Health Service in 1944 with his consultative White Paper "A National Health Service" which was circulated in full and short versions to colleagues, as well as in newsreel. When Clement Attlee's Labour Party won the 1945 election he appointed Aneurin Bevan as Health Minister. Bevan then embarked upon what the official historian of the NHS, Charles Webster, called an "audacious campaign" to take charge of the form the NHS finally took. Bevan's National Health Service was proposed in Westminster legislation for England and Wales from 1946 and Scotland from 1947, and the Northern Ireland Parliament's Public Health Services Act 1947. Charles Webster, official historian of the NHS, wrote in 2002 that "the Luftwaffe achieved in months what had defeated politicians and planners for at least two decades. NHS Wales was split from NHS (England) in 1969 when control was passed to the Secretary of State for Wales before transferring to the Welsh Executive and Assembly under devolution in 1999. The NHS was born out of the ideal that good healthcare should be available to all, regardless of wealth. Although being freely accessible regardless of wealth maintained Henry Willink's principle of free healthcare for all, Conservative MPs were in favour of maintaining local administration of the NHS through existing arrangements with local authorities fearing that an NHS which owned hospitals on a national scale would lose the personal relationship between doctor and patient. Conservative MPs voted in favour of their amendment to Bevan's Bill to maintain local control and ownership of hospitals and against Bevan's plan for national ownership of all hospitals. The Labour government defeated Conservative amendments and went ahead with the NHS as it remains today; a single large national organisation (with devolved equivalents) which forced the transfer of ownership of hospitals from local authorities and charities to the new NHS. Bevan's principle of ownership with no private sector involvement has since been diluted, with later Labour governments implementing large scale financing arrangements with private builders in private finance initiatives and joint ventures. At its launch by Bevan on 5 July 1948 it had at its heart three core principles: That it meet the needs of everyone, that it be free at the point of delivery, and that it be based on clinical need, not ability to pay. Three years after the founding of the NHS, Bevan resigned from the Labour government in opposition to the introduction of charges for the provision of dentures, dentists, and glasses. The following year, Winston Churchill's Conservative government introduced prescription fees. These charges were the first of many controversies over reforms to the NHS throughout its history. From its earliest days, the cultural history of the NHS has shown its place in British society reflected and debated in film, TV, cartoons and literature. The NHS had a prominent slot during the 2012 London Summer Olympics opening ceremony directed by Danny Boyle, being described as "the institution which more than any other unites our nation".

UK residents are not charged for most medical treatment, though NHS dentistry does have standard charges in each of the four national health services in the UK. In addition, most patients in England have to pay charges for prescriptions though some are exempted. Aneurin Bevan, in considering the provision of NHS services to overseas visitors wrote, in 1952, that it would be "unwise as well as mean to withhold the free service from the visitor to Britain. How do we distinguish a visitor from anybody else? Are British citizens to carry means of identification everywhere to prove that they are not visitors? For if the sheep are to be separated from the goats both must be classified. What began as an attempt to keep the Health Service for ourselves would end by being a nuisance to everybody." The provision of free treatment to non-UK-residents, formerly interpreted liberally, has been increasingly restricted, with new overseas visitor hospital charging regulations introduced in 2015. Citizens of the EU holding a valid European Health Insurance Card and persons from certain other countries with which the UK has reciprocal arrangements concerning health care can get emergency treatment without charge. The NHS is free at the point of use, for general practitioner (GP) and emergency treatment not including admission to hospital, to non-residents. People with the right to medical care in European Economic Area (EEA) nations are also entitled to free treatment by using the European Health Insurance Card. Those from other countries with which the UK has reciprocal arrangements also qualify for free treatment. Since 6 April 2015, non-EEA nationals who are subject to immigration control must have the immigration status of indefinite leave to remain at the time of treatment and be properly settled, to be considered ordinarily resident. People not ordinarily resident in the UK are in general not entitled to free hospital treatment, with some exceptions such as refugees.