Topics of features generally concern science, geography, history, and world culture. The magazine is well known for its distinctive appearance: a thick square-bound glossy format with a yellow rectangular border and its use of dramatic photography. The magazine is published monthly. Additional map supplements are also included with subscriptions. It is available in a traditional printed edition and through an interactive online edition.

''National Geographic'' been published continuously since 1888, nine months after the foundation of the Society itself. Since 2019, controlling interest in the magazine has been held by The Walt Disney Company.

As of 2015, the magazine was circulated worldwide in nearly 40 local-language editions and had a global circulation of approximately 6.5 million per month according to data published by ''The Washington Post'' (down from about 12 million in the late 1980s) or 6.7 million according to National Geographic. This includes a US circulation of 3.5 million. As of 2020, its Instagram page has more followers than any account not belonging to an individual celebrity. 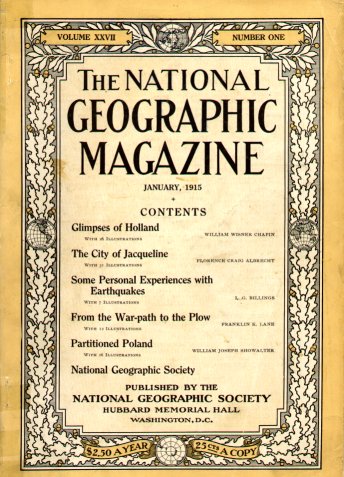 During the Cold War, the magazine committed itself to presenting a balanced view of the physical and human geography of nations beyond the Iron Curtain. The magazine printed articles on Berlin, de-occupied Austria, the Soviet Union, and Communist China that deliberately downplayed politics to focus on culture. In its coverage of the Space Race, ''National Geographic'' focused on the scientific achievement while largely avoiding reference to the race's connection to nuclear arms buildup. There were also many articles in the 1930s, 1940s and 1950s about the individual states and their resources, along with supplement maps of each state. Many of these articles were written by longtime staff such as Frederick Simpich. There were also articles about biology and science topics. In later years, articles became outspoken on issues such as environmental issues, deforestation, chemical pollution, global warming, and endangered species. Series of articles were included focusing on the history and varied uses of specific products such as a single metal, gem, food crop, or agricultural product, or an archaeological discovery. Occasionally an entire month's issue would be devoted to a single country, past civilization, a natural resource whose future is endangered, or other theme. In recent decades, the National Geographic Society has unveiled other magazines with different focuses. Whereas in the past, the magazine featured lengthy expositions, recent issues have shorter articles. 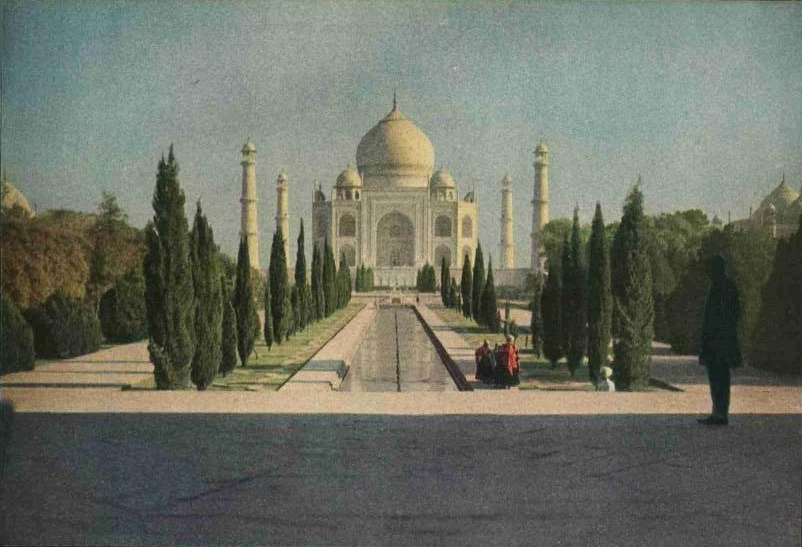 In addition to being well known for articles about scenery, history, and the most distant corners of the world, the magazine has been recognized for its book-like quality and its standard of photography. It was during the tenure of Society President Alexander Graham Bell and editor Gilbert H. Grosvenor (GHG) that the significance of illustration was first emphasized, in spite of criticism from some of the Board of Managers who considered the many illustrations an indicator of an “unscientific” conception of geography. By 1910, photographs had become the magazine's trademark and Grosvenor was constantly on the search for "dynamical pictures" as Graham Bell called them, particularly those that provided a sense of motion in a still image. In 1915, GHG began building the group of staff photographers and providing them with advanced tools including the latest darkroom. The magazine began to feature some pages of color photography in the early 1930s, when this technology was still in its early development. During the mid-1930s, Luis Marden (1913–2003), a writer and photographer for ''National Geographic'', convinced the magazine to allow its photographers to use the so-called "miniature" 35 mm Leica cameras loaded with Kodachrome film over bulkier cameras with heavy glass plates that required the use of tripods. In 1959, the magazine started publishing small photographs on its covers, later becoming larger photographs. National Geographic photography quickly shifted to digital photography for both its printed magazine and its website. In subsequent years, the cover, while keeping its yellow border, shed its oak leaf trim and bare table of contents, to allow for a full page photograph taken for one of the month's articles. Issues of ''National Geographic'' are often kept by subscribers for years and re-sold at thrift stores as collectibles. The standard for photography has remained high over the subsequent decades and the magazine is still illustrated with some of the highest-quality photojournalism in the world. In 2006, ''National Geographic'' began an international photography competition, with over eighteen countries participating. In conservative Muslim countries like Iran and Malaysia, photographs featuring topless or scantily clad members of primitive tribal societies are often blacked out; buyers and subscribers often complain that this practice decreases the artistic value of the photographs for which National Geographic is world-renowned.

Supplementing the articles, the magazine sometimes provides maps of the regions visited. National Geographic Maps (originally the Cartographic Division) became a division of the National Geographic Society in 1915. The first supplement map, which appeared in the May 1918 issue of the magazine, titled ''The Western Theatre of War'', served as a reference for overseas military personnel and soldiers' families alike. On some occasions, the Society's map archives have been used by the United States government in instances where its own cartographic resources were limited. President Franklin D. Roosevelt's White House map room was filled with National Geographic maps. A National Geographic map of Europe is featured in the displays of the Winston Churchill museum in London showing Churchill's markings at the Yalta Conference where the Allied leaders divided post-war Europe. In 2001, ''National Geographic'' released an eight-CD-ROM set containing all its maps from 1888 to December 2000. Printed versions are also available from the National Geographic website.

In April 1995, ''National Geographic'' began publishing in Japanese, its first local language edition. The magazine is currently published in 33 local editions around the world. The following local-language editions have been discontinued: In association with Trends Publications in Beijing and IDG Asia, ''National Geographic'' has been authorized for "copyright cooperation" in China to publish the yellow border magazine, which launched with the July 2007 issue of the magazine with an event in Beijing on July 10, 2007 and another event on December 6, 2007 in Beijing also celebrating the 29th anniversary of normalization of U.S.–China relations featuring former President Jimmy Carter. The mainland China version is one of the two local-language editions that bump the ''National Geographic'' logo off its header in favor of a local-language logo; the other one is the Persian version published under the name ''Gita Nama''. Worldwide editions are sold on newsstands in addition to regular subscriptions. In several countries, such as Hungary, Slovenia, Croatia, Turkey and Ukraine ''National Geographic'' paved the way for a subscription model in addition to traditional newsstand sales.In the United States, newsstand sales began in 1998; previously, membership in the National Geographic Society was the only way to receive the magazine.

On the magazine's February 1982 cover, the pyramids of Giza were altered, resulting in the first major scandal of the digital photography age and contributing to photography's "waning credibility". The cover of the October 1988 issue featured a photo of a large ivory male portrait whose authenticity, particularly the alleged Ice Age provenance, has been questioned. In 1999, the magazine was embroiled in the ''Archaeoraptor'' scandal, in which it purported to have a fossil linking birds to dinosaurs. The fossil was a forgery. In 2010, the magazine's Your Shot competition was awarded to William Lascelles for a photograph presented as a portrait of a dog with fighter jets flying over its shoulder. Lascelles had, in reality, created the image using photo editing software. In March 2018, the editor of National Geographic, Susan Goldberg said that historically the magazine's coverage of people around the world had been racist. Goldberg stated that the magazine ignored non-white Americans and showed different groups as exotic, thereby promoting racial clichés. On May 31, 2020, a Content ID bot filed a false copyright claim on YouTube on behalf of National Geographic against a public domain NASA video of the launch of SpaceX's Crew Dragon Demo-2 mission which was also distributed by National Geographic on YouTube. The video was restored the following day on June 1.

* Robert M. Poole, ''Explorers House: National Geographic and the World it Made'', 2004; reprint, Penguin Press, 2006, * Stephanie L. Hawkins, ''American Iconographic: "National Geographic," Global Culture, and the Visual Imagination'', University of Virginia Press, 2010, , 264 pages. A scholarly study of the magazine's rise as a cultural institution that uses the letters of its founders and its readers; argues that ''National Geographic'' encouraged readers to question Western values and identify with others. * Moseley, W.G. 2005. “Reflecting on National Geographic Magazine and Academic Geography: The September 2005 Special Issue on Africa” African Geographical Review. 24: 93–100.