The NXT United Kingdom Championship is a
professional wrestling Professional wrestling is a type of athletic exhibition and entertainment involving wrestling matches whose progress and outcome are planned in advance, typically between performers with established character roles. The wrestling matches are base ...
championship created and promoted by the American
promotion Promotion may refer to: Marketing * Promotion (marketing), one of the four marketing mix elements, comprising any type of marketing communication used to inform or persuade target audiences of the relative merits of a product, service, brand or i ...
WWE. It is primarily defended as the top championship of their NXT UK brand division, a sister brand of NXT based in the United Kingdom. It is also occasionally defended at NXT events and had also been defended on independent wrestling shows in the United Kingdom before the
COVID-19 pandemic The COVID-19 pandemic, also known as the coronavirus pandemic, is an ongoing Pandemic#COVID-19, global pandemic of COVID-19, coronavirus disease 2019 (COVID-19) caused by severe acute respiratory syndrome coronavirus 2 (SARS-CoV-2). The viru ...
. The inaugural champion was Tyler Bate. The current champion is Walter, who is in his first reign and is the longest reigning champion. Established on 15 December 2016 as the WWE United Kingdom Championship, the title was first awarded to Tyler Bate, who won the inaugural WWE United Kingdom Championship Tournament on 15 January 2017. The brand's show NXT UK, of the same name had its first tapings in August 2018, which began Broadcast delay, airing in October on the WWE Network. From its inception up until the debut of ''NXT UK'', the title was primarily defended on the NXT brand and shows produced by UK-based independent wrestling promotions. In January 2020, the title was renamed to reflect its status as the top title of NXT UK.

In a press conference at The O2 Arena on 15 December 2016, Triple H, the Chief Operating Officer and head of NXT for the American professional wrestling promotion WWE, revealed that there would be a WWE United Kingdom Championship Tournament (2017), 16-man single-elimination tournament to crown the inaugural WWE United Kingdom Champion for the promotion's new United Kingdom division. The tournament was held over a two-day period, 14 and 15 January 2017, and aired exclusively on the WWE Network. Tyler Bate won the inaugural tournament to become the first WWE United Kingdom Champion. Following the inaugural tournament in 2017, the title began being featured on WWE's NXT WWE brand extension, brand when Bate debuted during the 28 January 2017, tapings of ''WWE NXT (TV series), NXT'' in San Antonio, Texas, which aired 1 February. During the 1 February tapings at the brand's home base of Full Sail University in Winter Park, Florida, the title's very first defense took place, where Bate defeated Trent Seven (aired 15 February). The title was defended for the first time outside of WWE when Bate retained the title against Mark Andrews (wrestler), Mark Andrews on a show for the London-based promotion, Progress Wrestling; the show took place in Orlando, Florida on 31 March as part of WrestleMania Axxess. The first title change, as well as the first defense to air live, took place on 20 May 2017 at NXT TakeOver: Chicago, TakeOver: Chicago, where Pete Dunne (wrestler), Pete Dunne defeated Bate to become champion. Although unsuccessful, Johnny Gargano was the first wrestler from outside of the United Kingdom division to challenge for the UK title on the 18 November taping of ''NXT'' (aired on 22 November). When the championship was unveiled in December 2016, it was announced to be the top championship of a new WWE Network show, produced in the United Kingdom. However, it was not until mid-2018 when WWE formally established NXT UK as the brand for their United Kingdom division and sister brand of their American-based NXT. The brand's show, also titled ''NXT UK'', had its first tapings in August, which began airing on 17 October. On the premiere episode, Dunne retained the UK Championship against Noam Dar. During the 17 January 2020 taping of ''NXT UK'', the title was renamed to NXT United Kingdom Championship to reflect its status as the top title of NXT UK.

The base design of the belt is similar to the WWE Championship belt (WWE Championship#Current design, introduced in 2014), with notable differences. Instead of a large cut out of the WWE logo, the center plate is modeled after the Royal coat of arms of the United Kingdom, United Kingdom's royal coat of arms, featuring a lion and a horse (instead of the traditional unicorn) on either side of the arms, with a shield at the center; atop the shield are the crown jewels. The banner atop the arms reads "United Kingdom" while the banner below reads "Champion". Gold divider bars separate the center plate from the belt's two side plates. In what has become a prominent feature of WWE's championship belts, the side plates feature removable center sections that can be replaced with the current champion's logo; the default side plates feature the WWE logo on a red globe. The plates are on a black leather strap. When the championship was originally introduced as the WWE United Kingdom Championship, the shield at the center of the main plate featured the WWE logo, but that was changed to the NXT UK logo on 17 January 2020 when the title was renamed to NXT United Kingdom Championship. 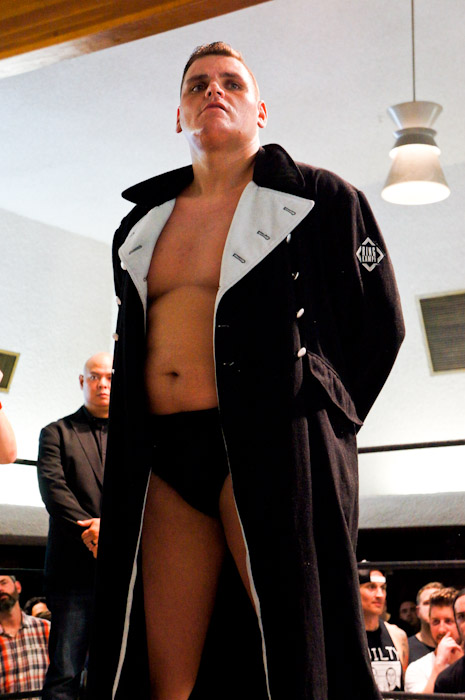 As of , there have been three reigns. The inaugural champion was Tyler Bate, who is also the youngest champion, winning the title at 19 years old. The oldest champion is Walter, winning the title at 31. Walter is also the longest reigning champion at + days, while Bate has the shortest reign at 125 days. The current champion is Walter. He defeated Pete Dunne at NXT TakeOver: New York, TakeOver: New York on 5 April 2019 in Brooklyn, New York. His reign has since become the longest reign in the title's history, breaking Dunne's record of 685 days, thus being the longest championship reign in WWE history since 1988.