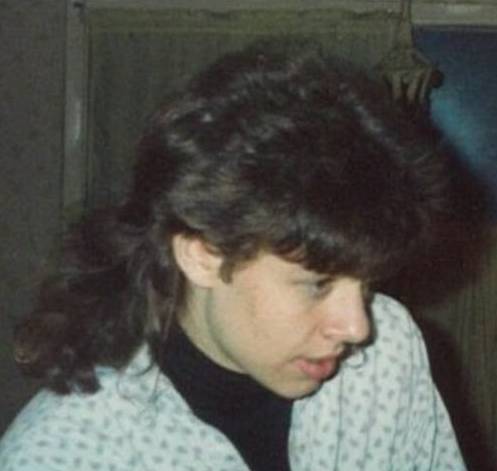 The mullet is a hairstyle in which the hair is shorter at the front, but long at the back.

According to the ''Oxford English Dictionary'', use of the term ''mullet'' to describe this hairstyle was "apparently coined, and certainly popularized, by American hip-hop group the Beastie Boys", who used "mullet" and "mullet head" as epithets in their 1994 song "Mullet Head". They expounded on the subject at length in a six-page article entitled "Mulling Over The Mullet" in Issue 2 (1995) of their magazine Grand Royal, offering a selection of alternative names for the cut, including "Hockey Player Haircut" and "Soccer Rocker".

The term "mullet head" had previously been used to refer to a person of dubious intelligence. A 1917 American Dialect Society paper, "Dialect Notes: Terms of Disparagement in American Dialect Speech", calls it simply "a stupid person" or "a know-nothing". In ''Cool Hand Luke'' defeated villains were referred to as "mullet heads", and in a 1982 first-season episode of ''Cheers'', Sam Malone says "Don't you have customers to deal with, mullet head?"

On ''Slates ''Decoder Ring'' podcast, Willa Paskin discussed the etymology of the term, noting that Oxford English Dictionary credited the Australian ''Street Machine'' automotive magazine with the first published description of the term in 1992, predating Beastie Boys. ''Decoder Ring'' discovered that the magazine image had been faked; in a 2018 apology posted to imgur, the creator had admitted to faking the text, adjusting the magazine dates, and shown proof.

A metal figurine, dated back to the 1st-century AD and found during 2018 preparations for a new car park at the Wimpole Estate, England, was hypothesised by archaelolgists to indicate that natives in ancient Britain during the Roman occupation could have worn their hair in a similar style to mullets. In the sixth century, Byzantine scholar Procopius wrote that some factions of young males wore their hair long at the back and cut it short over the forehead. This non-Roman style was termed the 'Hunnic' look.

In ''Mourt's Relation'', author Edward Winslow described the Plymouth pilgrims' first encounter with the Native Americans, Samoset of the Abenaki in 1621:

Mullets were worn by rock stars David Bowie, Rod Stewart, Keith Richards, and Paul McCartney in the early 1970s. When writing Neil Peart's eulogy in January 2020, Greg Prato asserted Peart had a mullet, based on his observations of a 1974 video, further suggesting "he also may have been one of the first rockers to sport another hairstyle – the rattail", based on a 1985 video, "The Big Money". 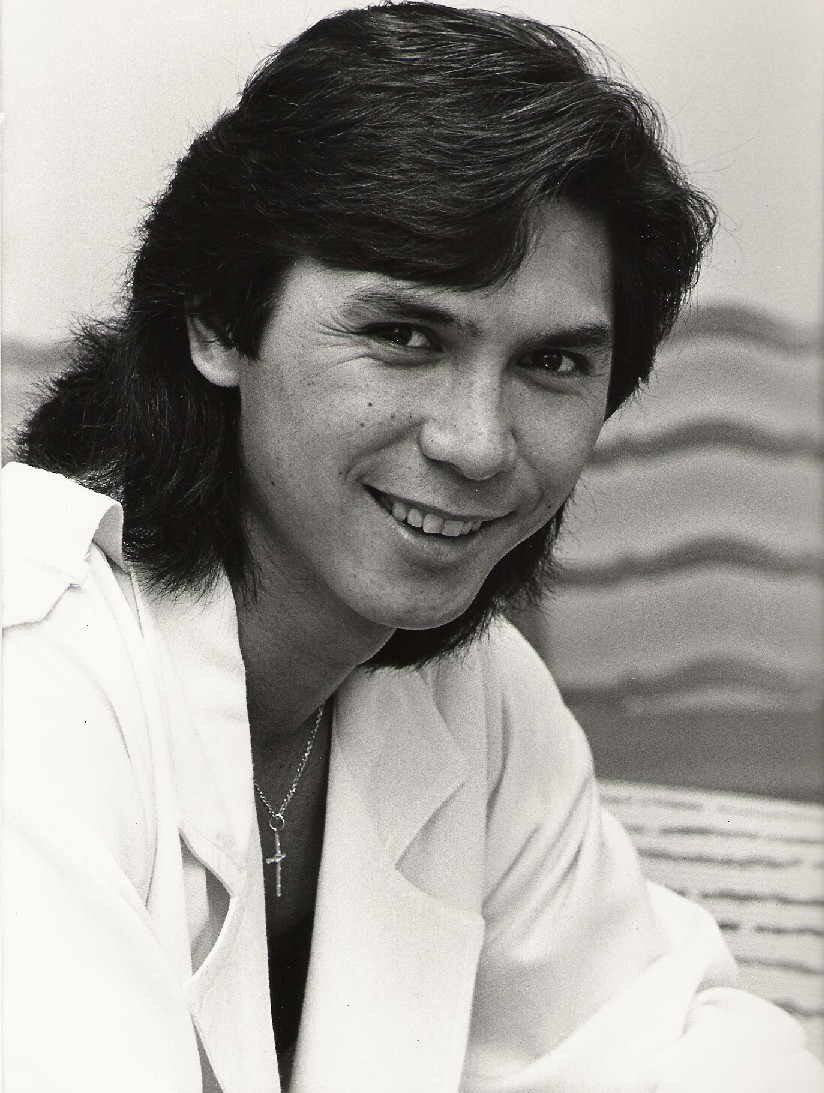 In Australia, the United States and the United Kingdom of the 1980s, mullets were "everywhere", according to Tess Reidy writing at ''The Guardian'' in 2019. The 1980s were also the high point of the mullet's popularity in continental Europe. Also in the 1980s, the mullet became part of lesbian culture, where it came to be used as a way of identifying oneself as a member of that culture in public.

In the Pittsburgh area of Pennsylvania, the mullet was adopted by several members of the Pittsburgh Penguins, including Jaromír Jágr. The mullet remains popular to this day, even mocked to much acclaim by WDVE radio hosts in particular. Jágr in particular became so well known with the hairstyle that it actually headlined the local news when he cut it off in 1999; likewise, he again made headlines in 2015 (by this point playing for the Florida Panthers, his seventh NHL team after the Penguins traded him in 2001) when he announced that he was regrowing his mullet. After the much-publicized 1992 DC Comics storyline in which Superman apparently died, the character returned in the 1993 follow-up storyline "Reign of the Supermen", in which he was depicted with a mullet. He remained with that hairstyle until 1997, and this look was depicted in an action figure released by Mattel in 2009. The cancelled Superman film project, ''Superman Lives'', would have depicted Superman with a mullet. Punk rock band the Vandals sang of the mullets worn by country music singers and guests of ''The Jerry Springer Show'' and listed regional names for the style in the 1998 song "I've Got an Ape Drape". Country music singers Billy Ray Cyrus, Travis Tritt, Alan Jackson, Joe Diffie, Tim McGraw, Toby Keith, Tracy Lawrence, Vince Gill, Aaron Tippin, Morgan Wallen and Blake Shelton were also known for their mullets. Vocalist Wesley Willis wrote and released the track "Cut the Mullet" in 1998 and frequently performed it at live shows.

The mullet and its associated lifestyle have been central themes in movies such as ''Joe Dirt ''"business in the front, party in the back" (2001) and the television show ''The Mullets'' (2003–2004). Christian ska band Five Iron Frenzy sang about the mullet in "The Phantom Mullet", a song off of their 2000 album ''All the Hype That Money Can Buy'', referencing Billy Ray Cyrus and REO Speedwagon in the lyrics. The 2001 film ''American Mullet'' documents the phenomenon of the mullet hairstyle and the people who wear it. In 2003, Legacy Recordings released ''Mullets Rock!'', a 2 CD collection full of mullet-wearing classic rock and hair metal bands from the 1970s and 1980s. The same year Universal Records (Canada) released the album ''Mullet Years: Power Ballads'', a collection of hard rock ballads. Indie rock duo Tegan and Sara sported mullets during their ''The Con'' album era. Between 2009 and 2012, the mullet was in fashion among individuals of Lebanese descent in Australia. The style had already been popular with the bogan subculture. The fashion trend quickly waned by 2012. This was the type of a mullet that had a crew cut at the front, top, and sides and long hair at the back. In 2009, Kate Gosselin, from the reality television show ''Jon and Kate Plus 8'' made famous the tellum, or reverse mullet.

The mullet was banned in Iran as one style on a list of "un-Islamic", "decadent Western cuts". The mullet was returned to the spotlight in 2015 by K-pop idol G-Dragon during his band BIGBANG's Made World Tour. Other K-pop artists who have worn mullets include Block B's Zico, Song Min-ho, Nam Joo-hyuk, Byun Baek-hyun, Dean, Stray Kids' Chan and Han, VIXX's N, B.A.P.'s Himchan, Seventeen's Woozi and The8, BTS's V, Got7's JB, SF9's Youngbin, NCT's Taeyong, Ateez's Hongjoong and The Boyz's Hwall. The mullet has also experienced a revival within American sports. After winning back-to-back Stanley Cups, Phil Kessel was spotted in Pittsburgh Penguins training camp in September 2017 bringing the mullet back to its native roots of Pittsburgh Hockey. Similarly, Oklahoma State head football coach Mike Gundy wore a mullet starting in early 2017; the popularity of his mullet supposedly earned Oklahoma State millions of dollars in marketing revenue. In addition, from 2010 to 2015, Patrick Kane of the Chicago Blackhawks popularized the "playoff mullet," an alternative to the traditional NHL playoff beard. Current Pittsburgh Steelers running back James Conner began sporting a mullet in 2018, continuing the Yinzer tradition of the hairstyle in Western Pennsylvania.

In the 2020s a variant of the hairstyle called the "modern mullet" gained popularity with influencers and celebrities such as Miley Cyrus. Male "modern mullet" hairstyles are characterised by long back hair, short side hair and medium length front and top hair. In September 2020, i-D called 2020 "the year of the mullet", attributing its boom in popularity to COVID-19 lockdowns and their closing of hair salons. In an article for Vice Media, the mullet-wearing teenagers interviewed all described getting the haircut as a joke, with one stating "There’s an irony to the mullet haircut. It’s this disgustingly gross haircut, which means it’s definitely worn in an ironic way". Magda Ryczko, founder of the queer-owned barbershop Hairrari in Brooklyn, notes that mullets allow for a professional front facing look for Covid-19 era Zoom meetings, while maintaining a messier, more fun look off camera, when the longer back section of hair may be revealed. While an irony laden hairstyle for some, mullets actively serve as a tool for flagging and authenticity for the queer community, echoing the sexual revolution of the 70's and following queer mullet sporting LGBTQ+ icons. For some, mullets facilitate the appearance of fluidity, echoing both masculine and feminine hairstyles, while others attribute the look to maintaining an artistic gaze on oneself, opposed to maintaining the male gaze. Mullets are also becoming popular with male teens in Australia and New Zealand due to the Australian drill scene.