The Martin 4-0-4 was an American pressurized passenger airliner built by the Glenn L. Martin Company. In addition to airline use initially in the United States, it was used by the United States Coast Guard and United States Navy as the RM-1G (later as the VC-3A).

When production of the earlier Martin 2-0-2 was stopped due to problems with wing structural failure the company decided to re-wing an improved version (which had already flown as the Martin 3-0-3). The new aircraft was the Martin 4-0-4. It had structural changes to the wings, pressurization and was lengthened slightly to take 40 passengers. Like the earlier 2-0-2, the 4-0-4 was a cantilever monoplane with a standard tail unit (cantilever tailplane and single vertical stabilizer). It had an airstair in the lower tail section for passenger boarding and disembarkation, retractable tricycle landing gear and was powered by two Pratt & Whitney R-2800-CB16 radial piston engines.

First deliveries in 1951 were made to Eastern Air Lines (EAL), which had ordered 60, and Trans World Airlines (TWA), which had ordered 40. The only other new aircraft from the production line were delivered to the United States Coast Guard which had ordered two as executive transports with the designation RM-1G later changed to RM-1 and then in 1962 to VC-3A. In 1969 they were transferred to the United States Navy and were withdrawn from use by 1970. A total of 103 aircraft were built at the Glenn L. Martin factory in Baltimore. TWA operated its 40 4-0-4s under the name "Skyliner" on scheduled services between 1 September 1950 and the last flight on 29 April 1961. EAL operated its 4-0-4s in the eastern USA using the class name "Silver Falcon". The first EAL schedule was flown on 5 January 1952 and retirement came in late 1962.

Later in their airline career, as they became displaced from the EAL and TWA fleets by turbine-powered aircraft, the 4-0-4s became popular with "second level" operators, known as "local service air carriers" in the U.S. as described and regulated by the federal Civil Aeronautics Board (CAB), with these airlines needing to replace their Douglas DC-3s. One of the last 'major' US airlines with a large fleet of piston-engined airliners was Southern Airways which operated 25 model 4-0-4s on a network of scheduled services from Atlanta in October 1961, all ex-Eastern Airlines aircraft. Southern Airways' last 4-0-4 service was flown on 30 April 1978 with the air carrier then replacing them with smaller Fairchild Swearingen Metroliner "Metro II" turboprops. This was the last piston-engine airliner flight of all the mainstream USA carriers. Martin 4-0-4s were also flown by Pacific Air Lines (which subsequently merged with Bonanza Air Lines and West Coast Airlines to form Air West, which was then renamed Hughes Airwest), Piedmont Airlines (which operated former TWA 4-0-4 airliners), Ozark Air Lines and Mohawk Airlines during the 1960s. Most of these planes were replaced in 1968 with Fairchild F-27 and/or Fairchild-Hiller FH-227B turboprop aircraft. Following their retirement by the aforementioned local service air carriers, a number of 4-0-4s were then operated by several U.S. based commuter and regional airlines including Air South, Atlantic Southeast Airlines (ASA), Florida Airlines, Marco Island Airways, Provincetown-Boston Airlines (PBA) and Southeast Airlines. Martin 4-0-4s were also used in Air Florida Commuter feeder service when Air Florida was operating domestic and international scheduled passenger jet service during the 1970s and 1980s. In February 2008 the last airworthy 4-0-4, an ex TWA aircraft, was ferried to the Planes of Fame Museum in Valle, Arizona. 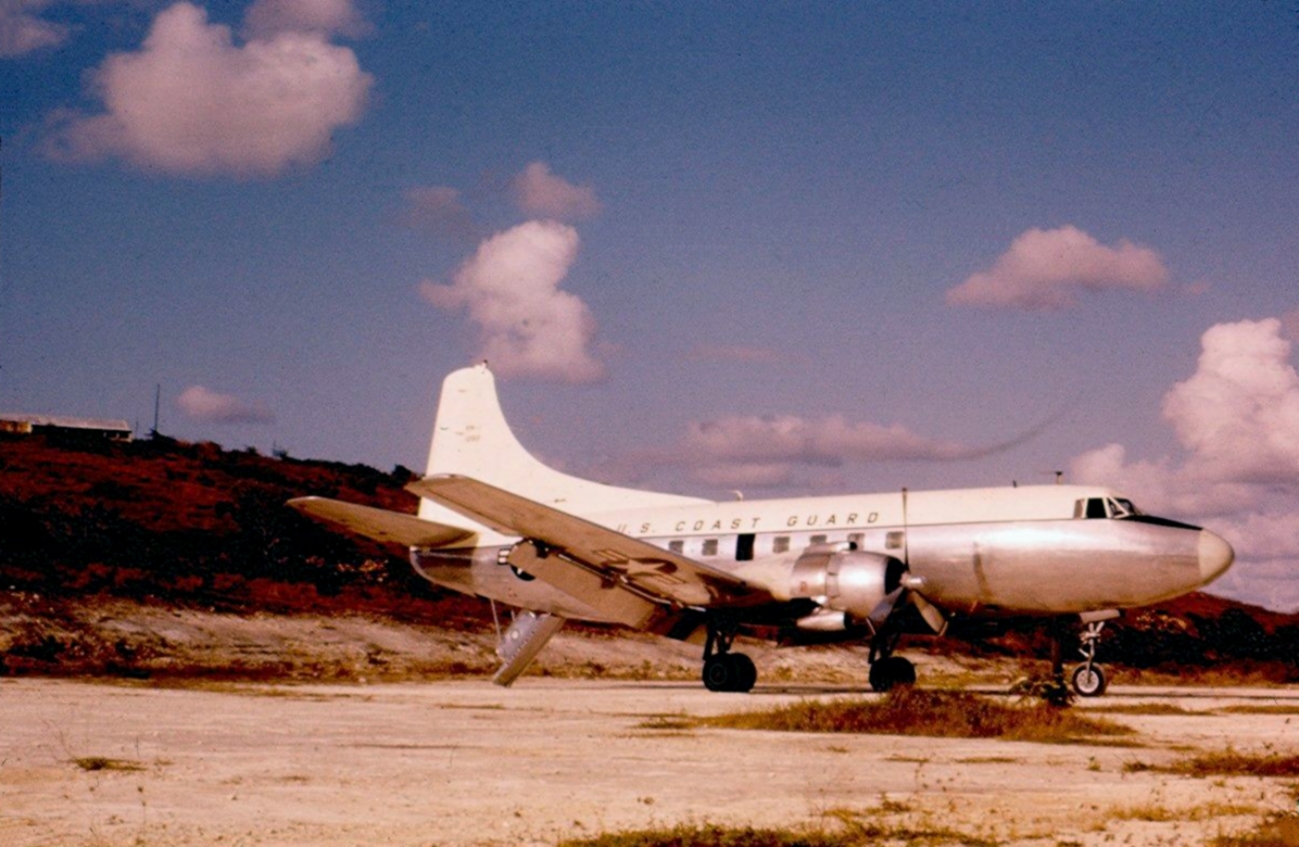 * 19 February 1955: TWA Flight 260 crashed into the Sandia Mountains, killing the three crew and 13 passengers. * 1 April 1956: TWA Flight 400 crashed on takeoff from Greater Pittsburgh International Airport, 22 of the 36 people aboard the aircraft died. * 2 July 1963: Mohawk Airlines Flight 121 crashed during takeoff from Rochester-Monroe airport, killing seven people and injuring 36. * 30 May 1970: Lehigh Acres Development Inc. Flight 701 crashed near Atlanta, Georgia, killing one passenger and five people in a car. Thirty other passengers were injured after just departing moments before from the Peachtree-DeKalb Airport. * 2 October 1970: In the Wichita State University Crash, a charter flight operated by Golden Eagle Aviation crashed near Silver Plume, Colorado killing 31 of the 40 people on board.