Manchuria is an exonym for several large overlapping historical and geographic regions of Russia and China in Northeast Asia (mostly in Northeast China today). Depending on the context, it may refer to: * (most often) Northeast China, the three provinces of Heilongjiang, Jilin, and Liaoning in China. * Greater Manchuria, the area of northeast Asia which served as the homeland of the Jurchens who became the Manchus, now divided between China (Northeast China, or "Inner Manchuria") and Russia (Outer Northeast China, or "Outer Manchuria"); * the Later Jin (1616–1636), the Manchu-led dynasty which became the Qing dynasty; * the northeastern provinces of the Qing Empire initially reserved for use by the Manchu people; * Manchukuo (1932–1945), the puppet state of Imperial Japan intended as a Manchu nation-state First used in the 17th century by the Japanese, it remains a common term elsewhere but is deprecated within China, where it is associated with ethnic chauvinism and Japanese imperialism. Instead, the term Northeast Region (东北; Dōngběi) is used in official state documents to describe the region. Northeast China is now predominantly Han Chinese due to internal Chinese migrations and is considered the homeland of several minority groups besides the Manchus, including the Yemaek the Xianbei, the Shiwei, and the Khitans. The area is also home to many Mongols and Hui. Manchuria is often referred to as the "Chinese rust belt" due to the shrinking cities that used to be the center of China's heavy industry and natural resource mining but today face increasing economic decline. 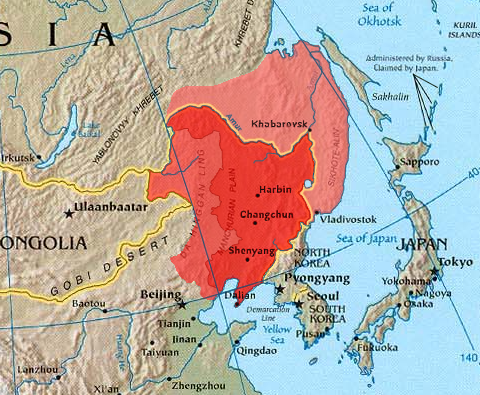 Manchuria is now most often associated with the three Chinese provinces of Heilongjiang, Jilin, and Liaoning. The former Japanese puppet state of Manchukuo further included the prefectures of Chengde (now in Hebei) and Hulunbuir, Hinggan, Tongliao, and Chifeng (now in Inner Mongolia). The region of the Qing Empire referenced as Manchuria originally further included Ussuri and Primoskiy Krais and the southern part of Harbin Oblast. These districts were acknowledged as Qing territory by the 1689 Treaty of Nerchinsk but ceded to the Russian Empire due to the Amur Annexation in the unequal 1858 Treaty of Aigun and 1860 Convention of Beijing. (The People's Republic of China indirectly questioned the legitimacy of these treaties in the 1960s but has more recently signed agreements such as the 2001 Sino-Russian Treaty of Friendship which affirm the current status quo; a minor exchange nonetheless occurred in 2004 at the confluence of the Amur and Ussuri rivers.) Various senses of Greater Manchuria sometimes further include Sakhalin Island, which despite its lack of mention in treaties was shown as Qing territory on period Chinese, Japanese, Russian, and French maps of the area. (Ethnographically, the island was occupied by the Ainu until their forced removal by the Soviet Union after 1945.) 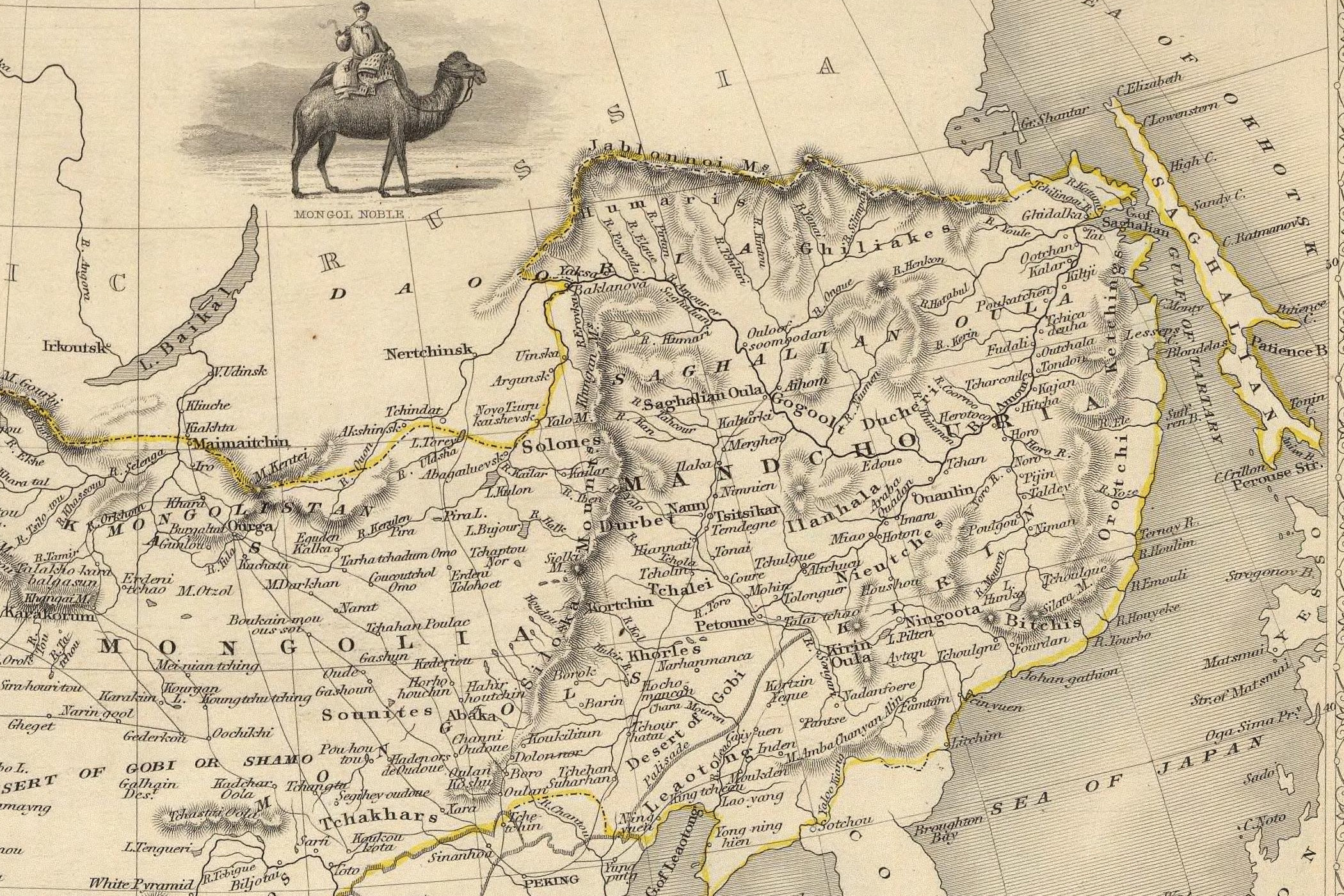 "Manchuria"variations of which arrived in European languages through Dutchis a Latinate calque of the Japanese place name ''Manshū'' "Region of the Manchus"), which dates from the 19th century. The name ''Manju'' was invented and given to the Jurchen people by Hong Taiji in 1635 as a new name for their ethnic group; however, the name "Manchuria" was never used by the Manchus or the Qing dynasty itself to refer to their homeland.