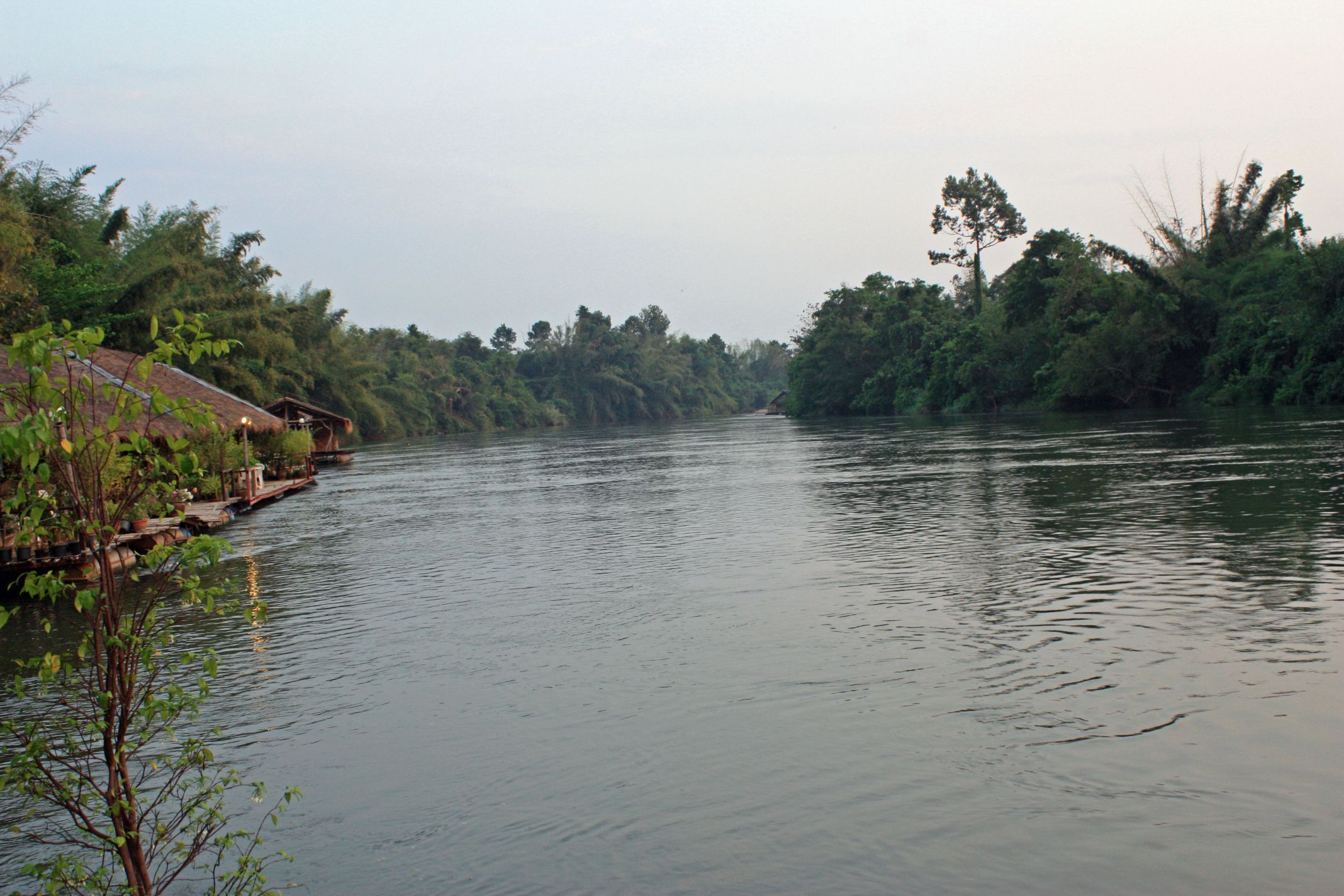 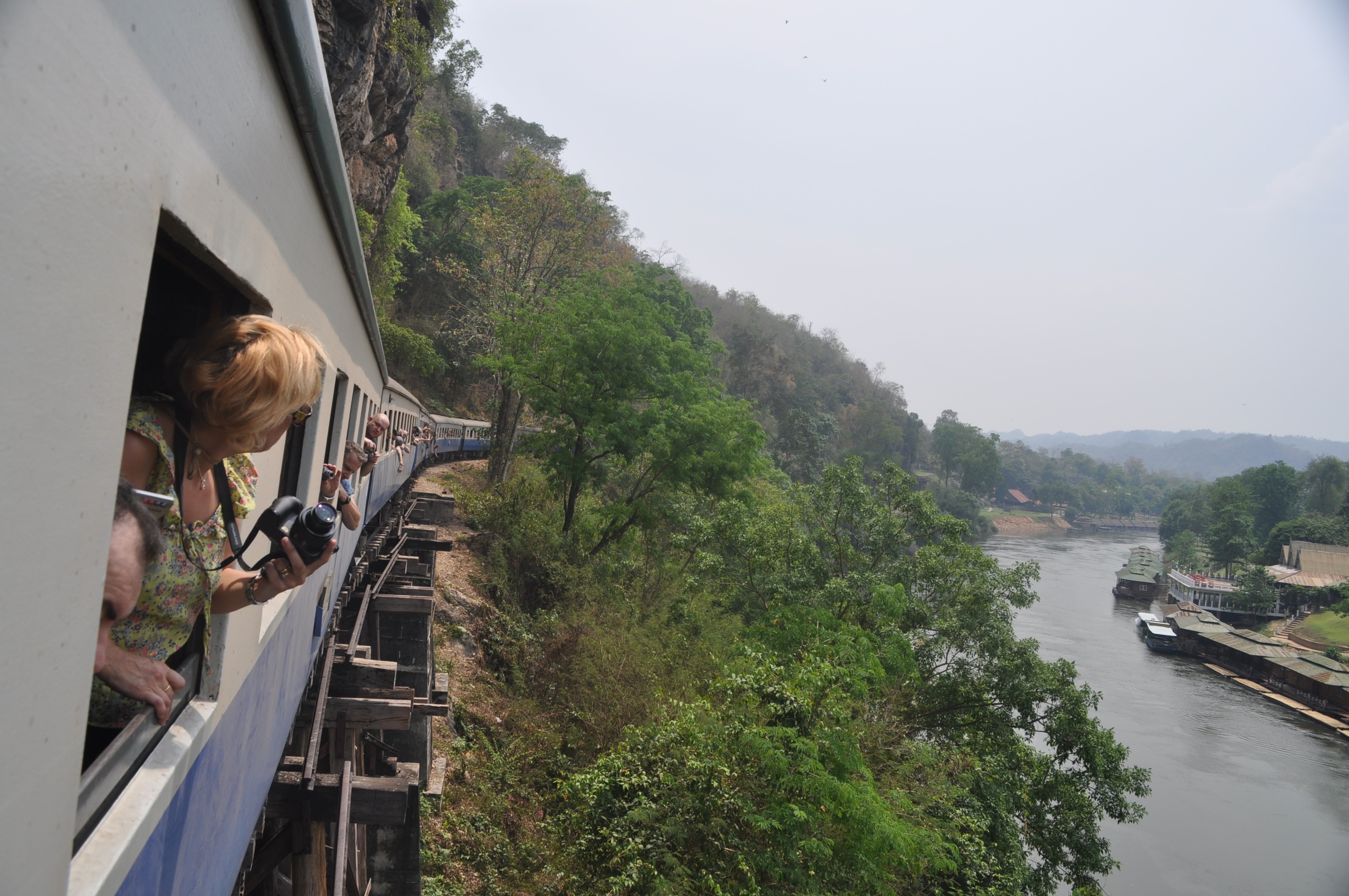 (Khwae Si Sawat) in
Kanchanaburi Kanchanaburi ( th, กาญจนบุรี, ) is a town municipality (''thesaban mueang'') in the west of Thailand and part of Kanchanaburi Province. In 2006 it had a population of 31,327. That number was reduced to 25,651 in 2017. The town c ...
, it passes
Ratchaburi Province Ratchaburi Province ( th, จังหวัดราชบุรี, ) or Rat Buri () is one of Thailand's seventy-six Provinces of Thailand, provinces (''changwat'') lies in Western Thailand. Neighbouring provinces are (from north clockwise) ...
and empties into the
Gulf of Thailand The Gulf of Thailand, also known as the Gulf of Siam, is a shallow inlet in the southwestern South China Sea The South China Sea is a marginal sea of the Western Pacific Ocean. It is bounded in the north by the shores of South China (hence t ...
in
Samut Songkhram Province Samut Songkhram ( th, สมุทรสงคราม, ) is one of the central Provinces of Thailand, provinces (''changwat'') of Thailand. Neighbouring provinces are (from the south clockwise) Phetchaburi Province, Phetchaburi, Ratchaburi Pro ...
. The actual origin of the river is in the Tenasserim Hills, around the Khuean Srinagarindra National Park area in the north of Kanchanaburi Province. In its upper reaches, it feeds the giant Umphang Thi Lo Su Waterfall, Thee Lor Sue Waterfall.

The Mae Klong river basin has a tropical savanna climate, and is subject to two major thermal systems, the southwest and the northeast monsoons. The southwest monsoon brings moisture up from the Indian Ocean beginning in May and climaxing with heavy rains in September and October. These heavy rains are supplemented by cyclones out of the South China Aea during the same two months. The rising of the winds of the northeast monsoon bring an end to this rainfall. Almost 80% of the annual rainfall in the basin occurs in the half-year from May to October. Total annual rainfall ranges from on the coast to at the higher elevations. Temperatures in the basin range from lows of 18°C to highs of 38°C. Giant freshwater stingrays inhabit the river. A sudden die-off of forty-five of these rays in September 2016 threaten them with local extinction. Authorities have suspected that pollution was the cause of the die-off. It was later attributed to molasses waste water which leaked from a sugar/ethanol factory in Ban Pong District of Ratchaburi Province on 30 September that continued until 7 October. High levels of free ammonia killed the animals. The waste water has been reused by farms and not discharged into the environment. The Pollution Control Department will sue Rajburi Ethanol Co for allowing molasses wastewater to leak.