Livestock is commonly defined as domesticated animals raised in an agricultural setting to produce labor and commodities such as meat, eggs, milk, fur, leather, and wool. The term is sometimes used to refer solely to those that are bred for consumption, while other times it refers only to farmed ruminants, such as cattle, sheep and goats. Horses are considered livestock in the United States. The USDA classifies pork, veal, beef, and lamb as livestock and all livestock as red meat. Poultry and fish are not included in the category. The breeding, maintenance, and slaughter of livestock, known as animal husbandry, is a component of modern agriculture that has been practiced in many cultures since humanity's transition to farming from hunter-gatherer lifestyles. Animal husbandry practices have varied widely across cultures and time periods, and continues to play a major economic and cultural role in numerous communities. Livestock farming practices have largely shifted to intensive animal farming, sometimes referred to as "factory farming"; over 99% of livestock in the US are now raised in this way. Intensive animal farming increases the yield of the various commercial outputs, but has also led to negative impacts on animal welfare, the environment, and public health. In particular, livestock, especially beef, dairy and sheep stocks, have out-sized influence on greenhouse gas emissions from agriculture. Due to these negative impacts, but also for reasons of farming efficiency (see Food vs. feed), one projection argues there will be a large decline of livestock at least some animals (e.g. cattle) in certain countries by 2030, and the book ''The End of Animal Farming'' argues that all animal husbandry will end by 2100.

Livestock as a word was first used between 1650 and 1660, as a compound word combining the words "live" and "stock". In some periods, "cattle" and "livestock" have been used interchangeably. Today, the modern meaning of cattle is domesticated bovines, while livestock has a wider sense. United States federal legislation defines the term to make specified agricultural commodities eligible or ineligible for a program or activity. For example, the Livestock Mandatory Reporting Act of 1999 (P.L. 106–78, Title IX) defines livestock only as cattle, swine, and sheep, while the 1988 disaster assistance legislation defined the term as "cattle, sheep, goats, swine, poultry (including egg-producing poultry), equine animals used for food or in the production of food, fish used for food, and other animals designated by the Secretary." Deadstock is defined in contradistinction to livestock as "animals that have died before slaughter, sometimes from illness or disease". It is illegal in many countries, such as Canada, to sell or process meat from dead animals for human consumption.

Animal-rearing originated during the cultural transition to settled farming communities from hunter-gatherer lifestyles. Animals are domesticated when their breeding and living conditions are controlled by humans. Over time, the collective behaviour, lifecycle and physiology of livestock have changed radically. Many modern farm animals are unsuited to life in the wild. The dog was domesticated early; dogs appear in Europe and the Far East from about 15,000 years ago. Goats and sheep were domesticated in multiple events sometime between 11,000 and 5,000 years ago in Southwest Asia. Pigs were domesticated by 8,500 BC in the Near East and 6,000 BC in China. Domestication of the horse dates to around 4000 BC. Cattle have been domesticated since approximately 10,500 years ago. Chickens and other poultry may have been domesticated around 7000 BC.

The term "livestock" is nebulous and may be defined narrowly or broadly. Broadly, livestock refers to any breed or population of animal kept by humans for a useful, commercial purpose.

''Micro-livestock'' is the term used for much smaller animals, usually mammals. The two predominate categories are rodents and lagomorphs (rabbits). Even smaller animals are kept and raised, such as crickets and honey bees. Micro-livestock does not generally include fish (aquaculture) or chickens (poultry farming). 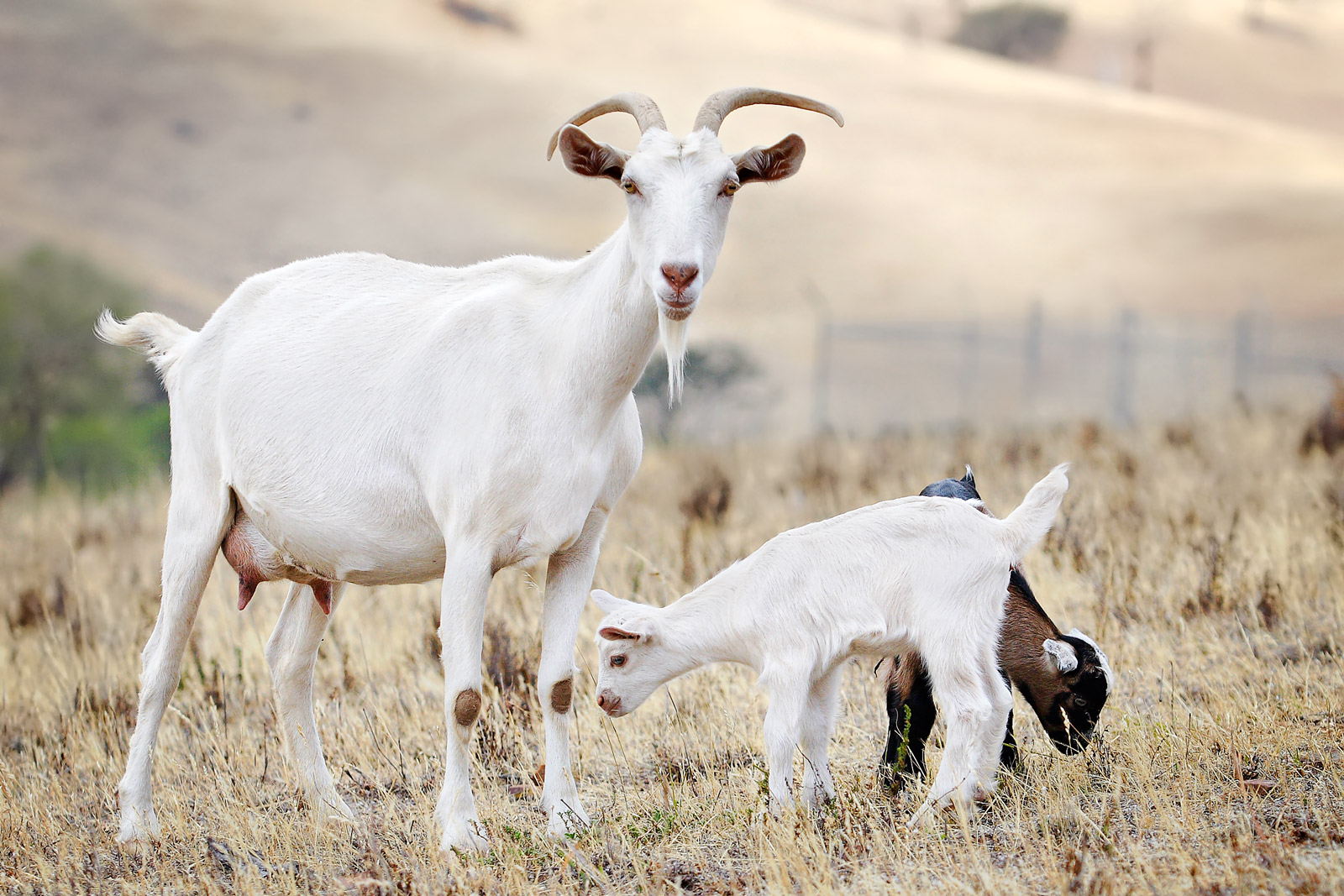 Traditionally, animal husbandry was part of the subsistence farmer's way of life, producing not only the food needed by the family but also the fuel, fertiliser, clothing, transport and draught power. Killing the animal for food was a secondary consideration, and wherever possible its products, such as wool, eggs, milk and blood (by the Maasai) were harvested while the animal was still alive. In the traditional system of transhumance, people and livestock moved seasonally between fixed summer and winter pastures; in montane regions the summer pasture was up in the mountains, the winter pasture in the valleys. Animals can be kept extensively or intensively. Extensive systems involve animals roaming at will, or under the supervision of a herdsman, often for their protection from predators. Ranching in the Western United States involves large herds of cattle grazing widely over public and private lands. Similar cattle stations are found in South America, Australia and other places with large areas of land and low rainfall. Ranching systems have been used for sheep, deer, ostrich, emu, llama and alpaca. In the uplands of the United Kingdom, sheep are turned out on the fells in spring and graze the abundant mountain grasses untended, being brought to lower altitudes late in the year, with supplementary feeding being provided in winter. In rural locations, pigs and poultry can obtain much of their nutrition from scavenging, and in African communities, hens may live for months without being fed, and still produce one or two eggs a week.