This is a list of countries located on more than one continent, known as transcontinental states or intercontinental states. While there are many countries with non-contiguous overseas territories fitting this definition, only a limited number of countries have territory straddling an overland continental boundary, most commonly the line that separates Europe and Asia. The boundary between Europe and Asia is largely conventional, and several conventions remained in use well into the 20th century. However, the now-prevalent convention, used for the purposes of this list, follows the Caucasus northern chain, the Ural River and the Ural Mountains. It has been in use by some cartographers since about 1850. This convention results in several countries finding themselves almost entirely in "Asia", with a few small enclaves or districts technically in "Europe". Notwithstanding these anomalies, this list of transcontinental or intercontinental states respects the convention that Europe and Asia are full continents rather than subcontinents or component landmasses of a larger Eurasian continent. Listed further below, separately, are countries with distant non-contiguous parts (overseas territories) on separate continents. 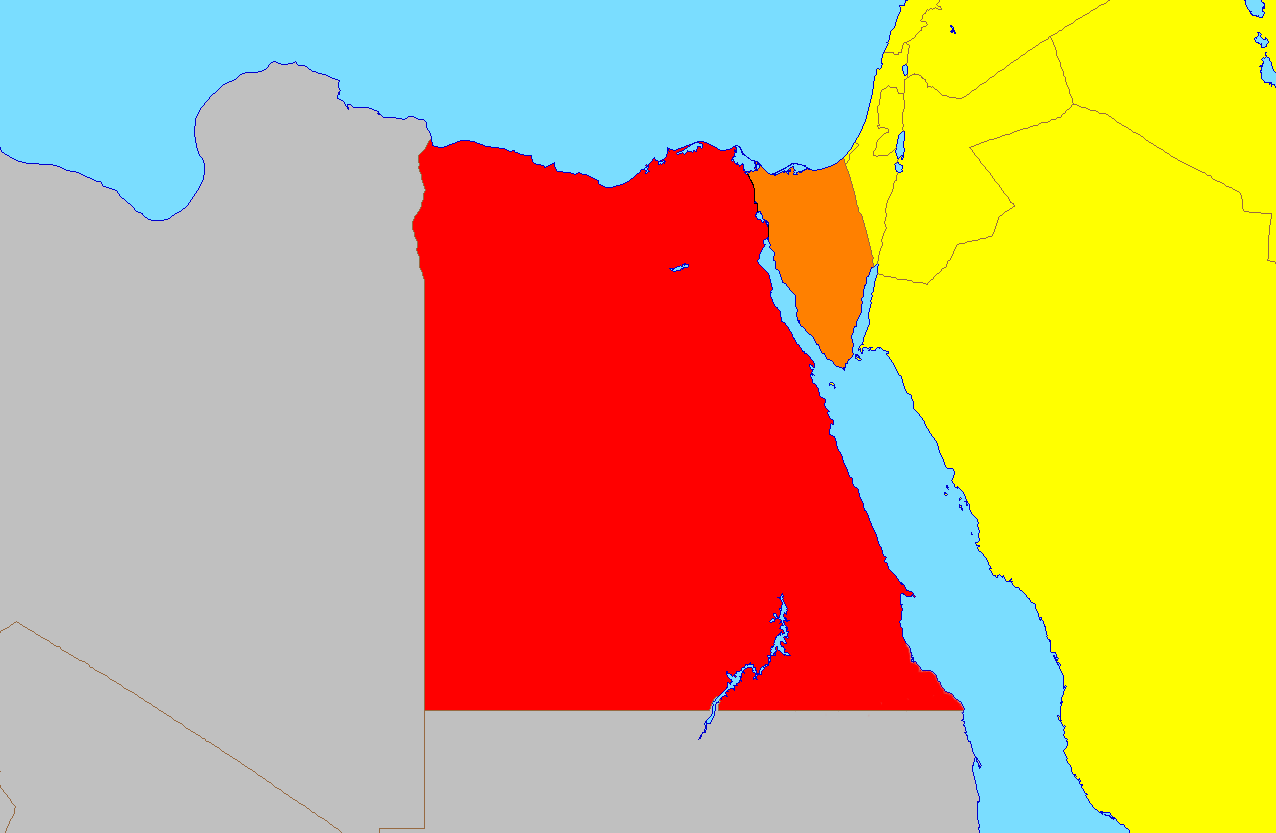 The modern convention for the land boundary between Asia and Africa runs along the Isthmus of Suez and the Suez Canal in Egypt. The border continues through the Gulf of Suez, Red Sea and Gulf of Aden. In antiquity, Egypt had been considered part of Asia, with the ''Catabathmus Magnus'' escarpment taken as the boundary with Africa (Libya). * Egypt: Two of 27 governorates of Egypt lie entirely on the Asian Sinai Peninsula and two are transcontinental: Ismailia Governorate is nearly equally divided by the Suez Canal, and Suez Governorate, which is coterminous with the "transcontinental city" of Suez, has a small portion east of the Canal.

* ''Israel'': After the Yom Kippur War of October 1973, Israel briefly became a transcontinental state as it occupied territory on the African side of the Suez Canal, in addition to the entirety of Sinai. The land was returned in 1975 per the Sinai Interim Agreement. 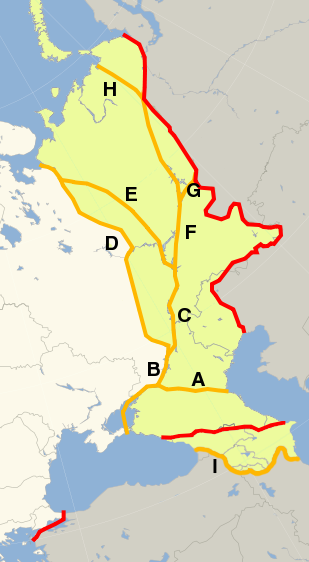 The conventional Europe-Asia boundary was subject to considerable variation during the 18th and 19th centuries, indicated anywhere between the Don River and the Caucasus to the south or the Ural Mountains to the east. Since the later 19th century, the Caucasus–Urals boundary has become almost universally accepted. According to this now-standard convention, the boundary follows the Aegean Sea, the Turkish Straits, the Black Sea, along the watershed of the Greater Caucasus, the northwestern portion of the Caspian Sea and along the Ural River and Ural Mountains to the Arctic Ocean. According to this convention, Azerbaijan, Georgia, Kazakhstan, the Russian Federation, and the Republic of Turkey have territory in both Asia and Europe. * Azerbaijan: Azerbaijan is a country located mainly on the Asian portion of the Caucasus; however, its Qusar, Shabran, Siazan, Khachmaz and Quba districts are north of the Greater Caucasus Watershed, and thus geographically in Europe, placing a population of about half a million (or ca. 5% of the country's total population) in Europe. * Georgia: Georgia is a country located mainly on the Asian portion of the Caucasus, with its Kazbegi Municipality, Khevsureti and Tusheti north of the Greater Caucasus Watershed, and thus geographically in Europe, placing around 5% of the country's total territory in Europe. * Kazakhstan: Kazakhstan is a country mainly located in Central Asia with a small portion of the country extending west of the Ural River in Eastern Europe. The country's physical, cultural, ethnic, and geographic characteristics are Central Asian, with a large European influence and influx of European settlers from Russia from when it was a part of the Soviet Union and the earlier Russian Empire. Its West Kazakhstan and Atyrau regions extend on either side of the Ural River, placing a population of less than one million residents (out of a 15 million total population) geographically in Europe. * Russia: The Russian Federation is located in Eastern Europe with substantial territory in Northern Asia, which was historically incorporated into the Tsardom of Russia in the 17th century by conquests. Although Russia falls partly in Asia, it is considered a European country because of its historical, cultural, ethnical, and political ties to the continent. The vast majority of its population (80%) lives within its European portion, making it the most populous European nation. Russia's capital Moscow is the largest city in Europe. * Turkey: The Republic of Turkey falls almost wholly within the Anatolian Peninsula in Western Asia, with a small portion of the country in the Balkan Peninsula in Southeastern Europe called East Thrace, which covers only 3% of the country's total area, with a population of about 11 million people, or some 14% of the country's population. Turkey's largest city Istanbul spans either side of the Bosphorus, making it a "transcontinental city" in both Europe and Asia, while the country's capital Ankara is located in Asia. The territory of the current Turkish state is the core territory of the previous Ottoman Empire that was also transcontinental in the same geographic region, which itself had also supplanted the earlier, similarly transcontinental Byzantine Empire.