Leather is a durable and flexible material created by tanning animal rawhide and skins. The most common raw material is cattle hide. It can be produced at manufacturing scales ranging from artisan to modern industrial scale. Leather making has been practiced for more than 7,000 years; the earliest record of leather artifacts dates back to 2200 BCE. Leather is used to make a variety of articles, including footwear, automobile seats, clothing, bags, book bindings, fashion accessories, and furniture. It is produced in a wide variety of types and styles and decorated by a wide range of techniques. Leather usage has come under criticism in the 20th and 21st centuries by animal rights groups. These groups claim that buying or wearing leather is unethical because producing leather requires animals to be killed. However, according to the LCA report for the United Nations Industrial Development Organziation, 99% of the raw hides and skins used in the production of leather derive from animals raised for meat and/or dairy production.

]] Leon">File:Modern-day tannery.jpg|thumb|Modern-day tannery in Leon, liming,_[[deliming.html" style="text-decoration: none;"class="mw-redirect" title="liming (leather processing)">liming, [[deliming">liming (leather processing)">liming, [[deliming, bating, [[bleaching]], and [[pickling]]. [[Tanning (leather)|Tanning]] is a process that stabilizes the [[protein]]s, particularly [[collagen]], of the raw hide to increase the thermal, chemical and microbiological stability of the hides and skins, making it suitable for a wide variety of end applications. The principal difference between raw and tanned hides is that raw hides dry out to form a hard, inflexible material that, when rewetted, will putrefy, while tanned material dries to a flexible form that does not become putrid when rewetted. Many tanning methods and materials exist. The typical process sees tanners load the hides into a drum and immerse them in a tank that contains the tanning "liquor." The hides soak while the drum slowly rotates about its axis, and the tanning liquor slowly penetrates through the full thickness of the hide. Once the process achieves even penetration, workers slowly raise the liquor's pH in a process called basification, which fixes the tanning material to the leather. The more tanning material fixed, the higher the leather's hydrothermal stability and shrinkage temperature resistance. Crusting is a process that thins and lubricates leather. It often includes a coloring operation. Chemicals added during crusting must be fixed in place. Crusting culminates with a drying and softening operation, and may include splitting, shaving, dyeing, whitening or other methods. For some leathers, tanners apply a surface coating, called "finishing". Finishing operations can include oiling, brushing, buffing, coating, polishing, embossing, glazing, or tumbling, among others. Leather can be oiled to improve its water resistance. This currying process after tanning supplements the natural oils remaining in the leather itself, which can be washed out through repeated exposure to water. Frequent oiling of leather, with mink oil, neatsfoot oil, or a similar material keeps it supple and improves its lifespan dramatically.

Tanning processes largely differ in which chemicals are used in the tanning liquor. Some common types include: * is tanned using tannins extracted from vegetable matter, such as tree bark prepared in bark mills. It is the oldest known method. It is supple and light brown in color, with the exact shade depending on the mix of materials and the color of the skin. The color tan derives its name from the appearance of undyed vegetable-tanned leather. Vegetable-tanned leather is not stable in water; it tends to discolor, and if left to soak and then dry, it shrinks and becomes harder, a feature of vegetable-tanned leather that is exploited in traditional shoemaking. In hot water, it shrinks drastically and partly congeals, becoming rigid and eventually brittle. Boiled leather is an example of this, where the leather has been hardened by being immersed in hot water, or in boiled wax or similar substances. Historically, it was occasionally used as armor after hardening, and it has also been used for book binding. * Chrome-tanned leather is tanned using chromium sulfate and other chromium salts. It is also known as "wet blue" for the pale blue color of the undyed leather. The chrome tanning method usually takes approximately one day to complete, making it best suited for large-scale industrial use. This is the most common method in modern use. It is more supple and pliable than vegetable-tanned leather and does not discolor or lose shape as drastically in water as vegetable-tanned. However, there are environmental concerns with this tanning method, as chromium is a heavy metal; while the trivalent chromium used for tanning is harmless, other byproducts can contain toxic variants. The method was developed in the latter half of the 19th century as tanneries wanted to find ways to speed up the process and to make leather more waterproof. * Aldehyde-tanned leather is tanned using glutaraldehyde or oxazolidine compounds. It is referred to as "wet white" due to its pale cream color. It is the main type of "chrome-free" leather, often seen in shoes for infants and automobiles. Formaldehyde has been used for tanning in the past; it is being phased out due to danger to workers and sensitivity of many people to formaldehyde. ** Chamois leather is a form of aldehyde tanning that produces a porous and highly water-absorbent leather. Chamois leather is made using marine oils (traditionally cod oil) that oxidize to produce the aldehydes that tan the leather. * Brain tanned leathers are made by a labor-intensive process that uses emulsified oils, often those of animal brains such as deer, cattle, and buffalo. They are known for their exceptional softness and washability. * Alum leather is transformed using aluminium salts mixed with a variety of binders and protein sources, such as flour and egg yolk. Alum leather is not actually tanned; rather the process is called "tawing", and the resulting material reverts to rawhide if soaked in water long enough to remove the alum salts.

In general, leather is produced in the following grades: * Top-grain leather includes the outer layer of the hide, known as the grain, which features finer, more densely packed fibers, resulting in strength and durability. Depending on thickness, it may also contain some of the more fibrous under layer, known as the corium. Types of top-grain leather include: **Full-grain leather contains the entire grain layer, without any removal of the surface. Rather than wearing out, it develops a patina during its useful lifetime. It is usually considered the highest quality leather. Furniture and footwear are often made from full-grain leather. Full-grain leather is typically finished with a soluble aniline dye. Russia leather is a form of full-grain leather. ** Corrected grain leather has the surface subjected to finishing treatments to create a more uniform appearance. This usually involves buffing or sanding away flaws in the grain, then dyeing and embossing the surface. ** Nubuck is top-grain leather that has been sanded or buffed on the grain side to give a slight nap of short protein fibers, producing a velvet-like surface. * Split leather is created from the corium left once the top-grain has been separated from the hide, known as the drop split. In thicker hides, the drop split can be further split into a middle split and a flesh split. **Bicast leather is split leather that has a polyurethane or vinyl layer applied to the surface and embossed to give it the appearance of a grain. It is slightly stiffer than top-grain leather but has a more consistent texture. ** Patent leather is leather that has been given a high-gloss finish by the addition of a coating. Dating to the late 1700s, it became widely popular after inventor Seth Boyden developed the first mass-production process, using a linseed-oil-based lacquer, in 1818. Modern versions are usually a form of bicast leather. **Suede is made from the underside of a split to create a soft, napped finish. It is often made from younger or smaller animals, as the skins of adults often result in a coarse, shaggy nap. * Bonded leather, also called ''reconstituted leather'', is a material that uses leather scraps that are shredded and bonded together with polyurethane or latex onto a fiber mesh. The amount of leather fibers in the mix varies from 10% to 90%, affecting the properties of the product. 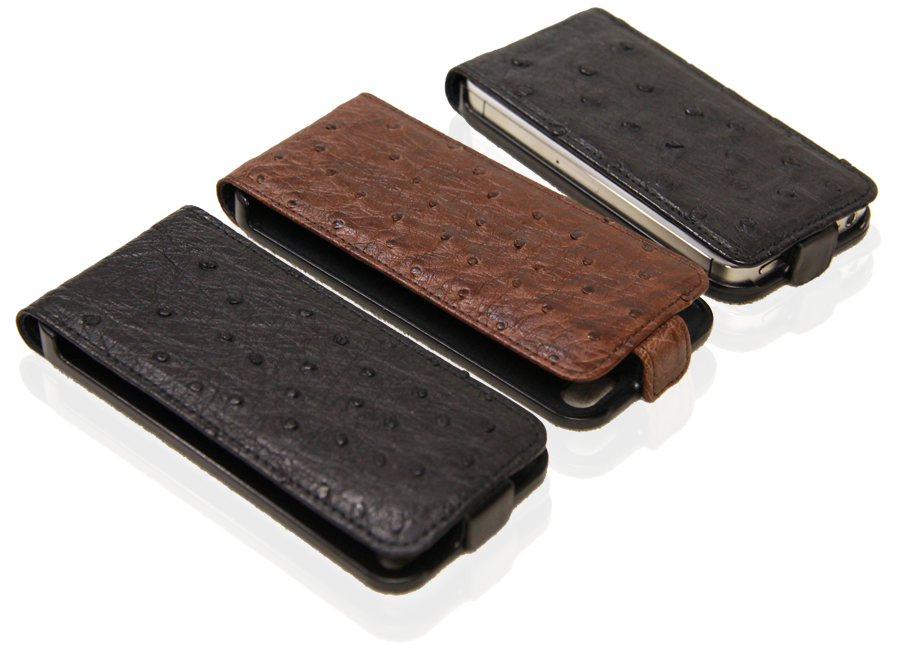