Click Here for Items Related To - Law of Sweden


The law of Sweden is a civil law system, whose essence is manifested in its dependence on statutory law. Sweden's civil law tradition, as in the rest of Europe, is founded on classical Roman law, but on the German (rather than Napoleonic) model. But, over time Sweden along with the other Scandinavian countries have deviated significantly from the classical Roman and German model. Instead, the Scandinavian countries (Sweden, Norway, and Denmark) together with Finland, the Faroe Islands, Greenland, the Åland Islands (self-governing) and Iceland may be said to have a special "Nordic" version of jurisprudence that is neither a truly civil law system nor a part of the British derived common law legal system.

Sweden has a written constitution consisting of four fundamental laws. A distinction is made between fundamental laws and other laws; the difference being that any amendment of fundamental laws requires two identical decisions to be made by the Riksdag (Sweden's national legislature), separated by an election. 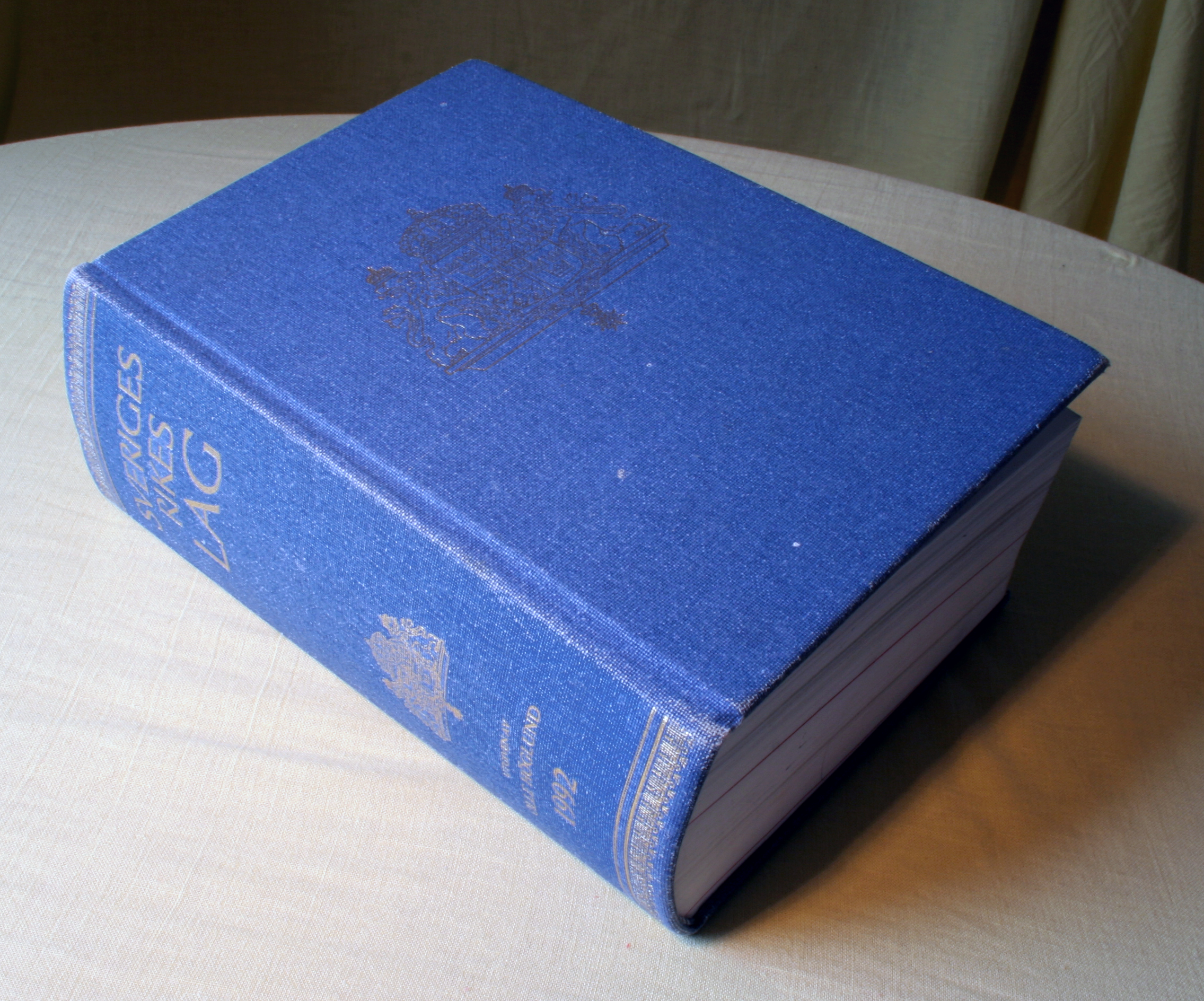 The Swedish Code of Statutes is the official chronological compilation of all new national laws enacted by the Riksdag and ordinances issued by the Government. See also the Sveriges Rikes lag, or the Book of Statutes, by Norstedts Juridik and Svenska förtfattningar i översättning till främmande språk. Register över gällande SFS-författningar contains alphabetical and chronological indexes. Unlike most continental European countries, however, Sweden's codified statutes do not include a comprehensive Civil Code comparable to the German BGB or the French Civil Code and instead set forth statutory law in a piecemeal fashion. For example, rather than addressing the law of obligations in one major title of a comprehensive civil code, Sweden addresses the subset of the law of obligations pertaining to torts in an isolated statute passed piecemeal in 1972 that is not itself comprehensive or complete. Similarly, Sweden's contract act just addresses selected topics in contract law leaving the rest to case law, rather than comprehensively addressing all facets of contract law as a civil code on the subject would. In other words, Swedish statutes are more similar in character to statutes in the United States and other Commonwealth nations than to the comprehensive civil codes that predominate in continental European civil law systems and similar systems in Asia and Latin America based upon the continental European civil law systems. Significant efforts have been made in the post-World War II era by Scandinavian Justice Ministers to harmonize the private law of the Nordic countries with each other. Sweden is currently in the process of attempting to draft a more comprehensive and systematic civil code for itself and it made significant progress towards that goal with a 2009 report, in furtherance of the goal of better harmonizing European private law.

Unlike other Continental civil law systems, in which case law is generally not binding authority even if it can inform a judge's decision, and much like the common law legal systems of the British Commonwealth and former British dependencies (of which Sweden is not a part), Sweden relies upon authoritative judge made case law as an important supplement to its statutes.

The law was unified by legislation of King Magnus Eriksson c. 1350 into two general codes. These were replaced by a single code, the Civil Code of 1734, which was promulgated in 1734. Only two of the nine codes that made up the Civil Code of 1734, however, are still in force. Parts of the Commercial Code and the Building Code are still in effect. Marriage is regulated in the Marriage Code of 1987; the Parental Code is from 1949; the Inheritance Code is from 1958; etc.


Guide to Law Online: Sweden
from the Library of Congress
SFS
from the Riksdag