Click Here for Items Related To - Law of Brazil

The powers of the Union, as defined within the Constitution, are the Executive, the Legislative and the Judiciary, which are independent and harmonious amongst themselves. The head of the Executive is the President of the Republic, which is both the Chief of State and the Head of Government and is directly elected by the citizens. The Legislative, embedded in the form of National Congress and consists of two houses: The Chamber of Deputies (lower house) and the Federal Senate (upper house), both constituted by representatives who are elected by the citizens. The Judicial powers are vested upon the Federal Supreme Court, the Superior Court of Justice, the Regional Federal Courts and Federal Judges. There are also specialized courts to deal with electoral, labor and military disputes. The Judiciary is organized into federal and state branches. Municipalities do not have their own justice systems, and must, therefore, resort to state or federal justice systems, depending on the nature of the case. The judicial system consists of several courts. The apex is the Federal Supreme Court and is the guardian of the Constitution. Among other duties, it has exclusive jurisdiction to: (i) declare federal or state laws unconstitutional; (ii) order extradition requests from foreign States; and (iii) rule over cases decided in sole instance courts, where the challenged decision may violate the Constitution. The Superior Court of Justice is responsible for upholding federal legislation and treaties. The five Regional Federal Courts, have constitutional jurisdiction on cases involving appeals towards the decision ruled by federal judges, and are also responsible for cases of national interest and crimes foreseen in international pacts, among other duties. The jurisdiction of the Federal Judges include: being responsible for hearing most disputes in which one of the parties is the Union (State); ruling on lawsuits between a foreign State or international organization and a municipality or a person residing in Brazil; and judging cases based on treaties or international agreements of the Union against a foreign State or international body. State-level justice in Brazil consists of state courts and judges. The States of Brazil organize their own judicial systems, with court jurisdiction defined in each state constitution, observing that their legal scope is limited by those that do not concern the federal judicial ordainment. The legislative process begins, in broad terms, with a bill of law in one of the Congress Houses, either the Chamber of Deputies or the Federal Senate, thus called the Originating House. Once the bill is voted on, it can either be rejected or forwarded to the other house, which is called the Reviewing House. There the bill can be rejected, approved or amended to be then returned to the Originating House. Depending on the object of the bill, it is forwarded for the presidential sanction or veto, as a whole or in part. If the bill is vetoed, the members of the National Congress of Brazil can override such veto. 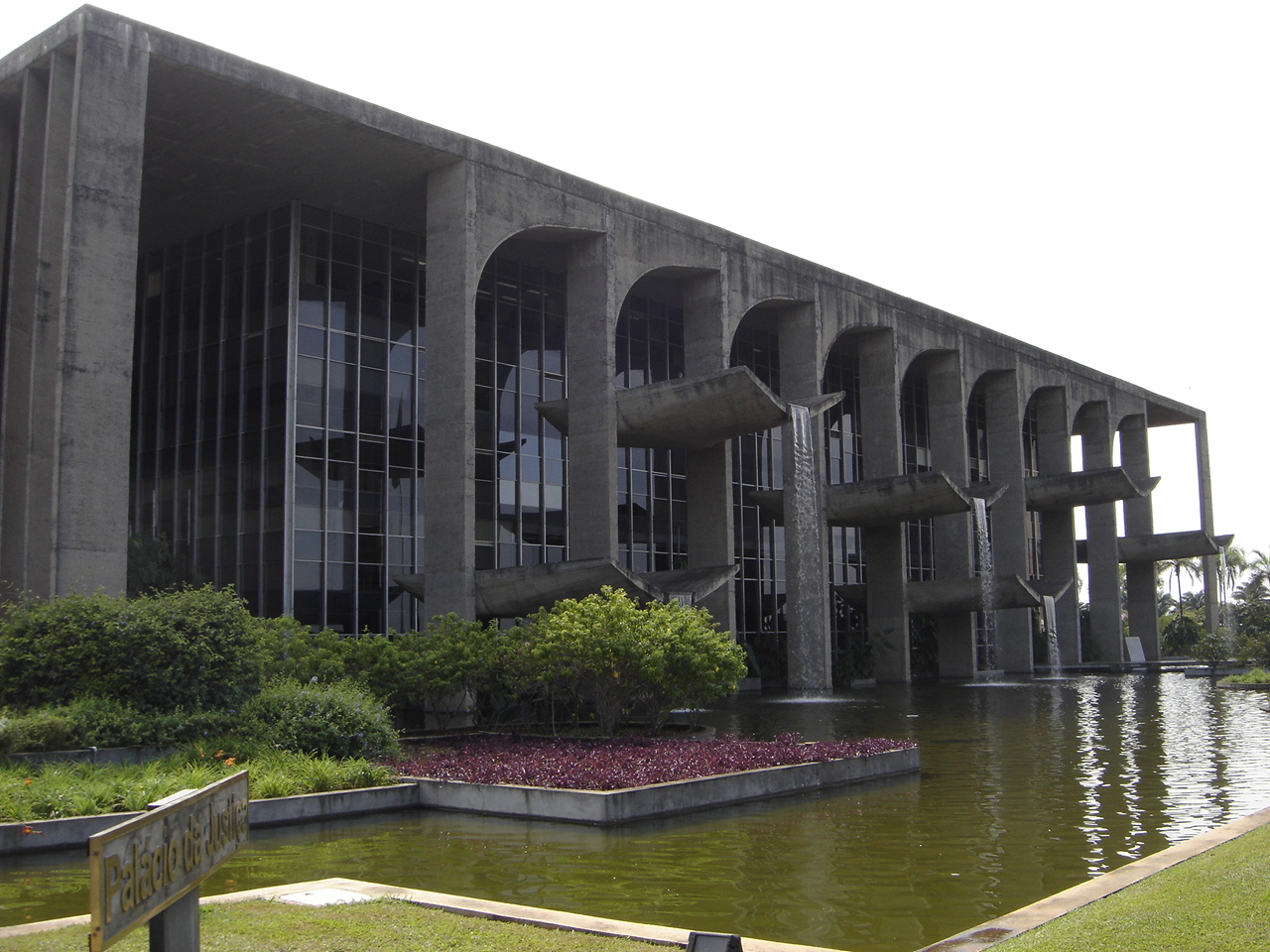 For centuries, as a Portuguese colony, Law enforced in Brazil was the Law of Portugal. Famous students of Brazilian colonial era, among them many revolutionaries, graduated from the important Portuguese University of Coimbra, located in Central Portugal. With the Independence of Brazil and the rise of the Empire, it was necessary to create an independent judiciary and also to give its staff a legal education in the country. In 1827, the first law schools in Brazil were founded: the Academies of Law and Social Sciences in São Paulo and Olinda. Brazilian law is largely derived from Portuguese civil law and is related to the Roman-Germanic legal tradition. This means that the legal system is based on statutes, although a recent constitutional reform (Amendment to the Constitution 45, passed in 2004) has introduced a mechanism similar to the ''stare decisis'', called ''súmula vinculante.'' Nevertheless, according to article 103-A of the Brazilian Constitution, only the Supreme Court is allowed to publish binding rules. Inferior judges and courts, and the public administration, are hence obliged to obey the interpretations of the Supreme Court. In more recent times, according to the judiciary structure framed in the Brazilian Constitution, judicial power is divided between judicial branch of the states and the Federal judicial branch, and they have different jurisdictions. The prerogatives and duties of judges are the same, the differences being only in the competences, structure and composition of the Courts.

Each state territory is divided into judicial districts named ''comarcas'', which are composed of one or more municipalities. The 27 Courts of Justice have their headquarters in the capital of each State and have jurisdiction only over their State territories. The Federal District only presents the federal-level judicial branch. Each comarca has at least one trial court, a court of first instance. Each court of first instance has a law judge and a substitute judge. The judge decides alone in all civil cases and in most criminal cases. Only intentional crimes against life are judged by jury. The judges of the courts are nominated after a selection process. There are specialized courts of first instance for family litigation or bankruptcy in some ''comarcas''. Judgments from these district courts can be the subject of judicial review following appeals to the courts of second instance.

The highest court of a state judicial system is its court of second instance, the Courts of Justice. In each Brazilian State there is one Court of Justice (''Tribunal de Justiça'' in Portuguese). Courts of Justice are courts of appeal, meaning they can review any decisions taken by the trial courts, and have the final word on decisions at state level, though their decisions may be overturned by the federal courts. Some states, as São Paulo and Minas Gerais, used to have Court of Appeals (''Tribunal de Alçada'' in Portuguese) which had different jurisdiction. But the 45th Constitutional Amendment to the Brazilian Constitution,