The Latin alphabet or Roman alphabet is the collection of letters originally used by the ancient Romans to write the Latin language and its extensions used to write modern languages.

The term ''Latin alphabet'' may refer to either the alphabet used to write Latin (as described in this article) or other alphabets based on the Latin script, which is the basic set of letters common to the various alphabets descended from the classical Latin alphabet, such as the English alphabet. These Latin-script alphabets may discard letters, like the Rotokas alphabet, or add new letters, like the Danish and Norwegian alphabets. Letter shapes have evolved over the centuries, including the development in Medieval Latin of lower-case, forms which did not exist in the Classical period alphabet.

Due to its use in writing Germanic, Romance and other languages first in Europe and then in other parts of the world and due to its use in Romanizing writing of other languages, it has become widespread (see Latin script). It is also used officially in Asian countries such as China (separate from its ideographic writing), Malaysia, Indonesia, and Vietnam, and has been adopted by Baltic and some Slavic states. The Latin alphabet evolved from the visually similar Etruscan alphabet, which evolved from the Cumaean Greek version of the Greek alphabet, which was itself descended from the Phoenician alphabet, which in turn derived from Egyptian hieroglyphics. The Etruscans ruled early Rome; their alphabet evolved in Rome over successive centuries to produce the Latin alphabet. During the Middle Ages, the Latin alphabet was used (sometimes with modifications) for writing Romance languages, which are direct descendants of Latin, as well as Celtic, Germanic, Baltic and some Slavic languages. With the age of colonialism and Christian evangelism, the Latin script spread beyond Europe, coming into use for writing indigenous American, Australian, Austronesian, Austroasiatic and African languages. More recently, linguists have also tended to prefer the Latin script or the International Phonetic Alphabet (itself largely based on the Latin script) when transcribing or creating written standards for non-European languages, such as the African reference alphabet.

Although it does not seem that classical Latin used diacritics (accents etc), modern English is the only major modern language of European origin that does not have any for native words.

Although Latin did not use diacritical signs, signs of truncation of words, often placed above the truncated word or at the end of it, were very common. Furthermore, abbreviations or smaller overlapping letters were often used. This was due to the fact that if the text was engraved on the stone, the number of letters to be written was reduced, while if it was written on paper or parchment, it was spared the space, which was very precious. This habit continued even in the Middle Ages. Hundreds of symbols and abbreviations exist, varying from century to century. 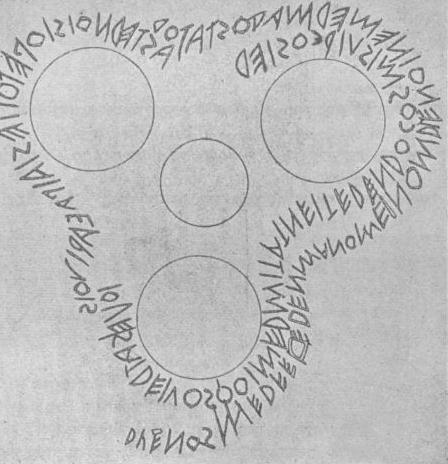 Latin included 21 different characters. The letter was the western form of the Greek gamma, but it was used for the sounds and alike, possibly under the influence of Etruscan, which might have lacked any voiced plosives. Later, probably during the 3rd century BC, the letter – unneeded to write Latin properly – was replaced with the new letter , a modified with a small vertical stroke, which took its place in the alphabet. From then on, represented the voiced plosive , while was generally reserved for the voiceless plosive . The letter was used only rarely, in a small number of words such as ''Kalendae'', often interchangeably with .

After the Roman conquest of Greece in the 1st century BC, Latin adopted the Greek letters and (or readopted, in the latter case) to write Greek loanwords, placing them at the end of the alphabet. An attempt by the emperor Claudius to introduce three additional letters did not last. Thus it was during the classical Latin period that the Latin alphabet contained 23 letters: The Latin names of some of these letters are disputed; for example, may have been called or . In general the Romans did not use the traditional (Semitic-derived) names as in Greek: the names of the plosives were formed by adding to their sound (except for and , which needed different vowels to be distinguished from ) and the names of the continuants consisted either of the bare sound, or the sound preceded by . The letter when introduced was probably called "hy" as in Greek, the name upsilon not being in use yet, but this was changed to "i Graeca" (Greek i) as Latin speakers had difficulty distinguishing its foreign sound from . was given its Greek name, zeta. This scheme has continued to be used by most modern European languages that have adopted the Latin alphabet. For the Latin sounds represented by the various letters see Latin spelling and pronunciation; for the names of the letters in English see English alphabet. Diacritics were not regularly used, but they did occur sometimes, the most common being the apex used to mark long vowels, which had previously sometimes been written doubled. However, in place of taking an apex, the letter i was written taller: . For example, what is today transcribed ''Lūciī a fīliī'' was written in the inscription depicted. The primary mark of punctuation was the interpunct, which was used as a word divider, though it fell out of use after 200 AD. Old Roman cursive script, also called majuscule cursive and capitalis cursive, was the everyday form of handwriting used for writing letters, by merchants writing business accounts, by schoolchildren learning the Latin alphabet, and even emperors issuing commands. A more formal style of writing was based on Roman square capitals, but cursive was used for quicker, informal writing. It was most commonly used from about the 1st century BC to the 3rd century, but it probably existed earlier than that. It led to Uncial, a majuscule script commonly used from the 3rd to 8th centuries AD by Latin and Greek scribes. New Roman cursive script, also known as minuscule cursive, was in use from the 3rd century to the 7th century, and uses letter forms that are more recognizable to modern eyes; , , , and had taken a more familiar shape, and the other letters were proportionate to each other. This script evolved into the medieval scripts known as Merovingian and Carolingian minuscule.

It was not until the Middle Ages that the letter (originally a ligature of two s) was added to the Latin alphabet, to represent sounds from the Germanic languages which did not exist in medieval Latin, and only after the Renaissance did the convention of treating and as vowels, and and as consonants, become established. Prior to that, the former had been merely allographs of the latter. With the fragmentation of political power, the style of writing changed and varied greatly throughout the Middle Ages, even after the invention of the printing press. Early deviations from the classical forms were the uncial script, a development of the Old Roman cursive, and various so-called minuscule scripts that developed from New Roman cursive, of which the insular script developed by Irish literati & derivations of this, such as Carolingian minuscule were the most influential, introducing the lower case forms of the letters, as well as other writing conventions that have since become standard. The languages that use the Latin script generally use capital letters to begin paragraphs and sentences and proper nouns. The rules for capitalization have changed over time, and different languages have varied in their rules for capitalization. Old English, for example, was rarely written with even proper nouns capitalized, whereas Modern English writers and printers of the 17th and 18th century frequently capitalized most and sometimes all nouns, which is still systematically done in Modern German, e.g. in the preamble and all of the United States Constitution: ''We the People of the United States, in Order to form a more perfect Union, establish Justice, insure domestic Tranquility, provide for the common defence, promote the general Welfare, and secure the Blessings of Liberty to ourselves and our Posterity, do ordain and establish this Constitution for the United States of America.''

The Latin alphabet spread, along with the Latin language, from the Italian Peninsula to the lands surrounding the Mediterranean Sea with the expansion of the Roman Empire. The eastern half of the Empire, including Greece, Anatolia, the Levant, and Egypt, continued to use Greek as a lingua franca, but Latin was widely spoken in the western half, and as the western Romance languages evolved out of Latin, they continued to use and adapt the Latin alphabet. With the spread of Western Christianity during the Middle Ages, the script was gradually adopted by the peoples of northern Europe who spoke Celtic languages (displacing the Ogham alphabet) or Germanic languages (displacing earlier Runic alphabets), Baltic languages, as well as by the speakers of several Uralic languages, most notably Hungarian, Finnish and Estonian. The Latin alphabet came into use for writing the West Slavic languages and several South Slavic languages, as the people who spoke them adopted Roman Catholicism. Later, it was adopted by non-Catholic countries. Romanian, most of whose speakers are Orthodox, was the first major language to switch from Cyrillic to Latin script, doing so in the 19th century, although Moldova only did so after the Soviet collapse. It has also been increasingly adopted by Turkic-speaking countries, beginning with Turkey in the 1920s. After the Soviet collapse, Azerbaijan, Turkmenistan, and Uzbekistan all switched from Cyrillic to Latin. The government of Kazakhstan announced in 2015 that the Latin alphabet would replace Cyrillic as the writing system for the Kazakh language by 2025.