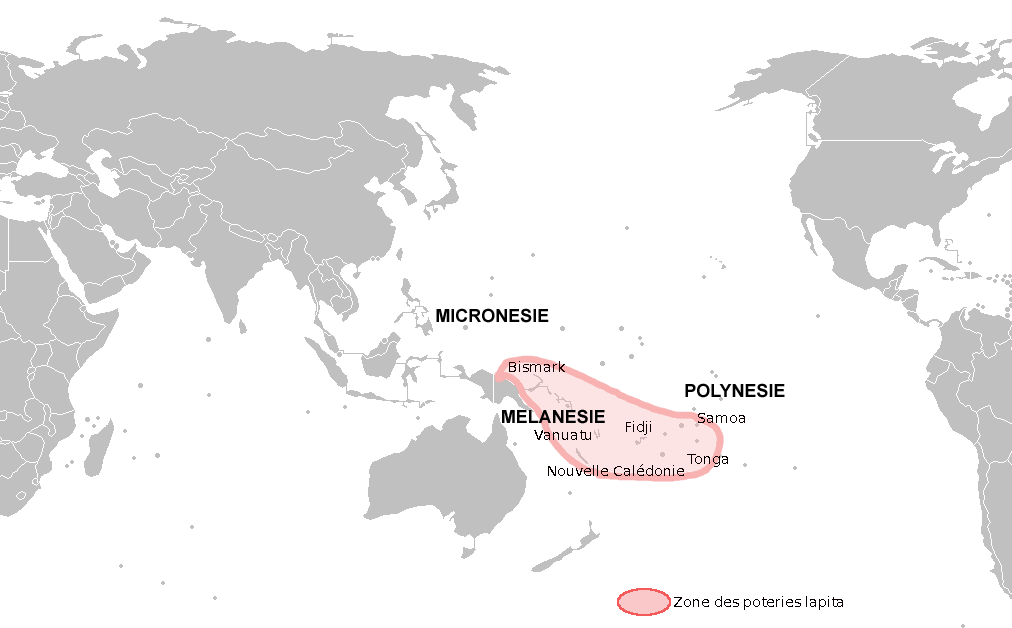 The Lapita culture is the name given to a prehistoric Pacific Ocean people who left evidence of their livelihood on several Pacific Islands, in the form of ceramic objects that range in date from about 1600 BCE to about 500 BCE. Some archaeologists believe that the Lapita are the ancestors of historic cultures in Polynesia, Micronesia, and some coastal areas of Melanesia. Others believe that these are two distinct cultures that evolved separately within shared areas. The historically recognized characteristic of the Lapita culture is a distinctive geometric design on dentate-stamped pottery.

The term 'Lapita' was coined by archaeologists after mishearing a word in the local Haveke language, ''xapeta'a'', which means 'to dig a hole' or 'the place where one digs', during the 1952 excavation in New Caledonia.