Laguna de Bay ( fil|Lawa ng Laguna ; en|Lake of Laguna) or Laguna Bay (incorrectly called "Laguna lake") is the largest lake in the Philippines. It is located southeast of Metro Manila, between the provinces of Laguna to the south and Rizal to the north. A freshwater lake, it has a surface area of 911–949 km² (352–366 sq mi), with an average depth of about and an elevation of about above sea level. The lake is shaped like a crow's foot, with two peninsulas jutting out from the northern shore. Between these peninsulas, the middle lobe fills the large volcanic Laguna Caldera. In the middle of the lake is the large island of Talim, which falls under the jurisdiction of the towns of Binangonan and Cardona in Rizal province. The lake is one of the primary sources of freshwater fish in the country. Its water drains to Manila Bay via the Pasig River.

thumb|left|The Laguna de Bay surrounded by the province of Laguna and Rizal and Metro Manila on the north-west; the town of Bay highlighted. Laguna de Bay means "Lagoon of he town ofBay" for the lakeshore town of Bay (pronounced as "Bä'ï"), the former provincial capital of Laguna province. Alternate spellings of the town's name include "Bae" or "Ba-i", and in the early colonial times, "Bayi" or "Vahi". Thus, the lake is sometimes spelled as "Laguna de Bae" or "Laguna de Ba-i", mostly by the locals. The town's name is believed to have come from the Tagalog word for "settlement" (''bahayan''), and is related to the words for "house" (''bahay''), "shore" (''baybayin''), and "boundary" (''baybay''), among others. The introduction of the English language during the American occupation of the Philippines, elicited confusion as the English word "bay", referring to another body of water, was mistakenly substituted to the town name that led to its mispronunciation. However, the word "Bay" in Laguna de Bay has always referred to the town. The Spanish word ''Laguna'' refers to not just lagoons but also for freshwater lakes, aside from ''lago''. Some examples of the worldwide usage of ''laguna'' for lakes include Laguna Chicabal in Guatemala, Laguna de Gallocanta in Spain, Laguna Catemaco in Mexico and Laguna de Leche, the largest lake in Cuba. The lake's alternate name, "Laguna Lake", refers to the Province of Laguna, the province at the southern shore of the lake. Laguna province, though, was named because of the large lake and was originally called ''La Laguna'' till the early 20th century. In the pre-Hispanic era, the lake was known as "Puliran Kasumuran" (''Laguna Copperplate Inscription'', 900 AD), and later by "Pulilan" (''Vocabulario de la lengua tagala'', 1613. Pila, Laguna). 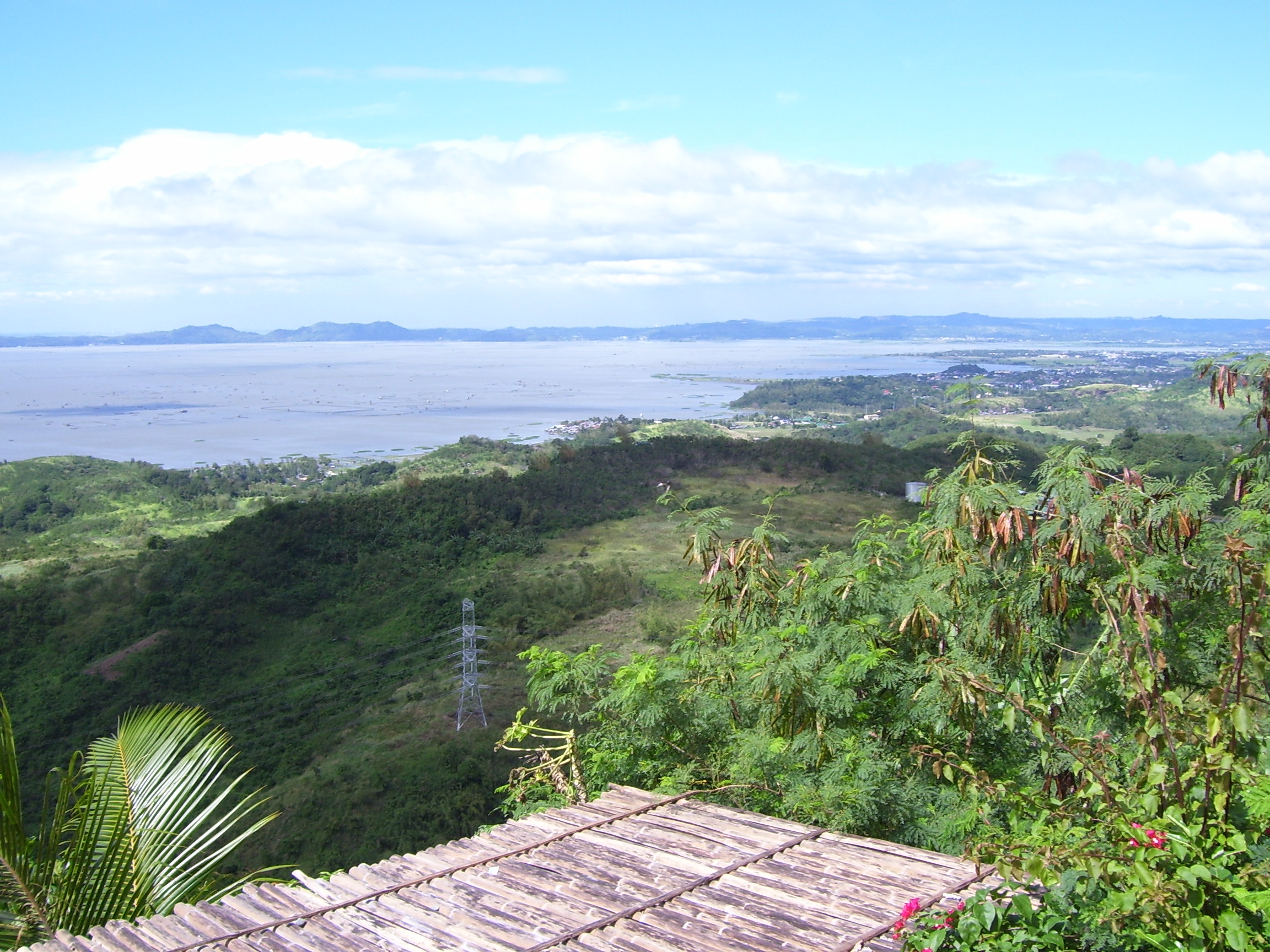 Currently, the lake is often incorrectly called "Laguna Bay," including in government websites, or "Laguna Lake" which is used by the Laguna Lake Development Authority.

The middle part of Laguna de Bay between Mount Sembrano and Talim Island, is the Laguna Caldera believed to have been formed by two major volcanic eruptions, around 1 million and 27,000–29,000 years ago. Remnants of its volcanic history are shown by the presence of series of maars around the area of Tadlac Lake and Mayondon hill in Los Baños, Laguna, another maar at the southern end of Talim Island, and a solfataric field in Jala Jala.

Laguna de Bay is a large shallow freshwater body in the heart of Luzon Island with an aggregate area of about and a shoreline of .