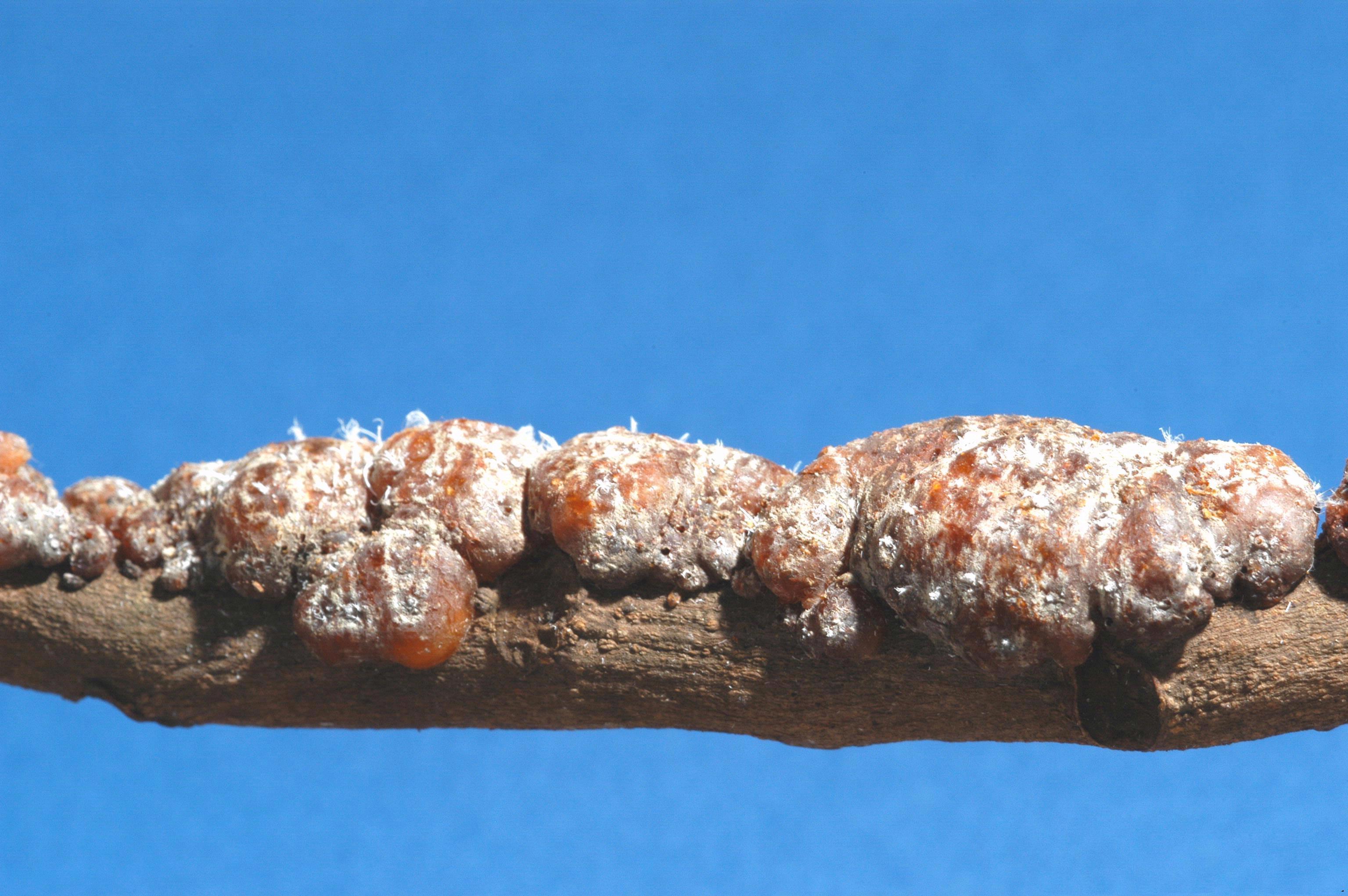 Resin secreted by the female lac bug on trees is processed and sold as dry flakes. Lac is the resinous secretion of a number of species of lac insects, of which the most commonly cultivated is ''Kerria lacca''. Cultivation begins when a farmer gets a stick that contains eggs ready to hatch and ties it to the tree to be infested. Thousands of lac insects colonize the branches of the host trees and secrete the resinous pigment. The coated branches of the host trees are cut and harvested as sticklac. The harvested sticklac is crushed and sieved to remove impurities. The sieved material is then repeatedly washed to remove insect parts and other material. The resulting product is known as seedlac. The prefix ''seed'' refers to its pellet shape. Seedlac, which still contains 3–5% impurity, is processed into shellac by heat treatment or solvent extraction. The leading producer of lac is Jharkhand, followed by the Chhattisgarh, West Bengal, and Maharashtra states of India. Lac production is also found in Bangladesh, Myanmar, Thailand, Laos, Vietnam, parts of China, and Mexico.

The word ''lac'' is derived from the Sanskrit word ''lākshā'' (लाक्षा), which represents the number 100,000. It was used for both the lac insect (because of their enormous number) and the scarlet resinous secretion it produces. This resin has been used for making traditional and tribal bangles,