Kowtow, which is borrowed from ''kau tau'' in Cantonese Chinese (''koutou'' in Mandarin), is the act of deep respect shown by prostration, that is,
kneeling Kneeling is a basic human position where one or both knees touch the ground. Kneeling is defined as “to position the body so that one or both knees rest on the floor,” according to Merriam-Webster. Kneeling when only composed of one knee, and n ...
and bowing so low as to have one's head touching the ground. In
Sinospheric

culture, the kowtow is the highest sign of reverence. It was widely used to show reverence for one's elders, superiors, and especially the
Emperor An emperor (from la, imperator, via fro, empereor) is a monarch, and usually the sovereignty, sovereign ruler of an empire or another type of imperial realm. Empress, the female equivalent, may indicate an emperor's wife (empress consort), m ...
, as well as for religious and cultural objects of worship. In modern times, usage of the kowtow has been reduced.

An alternative Chinese term is ''ketou''; however, the meaning is somewhat altered: ''kou'' () has the general meaning of ''knock'', whereas ''ke'' () has the general meaning of "touch upon (a surface)", ''tou'' () meaning head. The date of this custom's origin is probably sometime between the
Spring and Autumn period The Spring and Autumn period was a period in Chinese history The earliest known written records of the history of China date from as early as 1250 BC, from the Shang dynasty (c. 1600–1046 BC), during the king Wu Ding's reign, who was men ...
, or the
Warring States period The Warring States period () was an era in ancient Chinese history characterized by warfare, as well as bureaucratic and military reforms and consolidation. It followed the Spring and Autumn period and concluded with the Qin wars of conquest ...
of China's history because it was a custom by the time of the
Qin dynasty 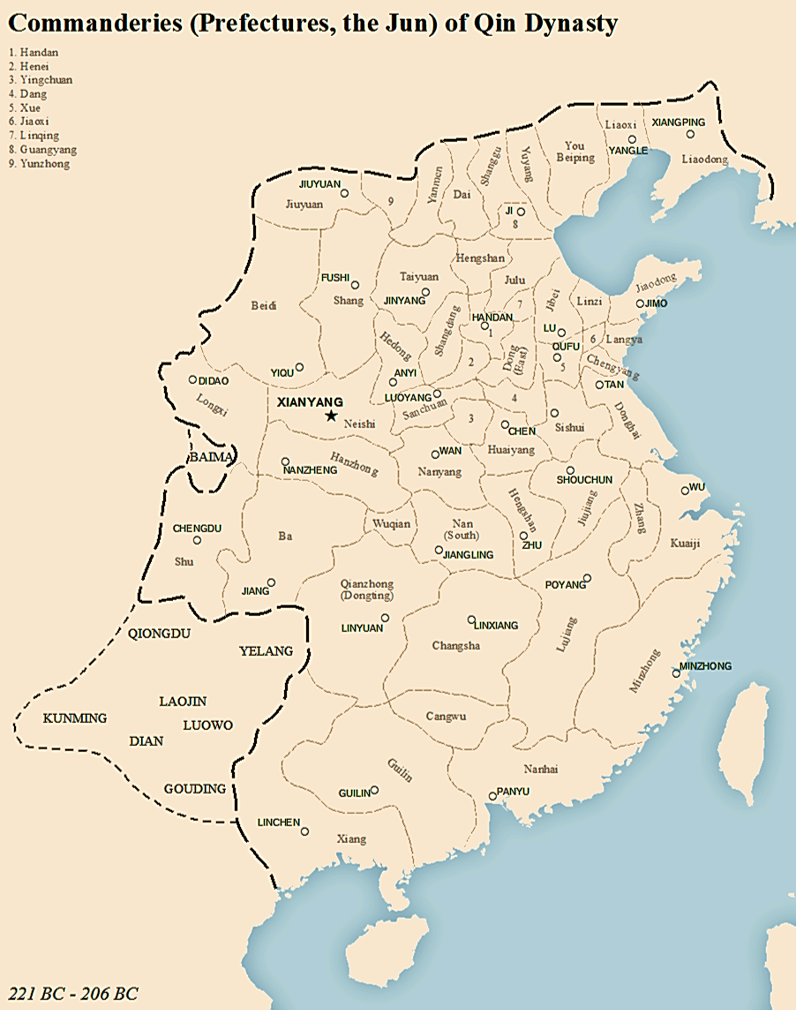 In Imperial Chinese protocol, the kowtow was performed before the Emperor of China. Depending on the solemnity of the situation different grades of kowtow would be used. In the most solemn of ceremonies, for example at the coronation of a new Emperor, the Emperor's subjects would undertake the ceremony of the "three kneelings and nine kowtows", the so-called grand kowtow, which involves kneeling from a standing position three times, and each time, performing the kowtow three times while kneeling. Immanuel C. Y. Hsu, Immanuel Hsu describes the "full kowtow" as "three kneelings and nine knockings of the head on the ground". As government officials represented the majesty of the Emperor while carrying out their duties, commoners were also required to kowtow to them in formal situations. For example, a commoner brought before a local magistrate would be required to kneel and kowtow. A commoner is then required to remain kneeling, whereas a person who has earned a degree in the Imperial examinations is permitted a seat. Since one is required by Confucianism, Confucian philosophy to show great reverence to one's parents and grandparents, children may also be required to kowtow to their elderly ancestors, particularly on special occasions. For example, at a wedding, the marrying couple was traditionally required to kowtow to both sets of parents, as acknowledgement of the debt owed for their nurturing. Confucius believed there was a natural harmony between the body and mind and therefore, whatever actions were expressed through the body would be transferred over to the mind. Because the body is placed in a low position in the kowtow, the idea is that one will naturally convert to his or her mind a feeling of respect. What one does to oneself influences the mind. Confucian philosophy held that respect was important for a society, making bowing an important ritual.

The kowtow, and other traditional forms of reverence, were much maligned after the May Fourth Movement. Today, only vestiges of the traditional usage of the kowtow remain. In many situations, the standing Bowing, bow has replaced the kowtow. For example, some, but not all, people would choose to kowtow before the grave of an ancestor, or while making traditional offerings to an ancestor. Direct descendants may also kowtow at the funeral of an ancestor, while others would simply bow. During a wedding, some couples may kowtow to their respective parents, though the standing bow is today more common. In extreme cases, the kowtow can be used to express profound gratitude, apology, or to beg for forgiveness. The kowtow remains alive as part of a formal induction ceremony in certain traditional trades that involve apprenticeship or discipleship. For example, Chinese martial arts schools often require a student to kowtow to a master. Likewise, traditional performing arts often also require the kowtow.

Prostration is a general practice in Buddhism, and not restricted to China. The kowtow is often performed in groups of three before Buddhist statues and images or tombs of the dead. In Buddhism it is more commonly termed either "worship with the crown (of the head)" (頂禮 ding li) or "casting the five limbs to the earth" (五體投地 wuti tou di)—referring to the two arms, two legs and forehead. For example, in certain ceremonies, a person would perform a sequence of three sets of three kowtows—stand up and kneel down again between each set—as an extreme gesture of respect; hence the term ''three kneelings and nine head knockings'' (). Also, some Buddhist pilgrimage, pilgrims would kowtow once for every three steps made during their long journeys, the number three referring to the Triple Gem of Buddhism, the Buddhahood, Buddha, the Dharma, and the Sangha (Buddhism), Sangha. Prostration is widely practiced in India by Hindus to give utmost respect to their deities in temples and to parents and elders. Nowadays in modern times people show the regards to elders by bowing down and touching their feet.

The word "kowtow" came into English in the early 19th century to describe the bow itself, but its meaning soon shifted to describe any abject submission or groveling. The term is still commonly used in English with this meaning, disconnected from the physical act and the East Asian context. Dutch ambassador Isaac Titsingh did not refuse to kowtow during the course of his 1794–1795 mission to the imperial court of the Qianlong Emperor. The members of the Titsingh mission, including Andreas Everardus van Braam Houckgeest and Chrétien-Louis-Joseph de Guignes, made every effort to conform with the demands of the complex Imperial court etiquette. On two occasions, the kowtow was performed by Chinese envoys to a foreign ruler – specifically the Russian Tsar. T'o-Shih, Qing emissary to Russia whose mission to Moscow took place in 1731, kowtowed before Tsarina Anna of Russia, Anna, as per instructions by the Yongzheng Emperor, as did Desin, who led another mission the next year to the new Russian capital at St. Petersburg. Hsu notes that the Kangxi Emperor, Yongzheng's predecessor, explicitly ordered that Russia be given a special status in Qing foreign relations by not being included among tributary states, i.e. recognition as an implicit equal of China. The kowtow was often performed in intra-Asian diplomatic relations as well. In 1636, after being defeated by the invading Manchus, King Injo of Joseon (Korea) was forced to surrender by kowtowing three times to pledge tributary status to the Qing Emperor, Hong Taiji. As was customary of all Asian envoys to Qing China, Joseon envoys kowtowed three times to the Qing emperor during their visits to China, continuing until 1896, when the Korean Empire withdrew its tributary status from Qing as a result of the First Sino-Japanese War. The King of the Ryukyu Kingdom also had to kneel three times on the ground and touch his head nine times to the ground (), to show his allegiance to the Chinese emperors.