Kourou is a
commune A commune is an intentional community of people sharing living spaces, interests, values, beliefs, and often property Property (''latin: Res Privata'') in the Abstract and concrete, abstract is what belongs to or with something, whether ... 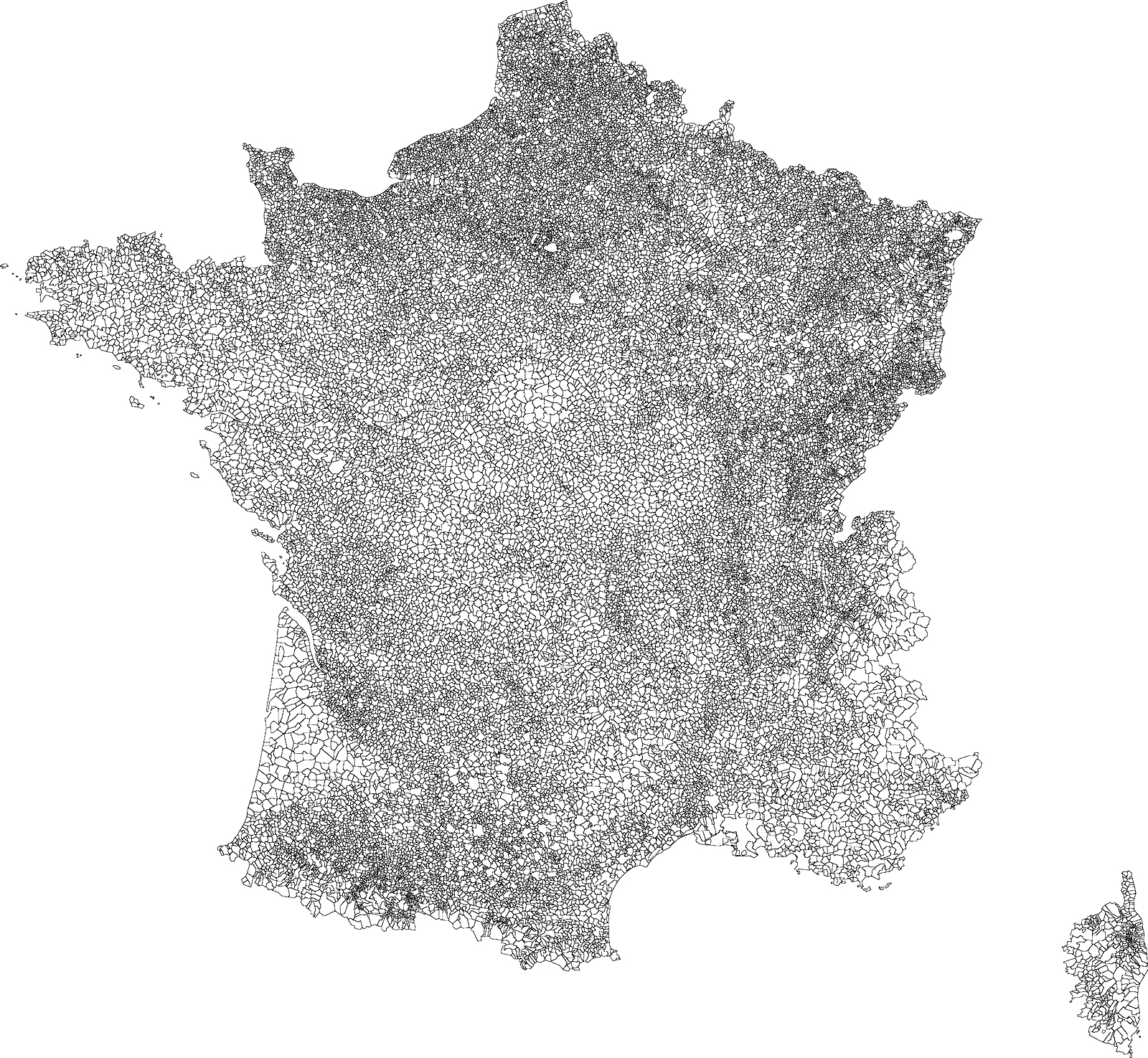 Some northwest of the French Guianese capital Cayenne the Kourou River empties into the Atlantic Ocean. At the mouth of this river sits the town of Kourou, which is ringed by four hills: Carapa, Pariacabo, Café and Lombard, with the Singes and Condamine mountains not far behind. There are three lakes within the town's city limits: Lake Bois Diable (where one can take lessons in jetski and other aquatic sports), Lake Marie-Claire (the smallest and calmest), and Lake Bois Chaudat (the biggest of the three; also open to sport lovers, especially canoers and kayakers). Long white sand beaches and some rocky outcrops line the town's ocean coast, the riverbank and all points inland consisting mostly of mangrove and dense tropical rainforest. The town had a population of 25,685 inhabitants at the 2017 census. Its inhabitants can be classified into three ethnic groups of roughly equal size: *Indigenous peoples (mostly Kalina - also called Galibi), Creoles, Maroons (Boni and Saramaka), *Whites (mostly French, from
Metropolitan France Metropolitan France (french: France métropolitaine or ''la Métropole''), also known as European France, is the area of the French Republic which is geographically in Europe Europe is a continent A continent is one of several lar ...
), and *Foreigners (
Brazil Brazil ( pt, Brasil; ), officially the Federative Republic of Brazil (Portuguese: ), is the largest country in both South America and Latin America. At 8.5 million square kilometers (3.2 million square miles) and with over 211 milli ...
ians,
Suriname Suriname (, sometimes spelled Surinam), officially known as the Republic of Suriname ( nl, Republiek Suriname ), is a country on the northeastern Atlantic coast of South America. Borders of Suriname, It is bordered by the Atlantic Ocean to the ...

se, Hmong, Haitians, Guyana, Guyanese, etc.) The Saramaka mostly settled in the ''quartier Saramaka'', along the river. Much of it burned down in a fire in 2006, and hasn't yet fully recovered. Guiana in general has a high level of crime compared to the rest of France's ''départements''; Kourou has an average of two armed robberies a day. A march protesting the high level of insecurity felt by most of the population was held in Kourou on 27 October 2006. Shopkeepers of Chinese descent in particular are often targeted by armed robbers, their cash registers emptied and some products stolen. Kourou is the port of departure for those going to the îles du Salut, of which the most famous is Devil's Island. It is also common for many to go up the river in canoes on weekends to camp in the forest. The Guiana Space Centre, where the
European Space Agency , german: Europäische Weltraumorganisation , et, Euroopa Kosmoseagentuur , french: Agence spatiale européenne , fi, Euroopan avaruusjärjestö , el, Ευρωπαϊκός Οργανισμός Διαστήματος , hu, Európ ...
starts missions, is located a little behind and outside the town. Part of the town and the islands are closed during rocket launches.

Like most of French Guiana, Kourou has a tropical monsoon climate (Köppen climate classification, Köppen ''Am'') with a short dry season centered between the months of August and October when the Intertropical Convergence Zone is furthest north. During the remainder of the year rainfall is always heavy. Between November and July a total of can be expected in nine months, with rain on most days and very cloudy skies.

Not much is known of the pre-colonial era. The area was mostly populated by Galibi, Kalina, or Galibi before the arrival of the French in the late 17th century. There is a place not far from the town called ''les Roches Gravées'' ("The Carved Rocks"), where indigenous art can be seen on the rock walls.

Vicente Yáñez Pinzón sailed along most of the north coast of South America and passed by the current location of Kourou in 1500. The Jesuits Lombard and Creuilly baptised a few Galibis at the church of Saint Nicholas in Cayenne in December 1710 and returned with them soon after to farm the land at Guatémala, across the river from Kourou. The Society of Jesus was disbanded (in Guiana) in 1762, however, and Kourou was nothing more than a small village until the arrival of the Expedition. In 1744, Charles Marie de La Condamine, La Condamine, in charge of the expedition sent to Peru in 1735 to determine the length of a degree of the meridian arc in the neighbourhood of the equator, passed by and gave his name to one of the mountains behind Kourou.

The mission at Kourou being abandoned by the Jesuits, the engineers Mentelle and Tugny designed the layout of the future town. This resulted in the neighbourhood called the ''Bourg'', around the Church of Saint Catherine and next to the port on the river. That same year, 1763, as agreed in the Treaty of Paris (1763), Treaty of Paris, Great Britain took control of New France. Having lost their largest and richest colony, the French decided to send a large expedition to Guiana, commanded by Étienne François, duc de Choiseul, Choiseul. Around 10,000 to 12,000 people, mostly Frenchmen, tempted by stories of an El Dorado on the other side of the ocean, settled in Kourou. The small town, surrounded by marshes and rainforest, was unprepared for such a massive influx of people, and around 6,000 of the pioneers died within the year due to fevers and other illnesses. Those remaining fled to the îles du Salut, free of mosquitoes due to constant winds, to recover before being repatriated to
Metropolitan France Metropolitan France (french: France métropolitaine or ''la Métropole''), also known as European France, is the area of the French Republic which is geographically in Europe Europe is a continent A continent is one of several lar ...
. Hence the name, "Salvation Islands." Previously they had been known as the ''îles du Diable'' ("Devil's Islands"), and one of the islands retains the name to this day. The failure of the Expedition only served to discourage settling in Guiana. The colony earned the nickname ''Enfer Vert'' ("Green Hell"), which it is still trying to shake. No other project of mass colonisation was undertaken, and the population of Whites was always drastically lower than that of the slaves. The population of the colony, of all races, did not rise above 20,000 until the gold rush (starting in 1855), Abolitionism in France, the second abolition of slavery in 1848 and the founding of the prisons.

Image:Tour dreyfus kourou.jpg, 200px, left, The Dreyfus Tower on the ''Pointe des Roches''. Kourou was formerly the home of the "Kourou Prison" which was one of the main prisons in French Guiana, and which was also a part of the notorious Devil's Island, Devil's Island Prison System. The Kourou Prison was dedicated mostly to agriculture. In 1852 the three main islands off of Kourou's coast, the Îles du Salut, Salut island group (which included Devil's Island) also became prisons. These island prisons held mostly political prisoners, as well as some of France's toughest criminals. The first prisoners arrived in 1862. In 1938, a law was passed prohibiting the transport of any new prisoners from France to French Guyana. In 1946 eight years later, the Kourou Prison was finally shut down, while some prisoners were kept in other Guyanese prisons until as late as 1953. After the closing of the prison, most of the prison buildings were demolished to make room for the ''Hôtel des Roches'', but some vestiges of that period remain. One notable remnant of the prison is the Dreyfus Tower, which stands where the river meets the ocean. This tower was used in pre-radio days to communicate with the islands via Semaphore line, Semaphore. Other prison ruins that remain are the prison bakery — now on private property, but still visible from a cul-de-sac — and an old prison fountain near the moucaya palm trees.

In 1965, the ''Guiana Space Centre, Centre Spatial Guyanais'' (CSG) was founded a little behind the town by the CNES. With the launch facility being used by the
European Space Agency , german: Europäische Weltraumorganisation , et, Euroopa Kosmoseagentuur , french: Agence spatiale européenne , fi, Euroopan avaruusjärjestö , el, Ευρωπαϊκός Οργανισμός Διαστήματος , hu, Európ ...
(ESA) since 1975, the urbanisation of Kourou began in earnest. The 3rd Foreign Infantry Regiment of the French Foreign Legion, whose mission is to protect the CSG, has had a base in the ''Forget'' neighbourhood since 1973. They clashed with the Creoles in 1985 and 2006.

The places of birth of the 26,221 residents in the commune of Kourou at the 2015 census were the following: *48.7% were born in French Guiana *16.0% in
Metropolitan France Metropolitan France (french: France métropolitaine or ''la Métropole''), also known as European France, is the area of the French Republic which is geographically in Europe Europe is a continent A continent is one of several lar ...
*2.0% in Martinique *0.9% in Guadeloupe *0.4% in other parts of Overseas France *32.2% in foreign countries (notably
Suriname Suriname (, sometimes spelled Surinam), officially known as the Republic of Suriname ( nl, Republiek Suriname ), is a country on the northeastern Atlantic coast of South America. Borders of Suriname, It is bordered by the Atlantic Ocean to the ...

, followed by Haiti and
Brazil Brazil ( pt, Brasil; ), officially the Federative Republic of Brazil (Portuguese: ), is the largest country in both South America and Latin America. At 8.5 million square kilometers (3.2 million square miles) and with over 211 milli ...
); among these, 30.7% were immigrants and 1.4% were children of French citizens born abroad These were the countries of birth of the immigrants living in the commune of Kourou at the 2009 census: * born in Suriname: 3,035 * born in Haiti: 1,857 * born in Brazil: 1,806 * born in other countries: 1,327

Kourou's economy is largely dominated by the CSG, from which the European Ariane (rocket family), Ariane rockets are launched, as well as the Russian Soyuz programme, Soyuz and the Italian Vega (launcher), Vega rockets.

Kourou is served by the Kourou Airport, located at the west of the city.

Kourou is the main town on an "administrative district" of French Guyana. Such a district is equivalent to a county (United States), county in the United States.

* The ''Centre Spatial Guyanais (CSG)'' gets many visitors all year round. * The ''Musée de l'Espace'' is a museum devoted to space and space exploration. * ''The Îles du Salut'': Of the three islands, only two, Île Royale and Île Saint-Joseph, can be visited. The third is Devil's Island. * ''Les Roches gravées'': Indigenous rock art, not far from the small industrial zone called Pariacabo. * There are several marked public footpaths in the jungle, of which the most well-known and used is the one on the ''Montagne des Singes''. * Kourou River: Many people go up the river on canoes or small boats to camp along the shore in open dwellings, or simply in hammocks. * The ocean may not be clear (it is brown due to the Amazonian silt), but both it and the beaches are clean.