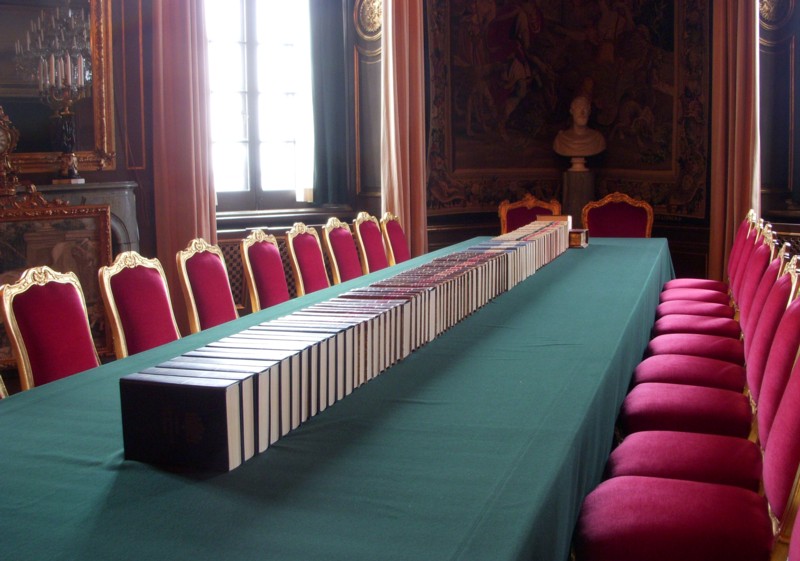 The King-in-Council or the Queen-in-Council, depending on the gender of the reigning monarch, is a constitutional term in a number of states. In a general sense, it would mean the monarch exercising executive authority, usually in the form of approving orders, in the presence of the country's executive council.

In Norway, the "King in Council" ( no|Kongen i statsråd) refers to the meetings of the King and the Council of State (the Cabinet), where matters of importance and major decisions are made. The council meets at the Royal Palace and is normally held every Friday. It is chaired by the king or, if he is ill or abroad, the crown prince. In Norway's Constitution, when formulated as ''King in Council'' (''Kongen i Statsråd'') refers to the formal Government of Norway. When the formulation is merely ''King'', the appointed ministry that the law refers to may alone act with complete authority of the matter assigned in the particular la

In Sweden, the King in Council (), more commonly known as Royal Majesty, ( or the short forms ''Kungl.Maj'' or ''K.M:t'') was a concept of constitutional importance in Sweden until 1974. Royal Majesty was the commonly used term to refer to the supreme executive authority under the 1809 Instrument of Government, where the king made all decisions of state in the presence of his cabinet ministers. The 1974 Instrument of Government removed the monarch from all exercise of formal political powers which were passed to the newly created Government (), chaired and led in all aspects by the prime minister.

The Queen-in-Council is the technical term of constitutional law for the exercise of executive authority in a Commonwealth realm, denoting the monarch acting by and with the advice and consent of his or her privy council (in the United Kingdom and Canada's federal jurisdiction) or executive council (in most other Commonwealth realms, Australian states, and in Canadian provinces). In those realms and dependencies where the queen's powers and functions are delegated to a governor-general, lieutenant governor, or governor, the term ''Governor-General-in-Council'', ''Lieutenant-Governor-in-Council'', or ''Governor-in-Council'' may be used instead of Queen-in-Council, respectively, although all of these terms describe the same technical process within constitutional law. "The government of '[[jurisdiction''.html" style="text-decoration: none;"class="mw-redirect" title="jurisdiction.html" style="text-decoration: none;"class="mw-redirect" title="'[[jurisdiction">'[[jurisdiction''">jurisdiction.html" style="text-decoration: none;"class="mw-redirect" title="'[[jurisdiction">'[[jurisdiction'' is commonly used as a synonym for any of the aforementioned terms, though the phrase may mean more than one thing in certain areas. An order made by the Queen-in-Council is known as an ''[[Order-in-Council]]'' and such actions are subject to [[judicial review]]. Orders-in-Council may be used to implement [[secondary legislation]] such as UK [[statutory instrument (UK)|statutory instrument]]s. In practice, decisions made by the Queen-in-Council are almost always the formal approval to decisions made by the cabinet, a subcommittee of the privy or executive council that includes the senior ministers of the Crown and often meets without the queen or her local representative present. Former Commonwealth realms and dependencies often retain a similar constitutional concept; for example, ''President-in-Council'' in India or ''Chief Executive-in-Council'' in Hong Kong. Similar concepts can also be found in some non-Commonwealth countries.

* Council of State (Norway) * Government of Norway * Monarchy of Norway