The Karakoram is a mountain range spanning the borders of China, India, and Pakistan, with the northwest extremity of the range extending to Afghanistan and Tajikistan; its highest 15 mountains are all based in Pakistan. It begins in the Wakhan Corridor (Afghanistan) in the west, encompasses the majority of Gilgit-Baltistan (controlled by Pakistan), and extends into Ladakh (controlled by India) and Aksai Chin (controlled by China). It is the second highest mountain range in the world and part of the complex of ranges including the Pamir Mountains, the Hindu Kush and the Himalayan Mountains. The Karakoram has eighteen summits over height, with four of them exceeding : K2, the second highest peak in the world at , Gasherbrum I, Broad Peak and Gasherbrum II. The range is about in length and is the most heavily glaciated part of the world outside the polar regions. The Siachen Glacier at and the Biafo Glacier at rank as the world's second and third longest glaciers outside the polar regions. The Karakoram is bounded on the east by the Aksai Chin plateau, on the northeast by the edge of the Tibetan Plateau and on the north by the river valleys of the Yarkand and Karakash rivers beyond which lie the Kunlun Mountains. At the northwest corner are the Pamir Mountains. The southern boundary of the Karakoram is formed, west to east, by the Gilgit, Indus and Shyok rivers, which separate the range from the northwestern end of the Himalaya range proper. These rivers flow northwest before making an abrupt turn southwestward towards the plains of Pakistan. Roughly in the middle of the Karakoram range is the Karakoram Pass, which was part of a historic trade route between Ladakh and Yarkand that is now inactive. The Tashkurghan National Nature Reserve and the Pamir Wetlands National Nature Reserve in the Karalorun and Pamir mountains have been nominated for inclusion in UNESCO in 2010 by the National Commission of the People's Republic of China for UNESCO and has tentatively been added to the list.

Karakoram is a Turkic term meaning ''black gravel''. The Central Asian traders originally applied the name to the Karakoram Pass. Early European travellers, including William Moorcroft and George Hayward, started using the term for the range of mountains west of the pass, although they also used the term Muztagh (meaning, "Ice Mountain") for the range now known as Karakoram. Later terminology was influenced by the Survey of India, whose surveyor Thomas Montgomerie in the 1850s gave the labels K1 to K6 (K for Karakoram) to six high mountains visible from his station at Mount Haramukh in Kashmir Valley. In ancient Sanskrit texts (Puranas), the name Krishnagiri (black mountains) was used to describe the range.

Due to its altitude and ruggedness, the Karakoram is much less inhabited than parts of the Himalayas further east. European explorers first visited early in the 19th century, followed by British surveyors starting in 1856. The Muztagh Pass was crossed in 1887 by the expedition of Colonel Francis Younghusband and the valleys above the Hunza River were explored by General Sir George K. Cockerill in 1892. Explorations in the 1910s and 1920s established most of the geography of the region. The name Karakoram was used in the early 20th century, for example by Kenneth Mason, for the range now known as the Baltoro Muztagh. The term is now used to refer to the entire range from the Batura Muztagh above Hunza in the west to the Saser Muztagh in the bend of the Shyok River in the east. Floral surveys were carried out in the Shyok River catchment and from Panamik to Turtuk village by Chandra Prakash Kala during 1999 and 2000.

The Karakoram is in one of the world's most geologically active areas, at the plate boundary between the Indo-Australian plate and the Eurasian plate. A significant part, somewhere between 28 and 50 percent, of the Karakoram Range is glaciated covering an area of more than , compared to between 8 and 12 percent of the Himalaya and 2.2 percent of the Alps. Mountain glaciers may serve as an indicator of climate change, advancing and receding with long-term changes in temperature and precipitation. The Karakoram glaciers are slightly retreating, unlike the Himalayas where glaciers are losing mass at significantly higher rate, many Karakoram glaciers are covered in a layer of rubble which insulates the ice from the warmth of the sun. Where there is no such insulation, the rate of retreat is high. * Siachen Glacier * Baltoro Glacier * Hispar Glacier * Batura Glacier * Biafo Glacier * Chogo Lungma Glacier * Yinsugaiti Glacier


The Karakoram during the Ice Age

In the last ice age, a connected series of glaciers stretched from western Tibet to Nanga Parbat, and from the Tarim basin to the Gilgit District. To the south, the Indus glacier was the main valley glacier, which flowed down from Nanga Parbat massif to elevation. In the north, the Karakoram glaciers joined those from the Kunlun Mountains and flowed down to in the Tarim basin. While the current valley glaciers in the Karakoram reach a maximum length of , several of the ice-age valley glacier branches and main valley glaciers, had lengths up to . During the Ice Age, the glacier snowline was about lower than today.

The highest peaks of the Karakoram are: The majority of the highest peaks are in the Gilgit–Baltistan region of Pakistan. Baltistan has more than 100 mountain peaks exceeding height from sea level. 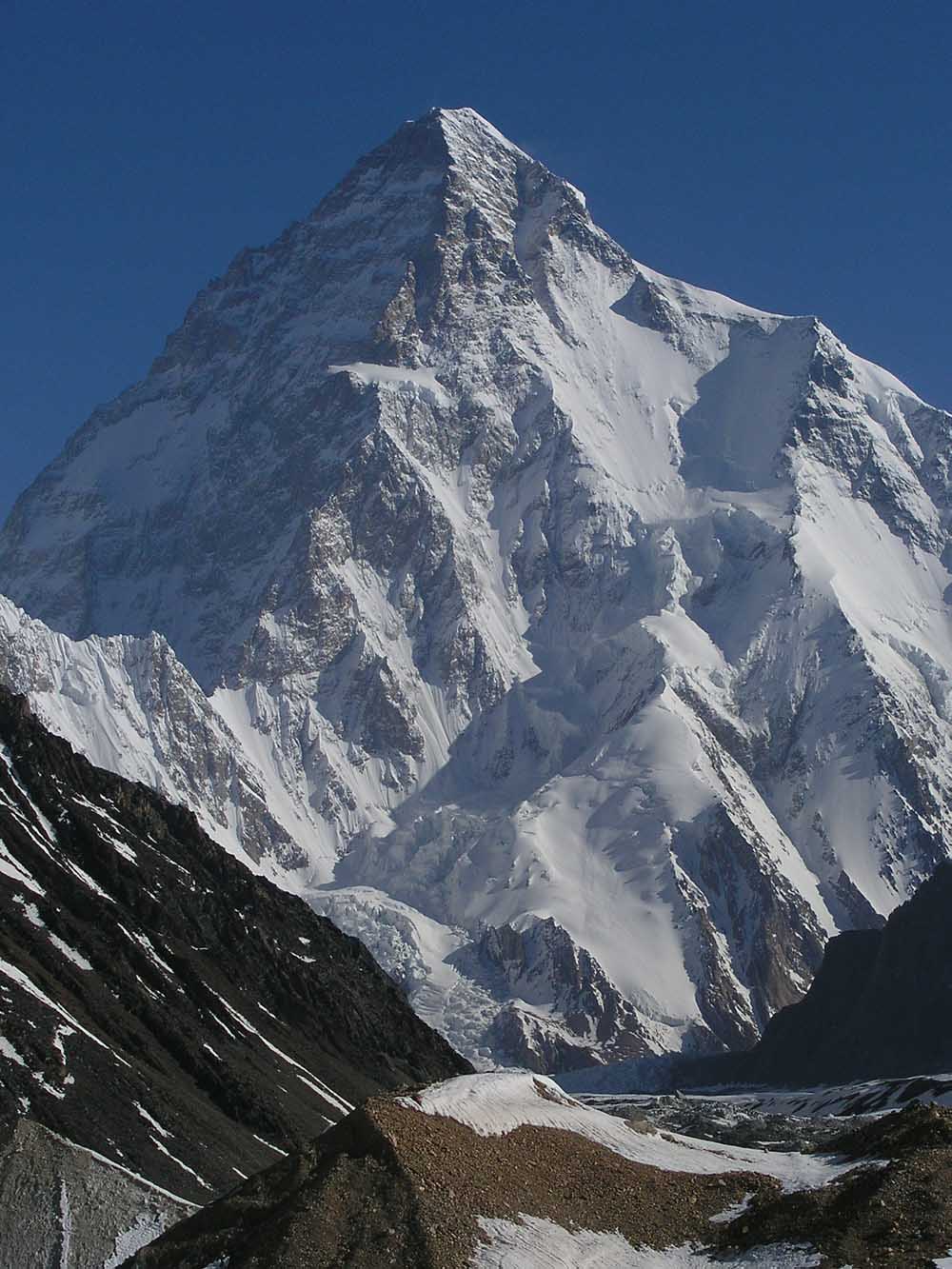 From west to east * Dandala PassThe most important and earlier pass it starts from Ghursay saitang city to Yarqand In China . It is the main trade way between Khaplu, Ladakh, Kharmang to Yarqand, China. * Kilik Pass * Mintaka Pass * Khunjerab Pass (the highest paved international border crossing at ) * Shimshal Pass * Mustagh Pass * Karakoram Pass * Sasser Pass * Naltar Pass or Pakora Pass The Khunjerab Pass is the only motorable pass across the range. The Shimshal Pass (which does not cross an international border) is the only other pass still in regular use.

The Karakoram mountain range has been referred to in a number of novels and movies. Rudyard Kipling refers to the Karakoram mountain range in his novel ''Kim'', which was first published in 1900. Marcel Ichac made a film titled ''Karakoram'', chronicling a French expedition to the range in 1936. The film won the Silver Lion at the Venice Film Festival of 1937. Greg Mortenson details the Karakoram, and specifically K2 and the Balti, extensively in his book ''Three Cups of Tea'', about his quest to build schools for children in the region. In the ''Gatchaman'' TV series, the Karakoram range houses Galactor's headquarters. ''K2 Kahani'' (The K2 Story) by Mustansar Hussain Tarar describes his experiences at K2 base camp.