Joe Ruback, better known as License Plate Guy (born June 7, 1969), is an iconic fan of the New York Giants, best known for the license plates he wears at each game. Ruback has attended every home and away game since 2003 and was at all 283 games during the team's use of Giants Stadium. Ruback first wore a plate to a game when he was 16, but the tradition didn't become what it is now until the last decade. 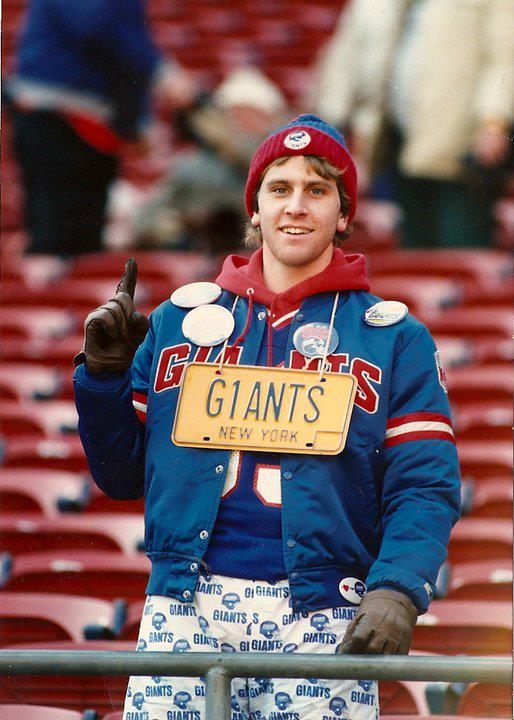 Joe Ruback has made several appearances on ''The Boomer & Carton'' radio show on WFAN in New York. Ruback has become a fan favorite, but prides himself as "an average fan" and can be seen before every game (home and away) in the parking lot taking pictures with fans.. Joe has also been featured on NFL Network and Good Day New York Ruback participates in many off the field philanthropic endeavors including "Pink Tailgate" raising money and awareness for breast cancer and those affected. In 2017, Ruback organized a charity softball game to raise money for the Tom Coughlin Jay Fund. Working with Landon Collins, who headlined the event, a softball match was organized between current and past Giants team members. The event also featured a dodgeball game and a home run derby. It has also been stated that Ruback has a checkered past including loan sharking, extortion, and grand larceny, however charges in a 2014 case were dropped in 2016, thanks in part to the unwavering support of the Mara family.