According to local tradition, Jammu is named after its founder, Raja Jambulochan, who is believed to have ruled the area in the 9th century. The local tradition holds the city to be 3000 years old but this is not supported by historians.

Jammu is located at . It has an average elevation of . Jammu city lies at uneven ridges of low heights at the Shivalik hills. It is surrounded by the Shivalik range to the north, east, and southeast while the Trikuta Range surrounds it in the northwest. It is approximately from the national capital, New Delhi. The city spreads around the Tawi river with the old city overlooking it from the north (right bank) while the new neighbourhoods spread around the southern side (left bank) of the river. There are five bridges on the river. The city is built on a series of ridges. 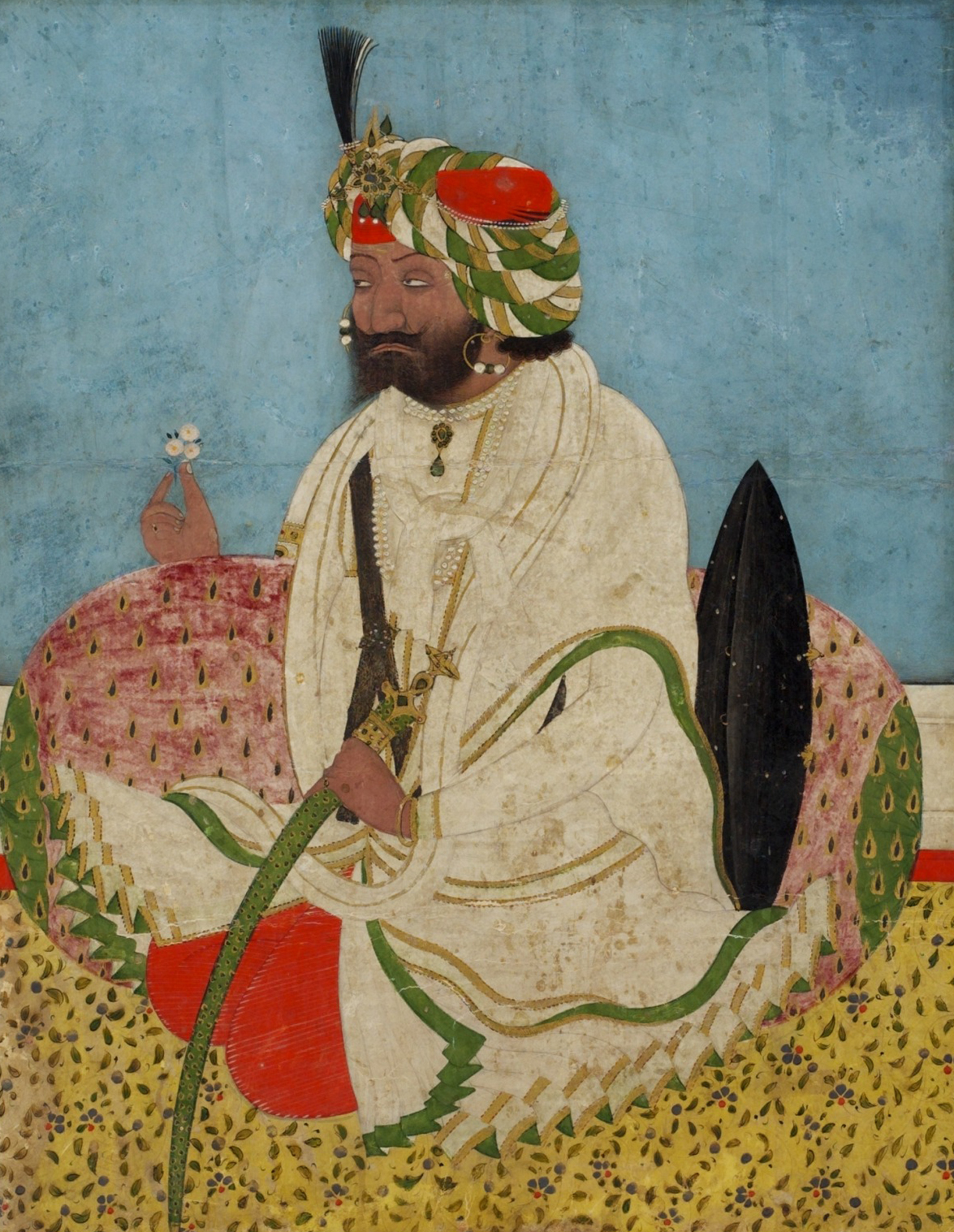 According to ''Tarikh-i-Azmi'', Jammu came into existence around 900 CE. The state of ''Durgara'' (modern forms "Duggar" and "Dogra)") is also attested from around this time. The capital of the Durgara state at that time is believed to have been Vallapura (identified with modern Billawar). Its rulers are repeatedly mentioned in Kalhana's ''Rajatarangini''. Babbapura (modern Babor) is another state mentioned in ''Rajatarangini'', some of whose rulers occur in the ''Vamshavali'' (family chronicles) of later Jammu rulers. These rulers are believed to have enjoyed almost independent status and allied themselves with the Sultans of Delhi. Raja Bhim Dev is prominently mentioned in the Delhi chronicles as a supporter of Mubarah Shah (). Jammu is mentioned by name in the chronicles of Timur (), who invaded Delhi in 1398 and returned to Samarkand via Jammu. In the Mughal chronicles of Babur in the early 16th century, Jammu is mentioned as a powerful state in the Punjab hills. It is said to have been ruled by Manhas Rajputs. Emperor Akbar brought the hill kingdoms of the region under Mughal suzerainty, but the kings enjoyed considerable political autonomy. In addition to Jammu, other kingdoms of the region such as Kishtwar and Rajauri were also prominently mentioned. It is evident that the Mughal empire treated these hill chiefs as allies and partners in the empire.

After the decline of the Mughal power in the 18th century, the Jammu state under Raja Dhruv Dev of the ''Jamuwal'' (''Jamwal'') family asserted its supremacy among all the Dugar states. Its ascent reached its peak under his successor Raja Ranjit Dev (r. 1728–1780), who was widely respected among the hill states. Ranjit Dev promoted religious freedom and security, which attracted many craftsmen and traders to settle in Jammu, contributing to its economic prosperity. Towards the end of Ranjit Dev's rule, the Sikh clans of Punjab (''misls'') gained ascendency, and Jammu began to be contested by the Bhangi, Kanhaiya and Sukerchakia ''misls''. Around 1770, the Bhangi ''misl'' attacked Jammu and forced Ranjit Dev to become a tributary. Brij Lal Dev, Ranjit Dev's successor, was defeated by the Sukerchakia chief Mahan Singh, who sacked Jammu and plundered it. Thus Jammu lost its supremacy over the surrounding country. In 1808, Jammu itself was annexed to the Sikh Empire by Maharaja Ranjit Singh, the son of Mahan Singh. In 1818 Raja Kishore Singh Father of Raja Gulab Singh was appointed and anointed the ruler of Jammu Principality hence started the Jamwal Dynasty, aka Dogra dynasty, which came to rule the princely state of Jammu and Kashmir under British suzerainty. The rulers built large temples, renovated old shrines, built educational institutes and many more. A 43 km long railway line connecting Jammu with Sialkot was laid in 1897 Jammu has historically been the capital of Jammu Province and the winter capital of the princely state of Jammu and Kashmir (1846–1952). After the partition of India, Jammu continues as the winter capital of the Indian state of Jammu and Kashmir.

Jammu, like the rest of north-western India, features a humid subtropical climate (Köppen ''Cwa''), with extreme summer highs reaching , and temperatures in the winter months occasionally falling below . June is the hottest month with average highs of , while January is the coldest month with average lows reaching . Average yearly precipitation is about with the bulk of the rainfall in the months from June to September, although the winters can also be rather wet. In winter dense smog causes much inconvenience and temperature even drops to . In summer, particularly in May and June, extremely intense sunlight or hot winds can raise the temperature to . Following the hot season, the monsoon lashes the city with heavy downpours along with thunderstorms; rainfall may total up to in the wettest months. The city is exposed to heatwaves. 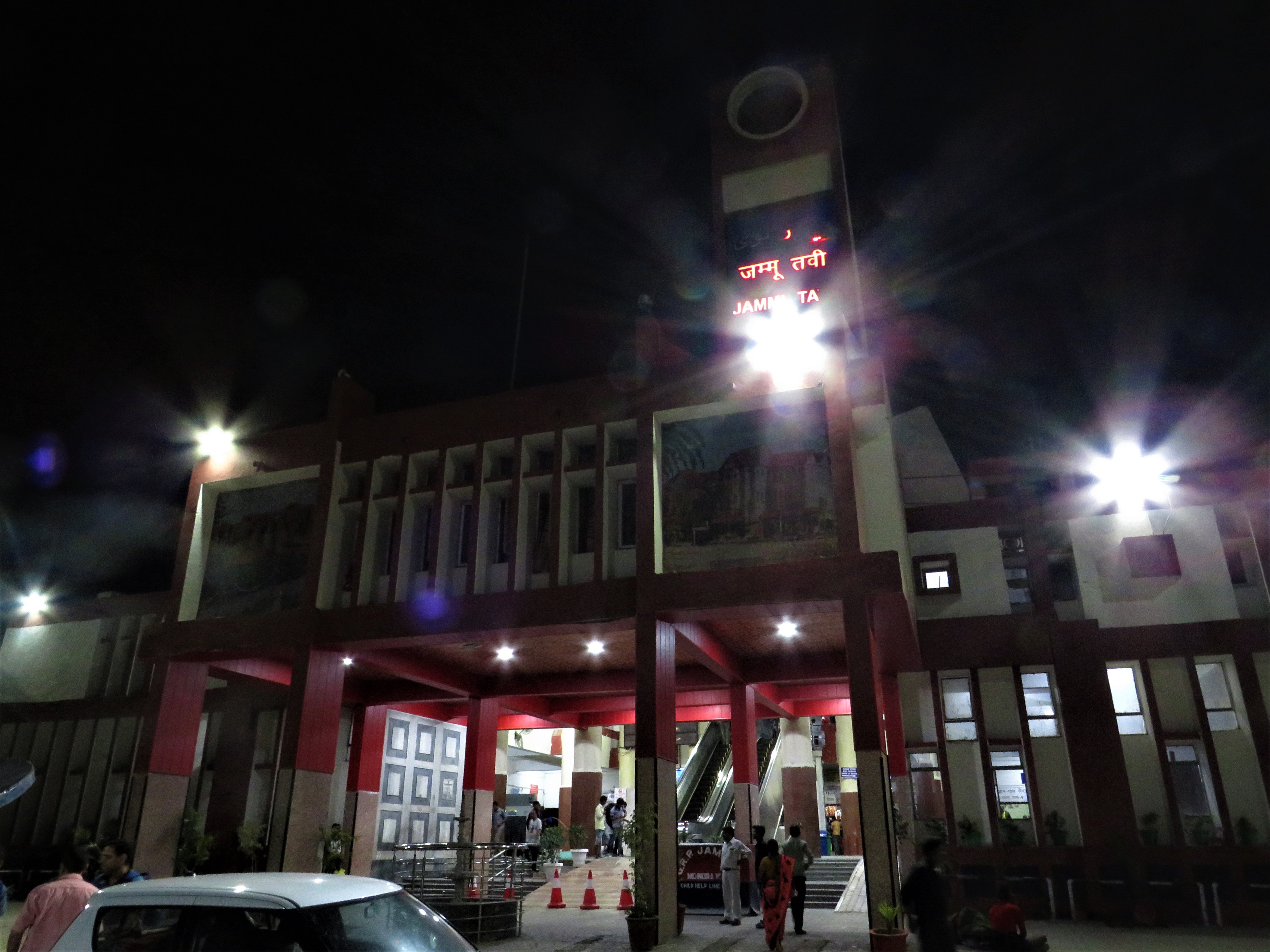 Jammu city has a railway station called Jammu Tawi (station code JAT) that is connected with major cities of India. The old railway link to Sialkot was suspended by Pakistan in September 1947, and Jammu had no rail services until 1971, when the Indian Railways laid the Pathankot-Jammu Tawi Broad Gauge line. The new Jammu Tawi station was opened in October 1972 and is an origination point for Express trains. With the commencement of the Jammu–Baramulla line, all trains to the Kashmir Valley will pass through Jammu Tawi. A part of the Jammu–Baramulla project has been executed and the track has been extended to Katra. Jalandhar - Pathankot - Jammu Tawi section has been doubled and electrified. National Highway 44 which passes through Jammu connects it to the Kashmir valley. National Highway 1B connects Jammu with Poonch town. Jammu is from Kathua town, while it is from Udhampur city. The famous pilgrimage town of Katra is from Jammu. Jammu Airport is in the middle of Jammu. It has direct flights to Srinagar, Delhi, Amritsar, Chandigarh, Leh and Mumbai and Bengaluru. Jammu Airport operate daily 30 arrival and departure flights which is Goair, Air India, Spicejet and Indigo running daily flights. The city has JKSRTC city buses under and minibusses for local transport which run on some defined routes. These minibusses are called "Matadors". Besides this auto-rickshaw and cycle-rickshaw service is also available. Local taxis are also available.

thumb|Jammu city View Jammu city serves as the winter capital of Jammu and Kashmir state from November to April when all the offices move from Srinagar to Jammu. Srinagar serves as the summer capital from May to October. Jammu was a municipal committee during 2001 census of India. With effect from 5 September 2003, it has upgraded status of a municipal corporation.

Jammu city is the main cultural and economic centre of the administrative division of Jammu. One of the most famous local Basmati rice is produced in the RS Pura area near Jammu, which is then processed in rice mills in Jammu. Apart from rice mills scattered all around Jammu, industrial estate at Bari Brahamna has a large presence of industrial units manufacturing a variety of products right from carpets, electronic goods, electric goods.

Tourism is the largest industry in Jammu city. It is also a focal point for the pilgrims going to Vaishno Devi and Kashmir valley as it is second last railway terminal in North India. All the routes leading to Kashmir, Poonch, Doda and Laddakh start from Jammu city. So throughout the year, the city remains full of people from all the parts of India. Places of interest include old historic palaces like Mubarak Mandi Palace, Purani Mandi, Rani Park, Amar Mahal, Bahu Fort, Raghunath Temple, Ranbireshwar Temple, Karbala, Peer Meetha, Old city.

The Jammu city and the Jammu district had a significant Muslim population prior to the Partition of India, 37 per cent by the 1941 census. During the 1947 Jammu massacres, which preceded and continued during the Pakistan tribal invasion of Kashmir, many Muslims were killed and the rest driven away to Pakistan. The estimates of the number killed vary between 20,000 and 100,000. The killings were carried out by extremist Hindus and Sikhs, allegedly orchestrated by the Rashtriya Swayamsevak Sangh, and aided and abetted by the state forces and the Maharaja Hari Singh. As a result of the violence and migration, by 1961, less than 10 per cent of the population in the Jammu district was Muslim. The displaced Muslims took refuge in the Sialkot District and other parts of Pakistani Punjab. Many prominent Punjabi residents in Pakistan, including politician Chaudhry Amir Hussain, economist Mahbub ul Haq, Air Marshal Asghar Khan, journalist Khalid Hasan and singer Malika Pukhraj were from Jammu.

Being comparatively safe from terrorism, Jammu city has become a hub of refugees. These primarily include Kashmiri Hindus who migrated from Kashmir Valley in 1989. Hindus from Pakistan administered Jammu and Kashmir who migrated to India have also settled in Jammu city. As per the records approximately 31,619 Hindu families had migrated from Pakistan administered Jammu and Kashmir to India, out of them 26,319 families are settled in Jammu. Rohingyas who fled Myanmar during 2016 have also currently settled in Jammu. Settlements of Rohingya Muslims have also raised security threats in Jammu. During the 2018 Sunjuwan attack, intelligence agencies had suspected involvement of Rohingya Muslims in the attack.