James Gordon Bennett Jr. (May 10, 1841May 14, 1918) was publisher of the '' New York Herald'', founded by his father, James Gordon Bennett Sr. (1795–1872), who emigrated from Scotland. He was generally known as Gordon Bennett to distinguish him from his father. Among his many sports-related accomplishments he organized both the first polo match and the first tennis match in the United States, and he personally won the first trans-oceanic yacht race. He sponsored explorers including
Henry Morton Stanley 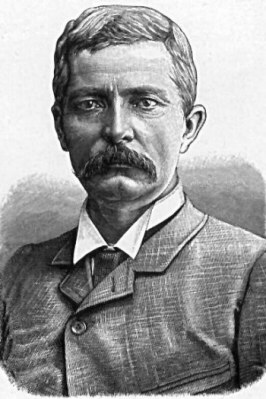 , and the ill-fated USS ''Jeannette'' attempt on the North Pole.

Bennett was born on May 10, 1841, in New York City to James Gordon Bennett Sr. (1795–1872), the founder, editor and publisher of the '' New York Herald''. He was the only son in the family. He grew up mostly in France, and attended the
École Polytechnique upA statue in the courtyard of the school commemorates the cadets of ''Polytechnique'' rushing to the Battle of Paris (1814), defence of Paris in 1814. A copy was installed in West Point. École Polytechnique (; also known as the "X") is one ...
.

In 1861, he moved to the United States, and enlisted in the Union Navy. In 1867, under his father's tutelage, he founded '' The Evening Telegram'', an entertainment and gossip paper that later became the ''New York World-Telegram''. On January 1, 1867, the elder Bennett turned control of the ''Herald'' over to him. Bennett raised the paper's profile on the world stage when he provided the financial backing for the 1869 expedition by
Henry Morton Stanley

into Africa to find
David Livingstone

in exchange for the ''Herald'' having the exclusive exclusive account of Stanley's progress. In 1872, he commissioned a Manhattan building design from Arthur D. Gilman, who popularized Second Empire architecture in the United States and Canada, Second Empire and Cast-iron architecture, cast-iron facades. The building still exists, on Nassau Street. Though he sold it in 1889 and it was greatly expanded over the following five years, it continues to be known as Bennett Building (New York City), The Bennett Building. It was built on a site previously occupied by the Herald's offices and printing plant, and the Herald later moved back into it. In 1890, he commissioned a new Herald building at Sixth and Broadway, completed in 1895. In 1880, Bennett established international editions of his newspaper in Paris and London; their successor is the New York Times' International Edition, previously known as then The New York Times International Edition, International Herald-Tribune. In 1883, he partnered with John W. Mackay to found the Commercial Cable Company. It was a successful business and provided an additional large income to Bennett.

Bennett, like many of his social class, indulged in the "good life": yachts, opulent private railroad cars, and lavish mansions. He was the youngest yacht club#Organization, Commodore ever of the New York Yacht Club.

In 1861, Bennett volunteered his newly built schooner yacht, ''Henrietta'', for the United States Revenue Cutter Service#The Civil War, U.S. Revenue Marine Service during the American Civil War, Civil War. At the same time, Bennett was commissioned as a third lieutenant in the Revenue Marine Service (equivalent to an Ensign (rank), ensign in the U.S. Navy) and assigned to the U.S. Marine Revenue schooner ''Henrietta'' (the yacht he had loaned to the U.S. Government) beginning in June 1861. She patrolled Long Island until February 1862 when she was sent to Port Royal, South Carolina. On March 3, 1862, Bennett commanded the ''Henrietta'' as part of the fleet which captured Fernandina, Florida#Confederate flag, Fernandina, Florida. Bennett and the ''Henrietta'' returned to civilian life in New York in May 1862. 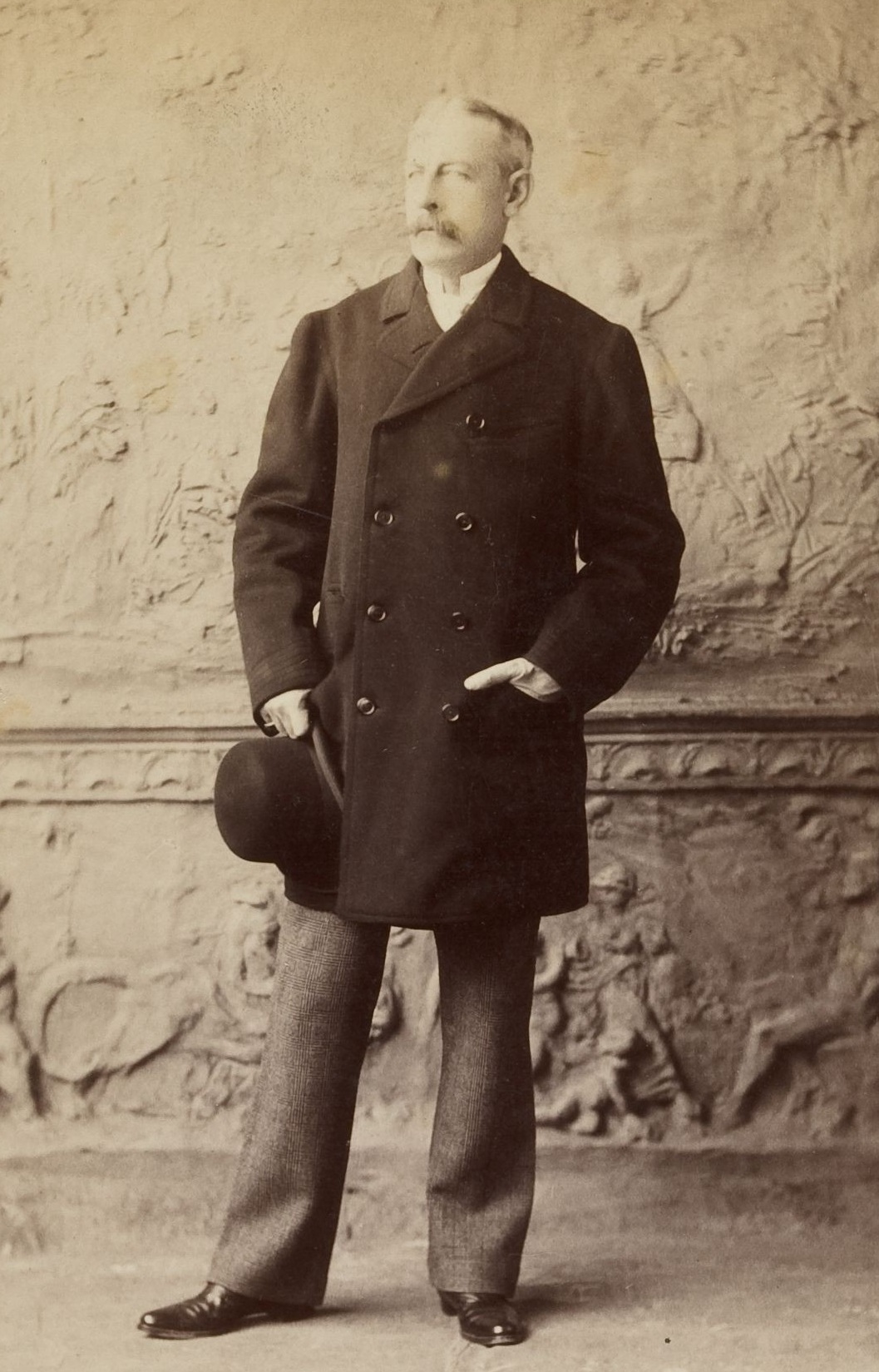 In 1866, on a bet, he won the first trans-oceanic yacht race. The race was between three American yachts, the ''Vesta'' (owned by Pierre Lorillard IV), the ''Fleetwing'' (owned by George and Frank Osgood) and the ''Henrietta''. Each yachtsman put up $30,000 in the winner-take-all wager. They started off of Sandy Hook, New Jersey, on 11 December 1866 amid high Westerlies, westerly winds and raced to The Needles, the furthest westerly point on the Isle of Wight, famous for its lighthouse. Bennett's ''Henrietta'' won with a time of 13 days, 21 hours, 55 minutes. He entertained guests aboard his steam-yacht "Namouna". American expatriate artist Julius LeBlanc Stewart painted several works set on the yacht. On May 11, 1870, the pilot boat James Gordon Bennett (pilot boat), ''James Gordon Bennett,'' No. 6, was launched from the Lawrence & Foulks shipyard at Williamsburg, Brooklyn, Williamsburg. At the launch and naming ceremony, Katie Chapman, daughter of Captain Daniel C. Chapman, gave the boat the name ''James Gordon Bennett.'' Bennett presented the cup and prizes at the October 14, 1873, New York Yacht Club, Cape May Challenge Cup regatta, which was a race from Owls Head, Maine, Owl's Head Point around to Cape May Lighthouse in New Jersey, and back to the Sandy hook Lightship.

Bennett often scandalized society with his flamboyant and sometimes erratic behavior. In 1877, he left New York for Europe after an incident that ended his engagement to socialite Caroline May. According to various accounts, he arrived late and drunk to a party at the May family mansion, then urinated into a fireplace (some say grand piano) in full view of his hosts. Bennett's controversial reputation is thought to have inspired, in Britain, the phrase "wikt:Gordon Bennett#English, Gordon Bennett" as an expression of incredulity.

Settling in Paris, he launched the Paris edition of the ''New York Herald'', named ''The Paris Herald'', the forerunner of the ''International Herald Tribune''. He backed George W. De Long's voyage to the North Pole on the USS ''Jeannette'' via the Bering Strait. The ill-fated expedition led to the deaths from starvation of DeLong and 19 of his crew, a tragedy that increased the paper's circulation. He was a co-founder of the Commercial Cable Company, a venture to break the Transatlantic cable monopoly held by Jay Gould.

Return to the US

He did not marry until he was 73. His wife was Maud Potter, widow of George de Reuter, son of Paul Reuter, Julius Paul Reuter, founder of Reuters, Reuters news agency. He died on May 14, 1918, in Beaulieu-sur-Mer, Alpes-Maritimes, France. Bennett is buried at the Cimetière de Passy in Paris. James Stillman was an intimate friend of James O. Bloss and John William Sterling. After the death of Bennett it was learned by the administrators of his estate that he had appointed Stillman one of the administrators and trustees. Stillman had little or no opportunity to act under the authority of Bennett's will, as he died a few weeks after Bennett's death. Stillman named Sterling one of his executors. Sterling could hardly have begun his duties under Stillman's will when he too died suddenly. The Bennett estate, the Stillman estate and the Sterling estate totaled about $76,000,000. After Sterling's death it was learned that he had appointed his long time intimate companion, Bloss, one of the executors. A few weeks after Sterling's death, Bloss died.

Asteroid 305 Gordonia is named after him. He also has a street named for him near Chopin Airport in Warsaw, Poland. The ''Avenue Gordon Bennett'' in Paris, where the French Open's Stade de Roland Garros is sited is named after his father. Bennett, British Columbia, now a ghost town, as well as nearby Bennett Lake and Bennett Peak (British Columbia), Bennett Peak are named for him.