Most of the Solar System appears hostile to life as we know it. No extraterrestrial life has ever been discovered, but there are several locations outside Earth where microbial life could possibly exist, have existed, or thrive if introduced. If extraterrestrial life exists, it may be vulnerable to interplanetary contamination by foreign microorganisms. Some extremophiles may be able to survive space travel to another planet, and foreign life could possibly be introduced by spacecraft from Earth and transform the location from its current pristine state. This poses scientific and ethical concerns. Locations within the Solar System where life might exist today include the oceans of liquid water beneath the icy surface of Europa, Enceladus, and Titan (its surface has oceans of liquid ethane / methane, but it may also have liquid water below the surface and ice volcanoes). There are multiple consequences for both forward- and back-contamination. If a planet becomes contaminated with Earth life, it might then be difficult to tell whether any lifeforms discovered originated there or came from Earth. Furthermore, the organic chemicals produced by the introduced life would confuse sensitive searches for biosignatures of living or ancient native life. The same applies to other more complex biosignatures. Life on other planets could have a common origin with Earth life, since in the early Solar System there was much exchange of material between the planets which could have transferred life as well. If so, it might be based on nucleic acids too (RNA or DNA). The majority of the species isolated are not well understood or characterized and cannot be cultured in labs, and are known only from DNA fragments obtained with swabs. On a contaminated planet, it might be difficult to distinguish the DNA of extraterrestrial life from the DNA of life brought to the planet by the exploring. Most species of microorganism on Earth are not yet well understood or DNA sequenced. This particularly applies to the unculturable archaea, and so are difficult to study. This can be either because they depend on the presence of other microorganisms, or are slow growing, or depend on other conditions not yet understood. In typical habitats, 99% of microorganisms are not culturable. Introduced Earth life could contaminate resources of value for future human missions, such as water. Invasive species could outcompete native life or consume it, if there is life on the planet. One argument against this is that the native life would be more adapted to the conditions there. However, the experience on Earth shows that species moved from one continent to another may be able to outcompete the native life adapted to that continent. Additionally, evolutionary processes on Earth might have developed biological pathways different from extraterrestrial organisms, and so may be able to out-compete it. The same is also possible the other way around for back contamination introduced to Earth's biosphere. In addition of science concerns, ethical or moral issues have also been raised on accidental and intentional interplanetary transport of life.


Evidence for possible habitats outside Earth

Enceladus and Europa show the best evidence for current habitats, mainly due to the possibility of their hosting liquid water and organic compounds.

There is ample evidence to suggest that Mars once offered habitable conditions for microbial life. It is therefore possible that microbial life may have existed on Mars, although no evidence has been found. It is thought that many bacterial spores (endospores) from Earth were transported on Mars spacecraft. Some may be protected within Martian rovers and landers on the shallow surface of the planet. In that sense, Mars may have already been interplanetarily contaminated. Certain lichens from the arctic permafrost are able to photosynthesize and grow in the absence of any liquid water, simply by using the humidity from the atmosphere. They are also highly tolerant of UV radiation, using melanin and other more specialized chemicals to protect their cells. Although numerous studies point to resistance to some of Mars conditions, they do so separately, and none has considered the full range of Martian surface conditions, including temperature, pressure, atmospheric composition, radiation, humidity, oxidizing regolith, and others, all at the same time and in combination. Laboratory simulations show that whenever multiple lethal factors are combined, the survival rates plummet quickly. Other studies have suggested the potential for life to survive using deliquescing salts. These, similarly to the lichens, use the humidity of the atmosphere. If the mixture of salts is right, the organisms may obtain liquid water at times of high atmospheric humidity, with salts capture enough to be capable of supporting life. Research published in July 2017 shows that when irradiated with a simulated Martian UV flux, perchlorates become even more lethal to bacteria (bactericide effect). Even dormant spores lost viability within minutes. In addition, two other compounds of the Martian surface, iron oxides and hydrogen peroxide, act in synergy with irradiated perchlorates to cause a 10.8-fold increase in cell death when compared to cells exposed to UV radiation after 60 seconds of exposure.

The ''Cassini'' spacecraft directly sampled the plumes escaping from Enceladus. Measured data indicates that these geysers are made primarily of salt rich particles with an 'ocean-like' composition, which is thought to originate from a subsurface ocean of liquid saltwater, rather than from the moon's icy surface. Data from the geyser flythroughs also indicate the presence of organic chemicals in the plumes. Heat scans of Enceladus' surface also indicate warmer temperatures around the fissures where the geysers originate from, with temperatures reaching −93 °C (−135 °F), which is 115 °C (207 °F) warmer than the surrounding surface regions.

Europa has much indirect evidence for its sub-surface ocean. Models of how Europa is affected by tidal heating require a subsurface layer of liquid water in order to accurately reproduce the linear fracturing of the surface. Indeed, observations by the ''Galileo'' spacecraft of how Europa's magnetic field interacts with Jupiter's field strengthens the case for a liquid, rather than solid, layer; an electrically conductive fluid deep within Europa would explain these results. Observations from the Hubble Space Telescope in December 2012 appear to show an ice plume spouting from Europa's surface, which would immensely strengthen the case for a liquid subsurface ocean. As was the case for Enceladus, vapour geysers would allow for easy sampling of the liquid layer. Unfortunately, there appears to be little evidence that geysering is a frequent event on Europa due to the lack of water in the space near Europa.

Forward contamination is prevented by sterilizing space probes sent to sensitive areas of the Solar System. Missions are classified depending on whether their destinations are of interest for the search for life, and whether there is any chance that Earth life could reproduce there. NASA made these policies official with the issuing of Management Manual NMI-4-4-1, ''NASA Unmanned Spacecraft Decontamination Policy'' on September 9, 1963. Prior to NMI-4-4-1 the same sterilization requirements were required on all outgoing spacecraft regardless of their target. Difficulties in the sterilization of Ranger probes sent to the Moon are the primary reasons for NASA's change to a target-by-target basis in assessing the likelihood forward contamination. Some destinations such as Mercury need no precautions at all. Others such as the Moon require documentation but nothing more, while destinations such as Mars require sterilization of the rovers sent there. For the details, see Planetary protection. Back contamination would be prevented by containment or quarantine. However, there have been no sample-returns thought to have any possibility of a back contamination risk since the Apollo missions. The Apollo regulations have been rescinded and new regulations have yet to be developed, see Suggested precautions for sample-returns

Crewed spacecraft are of particular concern for interplanetary contamination because of the impossibility to sterilize a human to the same level as a robotic spacecraft. Therefore, the chance of forwarding contamination is higher than for a robotic mission. Humans are typically host to a hundred trillion microorganisms in ten thousand species in the human microbiome which cannot be removed while preserving the life of the human. Containment seems the only option, but effective containment to the same standard as a robotic rover appears difficult to achieve with present-day technology. In particular, adequate containment in the event of a hard landing is a major challenge. Human explorers may be potential carriers back to Earth of microorganisms acquired on Mars, if such microorganisms exist. Another issue is the contamination of the water supply by Earth microorganisms shed by humans in their stools, skin and breath, which could have a direct effect on the long-term human colonization of Mars.

The Moon as a testbed

The Moon has been suggested as a testbed for new technology to protect sites in the Solar System, and astronauts, from forward and back contamination. Currently, the Moon has no contamination restrictions because it is considered to be "not of interest" for prebiotic chemistry and origins of life. Analysis of the contamination left by the Apollo program astronauts could also yield useful ground truth for planetary protection models. 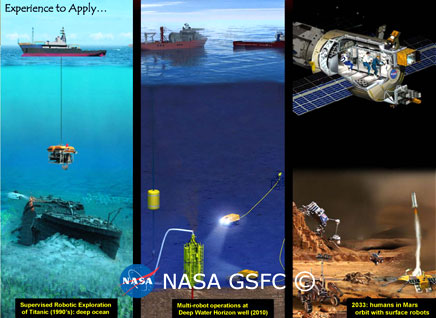 One of the most reliable ways to reduce the risk of forward and back contamination during visits to extraterrestrial bodies is to use only Robotic spacecraft. Humans in close orbit around the target planet could control equipment on the surface in real time via telepresence, so bringing many of the benefits of a surface mission, without its associated increased forward and back contamination risks.

Since the Moon is now generally considered to be free from life, the most likely source of contamination would be from Mars during either a Mars sample-return mission or as a result of a crewed mission to Mars. The possibility of new human pathogens, or environmental disruption due to back contamination, is considered to be of extremely low probability but cannot yet be ruled out. There are no immediate plans for a Mars sample-return, but it remains a high priority for NASA and the ESA because of its great potential biological and geological interest. The European Space Foundation report cites many advantages of a Mars sample-return. In particular, it would permit extensive analyses on Earth, without the size and weight constraints for instruments sent to Mars on rovers. These analyses could also be carried out without the communication delays for experiments carried out by Martian rovers. It would also make it possible to repeat experiments in multiple laboratories with different instruments to confirm key results. Carl Sagan was first to publicise back contamination issues that might follow from a Mars sample-return. In ''Cosmic Connection'' (1973) he wrote: Later in ''Cosmos'' (1980) Carl Sagan wrote: NASA and ESA views are similar. The findings were that with present-day technology, Martian samples can be safely returned to Earth provided the right precautions are taken.

NASA has already had experience with returning samples thought to represent a low back contamination risk when samples were returned for the first time by Apollo 11. At the time, it was thought that there was a low probability of life on the Moon, so the requirements were not very stringent. The precautions taken then were inadequate by current standards, however. The regulations used then have been rescinded, and new regulations and approaches for a sample-return would be needed.

A sample-return mission would be designed to break the chain of contact between Mars and the exterior of the sample container, for instance, by sealing the returned container inside another larger container in the vacuum of space before it returns to Earth. In order to eliminate the risk of parachute failure, the capsule could fall at terminal velocity and the impact would be cushioned by the capsule's thermal protection system. The sample container would be designed to withstand the force of the impact. 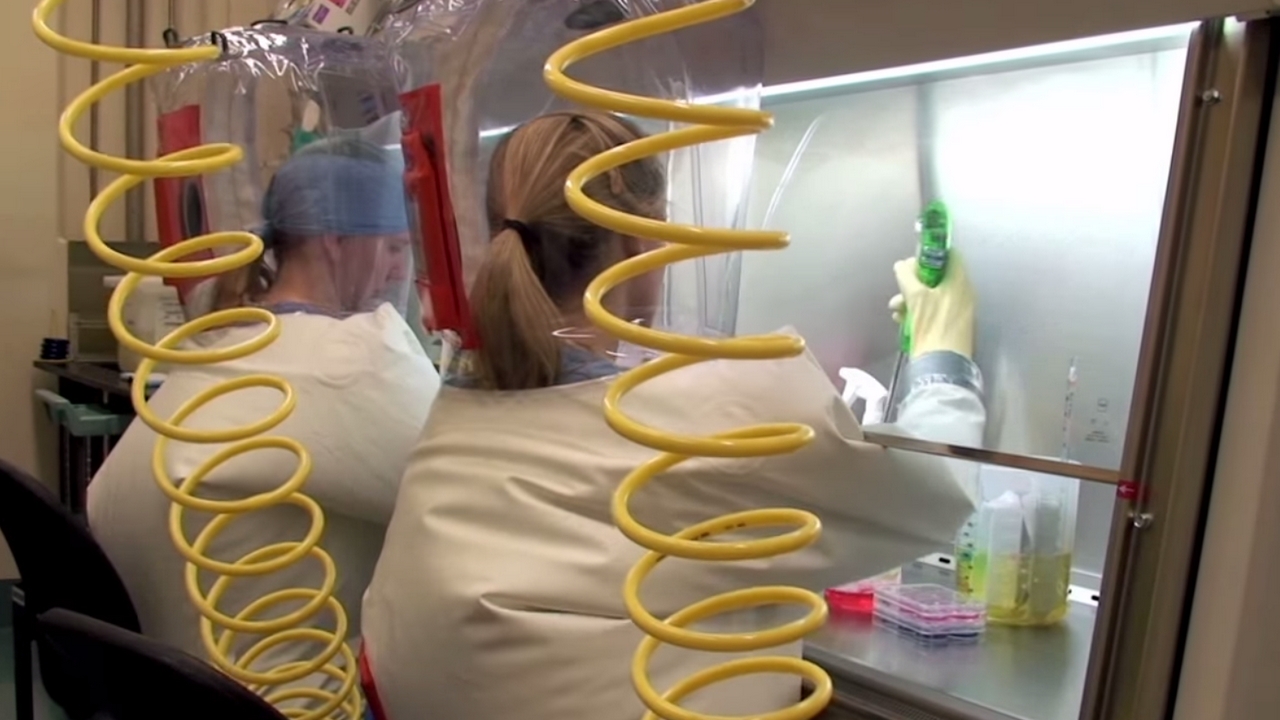