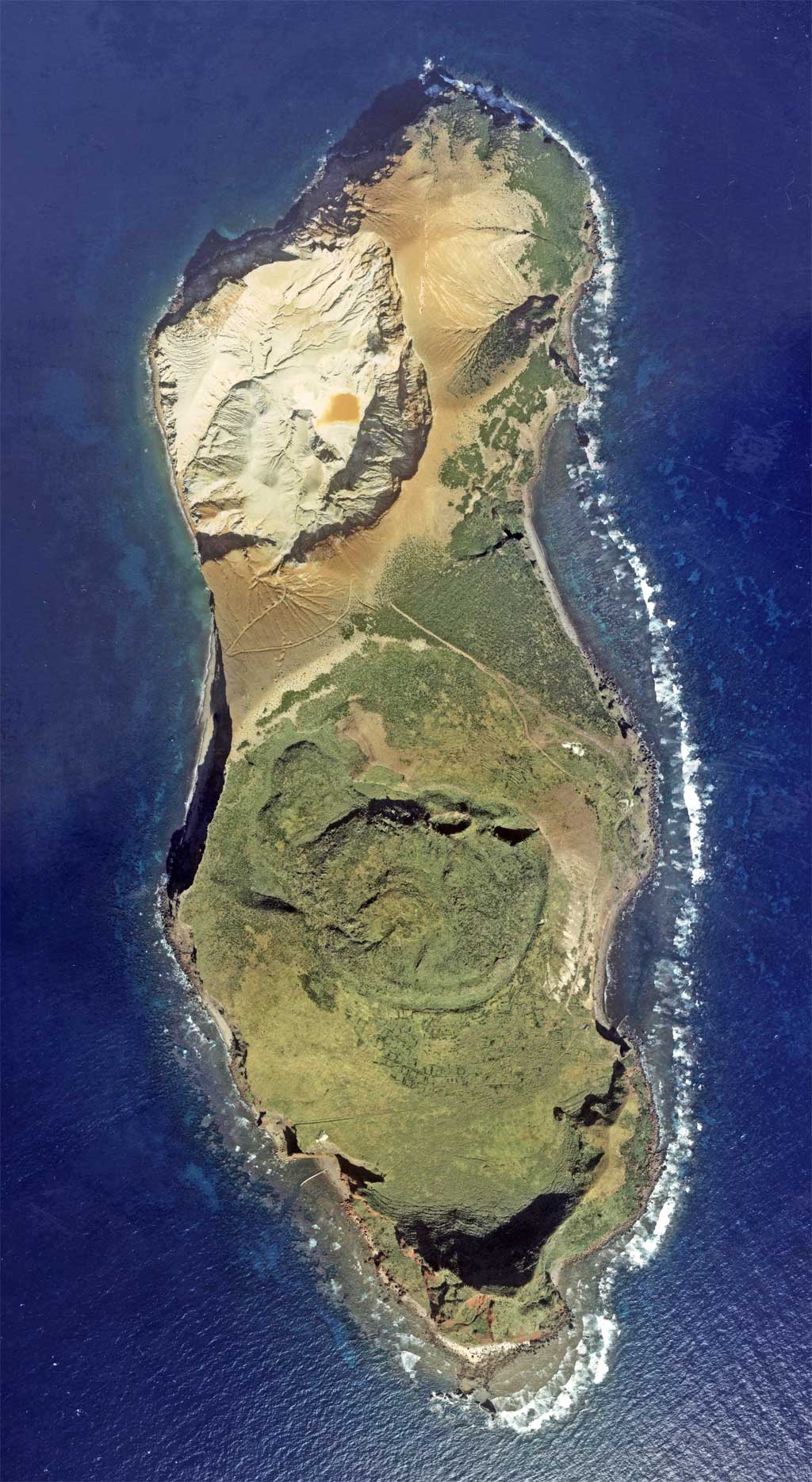 Iotourishima is located 65 km west of Tokunoshima Island. On exceptionally clear days, Iōtorishima can be seen from the west coast of Tokunoshima. The 2.50 km² large island consists of two interconnected volcanoes made from andesite. The southern Gusuku kazan ( グ ス ク 火山 , "Castle Volcano") is a lava dome located in the center of the two summits. The northern Iōdake-kazan ( 硫黄 岳 火山 , "Sulfur Peak Volcano") is a stratovolcano whose crater consists of a small lake of sulfur. It is still active, although none of the recent outbreaks had explosive character. The highest point of the island is at 212 m, which belongs to Iōdake-kazan; the highest of the Gusuku kazan is the Maedake ( 前 嶽 ) at 189.3 m.

Sulfur was mined by the inhabitants for centuries within the Kingdom of Ryukyu, and it was used as tribute to the Chinese Empire. The first recorded eruption was in 1664, when a woman died from a landslide. In a series of eruptions and earthquakes from March to August 1903, all residents were temporarily moved 220 km to Kume Island, but were permanently relocated by June 1958; the final settlement had 86 inhabitants. Since then, the island has been uninhabited. In July 1968 there was another eruption. Administratively, the island belonged to Gushikawa on Kume-jima, but merged in 2002 with Nakazato to the city Kumejima.

Commons: Io-Torishima  - Collection of pictures, videos and audio files relating to the island.