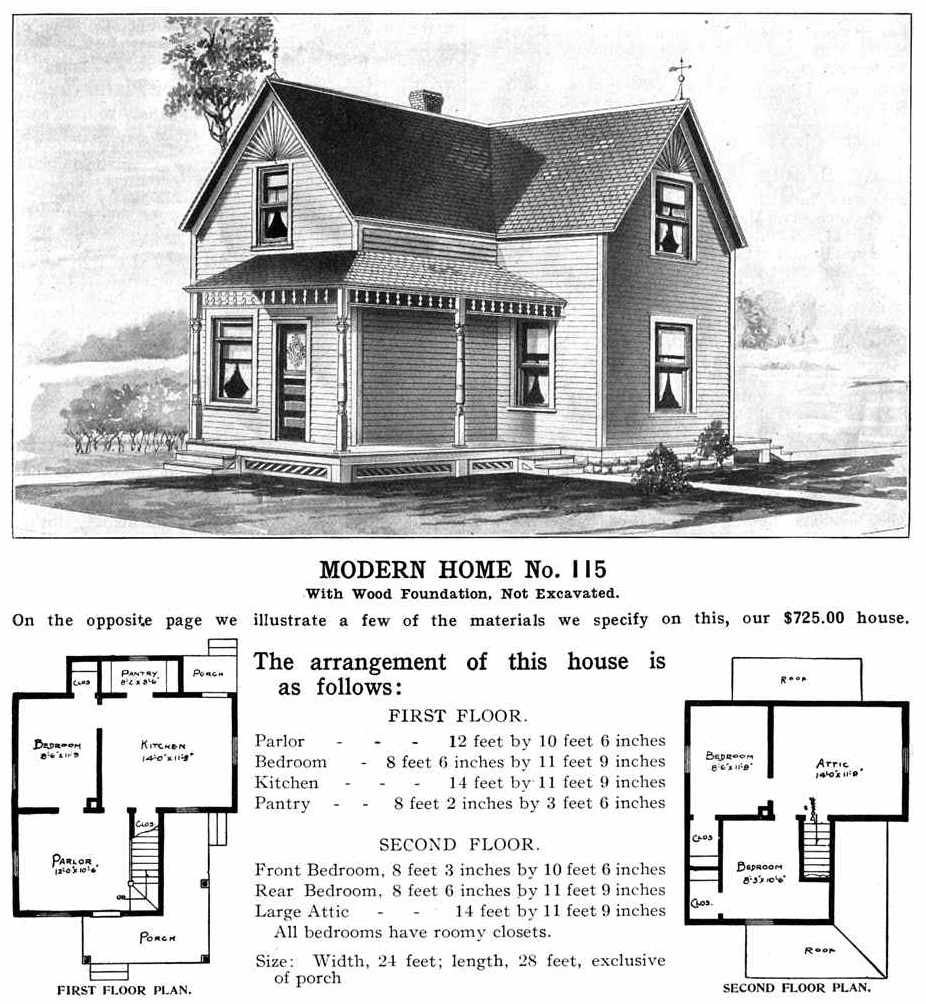 A home, or domicile, is a space used as a permanent or semi-permanent residence for an individual, group or family. It is a fully or semi sheltered space and can have both interior and exterior aspects to it. Homes provide sheltered spaces for instance rooms, where domestic activity can be performed such as sleeping, preparing food, eating and hygiene as well as providing spaces for work and leisure such as remote working, studying and playing. Physical forms of homes can be static such as a house or an apartment, mobile such as a houseboat, trailer or yurt or digital such as virtual space. The aspect of ‘home’ can be considered across scales, from the micro scale showcasing the most intimate spaces of the individual dwelling and direct surrounding area to the macro scale of the geographic area such as town, village, city, country or planet. A principle of constitutional law in many countries, related to the right to privacy enshrined in article 12 of the Universal Declaration of Human Rights is the inviolability of the home as an individual's place of shelter and refuge. The concept of ‘home’ has been researched and theorized across disciplines - topics ranging from the idea of home, the interior, the psyche, liminal space, contested space to gender and politics. Such topics can be found in the writings of Gaston Bachelard, Jean Baudrillard, Mrs Isabella Beeton, Pierre Bourdieu, Beatriz Colomina, Le Corbusier, Mary Douglas, Diana Fuss, Dolores Hayden, Martin Heidegger, Henri Lefebvre, Edith Wharton amongst many others. Discussions of home can help better understand and challenge perceptions of self and the extension of self. Places of residence do not necessarily correlate with associations to the home; the home consists of a physical space as well as an emotional and psychological relationship, where memory, comfort, activity and familiarity are some of the many important factors in the construction of home. Amongst being a space of domestic activity the home in the 21st century has appropriated new meanings with the advance of technology, therefore enabling multiple activities to be performed within a singular space. The home blurs boundaries of the domestic, the professional and the leisurely and conceptually becomes an amorphous space. The home as a concept expands beyond residence as contemporary lifestyles and technological advances redefine the way the global population lives and works.

The earliest homes that humans inhabited were likely naturally occurring features such as caves.

Throughout history, primitive peoples have made use of caves. The earliest human fossils found in caves come from a series of caves near Krugersdorp and Mokopane in South Africa. The cave sites of Sterkfontein, Swartkrans, Kromdraai B, Drimolen, Malapa, Cooper's D, Gladysvale, Gondolin and Makapansgat have yielded a range of early human species dating back to between three and one million years ago, including ''Australopithecus africanus'', ''Australopithecus sediba'' and ''Paranthropus robustus''. However, it is not generally thought that these early humans were living in the caves, but that they were brought into the caves by carnivores that had killed them. The first early hominid ever found in Africa, the Taung Child in 1924, was also thought for many years to come from a cave, where it had been deposited after being preyed upon by an eagle. However, this is now debated. Caves do form in the dolomite of the Ghaap Plateau, including the Early, Middle and Later Stone Age site of Wonderwerk Cave; however, the caves that form along the escarpment's edge, like that hypothesised for the Taung Child, are formed within a secondary limestone deposit called tufa. There is numerous evidence for other early human species inhabiting caves from at least one million years ago in different parts of the world, including ''Homo erectus'' in China at Zhoukoudian, ''Homo rhodesiensis'' in South Africa at the Cave of Hearths (Makapansgat), ''Homo neandertalensis'' and ''Homo heidelbergensis'' in Europe at Archaeological Site of Atapuerca, ''Homo floresiensis'' in Indonesia, and the Denisovans in southern Siberia. In southern Africa, early modern humans regularly used sea caves as shelter starting about 180,000 years ago when they learned to exploit the sea for the first time. The oldest known site is PP13B at Pinnacle Point. This may have allowed rapid expansion of humans out of Africa and colonization of areas of the world such as Australia by 60–50,000 years ago. Throughout southern Africa, Australia, and Europe, early modern humans used caves and rock shelters as sites for rock art, such as those at Giants Castle. Caves such as the yaodong in China were used for shelter; other caves were used for burials (such as rock-cut tombs), or as religious sites (such as Buddhist caves). Among the known sacred caves are China's Cave of a Thousand Buddhas and the sacred caves of Crete. As technology progressed, humans and other hominids began constructing their own dwellings. Buildings such as huts and longhouses have been used for living since the late Neolithic.

A house is a building that functions as a home for humans ranging from simple dwellings such as rudimentary huts of nomadic tribes to complex, fixed structures of wood, brick, or other materials containing plumbing, ventilation and electrical systems. Most conventional modern houses will at least contain a bedroom, bathroom, kitchen or cooking area, and a living room. In traditional agriculture-oriented societies, domestic animals such as chickens or larger livestock (like cattle) may share part of the house with humans. The social unit that lives in a house is known as a household. Most commonly, a household is a family unit of some kind, although households may also be other social groups or individuals. The design and structure of homes is also subject to change as a consequence of globalization, urbanization and other social, economic, demographic, and technological reasons. Various other cultural factors also influence the building style and patterns of domestic space. A terraced house is a style of medium-density housing where a row of identical or mirror-image houses share side walls, while semi-detached housing consists of pairs of houses built side-by-side or (less commonly) back-to-back, sharing a party wall and with mirrored layouts. An apartment (in American English) or a flat (in British English) is a self-contained housing unit (a type of residential real estate) that occupies only part of a building. Such a building may be called an ''apartment building'', ''apartment house'' (in American English), ''block of flats'', ''tower block'', ''high-rise'' or, occasionally ''mansion block'' (in British English), especially if it consists of many apartments for rent. In Scotland it is called a block of flats or if it's a traditional sandstone building a ''tenement'', which has a pejorative connotation elsewhere. Apartments may be owned by an ''owner/occupier'' by leasehold tenure or rented by ''tenants'' (two types of housing tenure). A homestead consists of a dwelling, often a farm house, together with other buildings and associated land, and facilities for domesticated animals. In Southern Africa, the term can also refer to a cluster of several houses that is inhabited by a single family.

A home's occupants may be a single individual, a family, household, or several families in a tribe. Occupants may be part of other groups, such as nursing home residents or children in an orphanage. Domesticated or tamed animals may live alongside human occupants for various reasons.

The financial arrangements under which someone has the right to live in a home are, most frequently, tenancy, in which rent is paid by the tenant to a landlord, and owner-occupancy. Mixed forms of tenure are also possible.

Squatting is an action of occupying an abandoned or unoccupied area of land or a building – usually residential – that the squatter does not own, rent or otherwise have lawful permission to use.

Article 25 of the Universal Declaration of Human Rights, adopted in 1948 by the United Nations General Assembly, contains the following text regarding housing and quality of living: "Everyone has the right to a standard of living adequate for the health and well-being of himself and of his family, including food, clothing, housing and medical care and necessary social services..." In 2004, the United Nations, Department of Economic and Social Affairs, defined a homeless household as "those households without a shelter that would fall within the scope of living quarters. They carry their few possessions with them, sleeping in the streets, in doorways or on piers, or in another space, on a more or less random basis." In 2009, at the United Nations Economic Commission for Europe Conference of European Statisticians recommended that homeless people are classified in two broad groups (noting that this would not provide a complete definition): * (a) Primary homelessness (or rooflessness). This category includes persons living in the streets without a shelter that would fall within the scope of living quarters. * (b) Secondary homelessness. This category may include persons with no place of usual residence who move frequently between various types of accommodations (including dwellings, shelters, and institutions for the homeless or other living quarters). This category includes persons living in private dwellings but reporting ‘no usual address’ on their census form. In 2005, 100 million people worldwide were estimated to be homeless, although some prefer the term 'houseless' or 'unsheltered'.

A home is generally a place that is close to the heart of the owner, and can become a prized possession. It has been argued that psychologically "The strongest sense of home commonly coincides geographically with a dwelling. Usually, the sense of home attenuates as one moves away from that point, but it does not do so in a fixed or regular way." Since it can be said that humans are generally creatures of habit, the state of a person's home has been known to physiologically influence their behavior, emotions, and overall mental health. People may become homesick when they leave their home over an extended period of time. Places like homes can trigger self-reflection, thoughts about who someone is or used to be or who they might become. These types of reflections also occur in places where there is a collective historical identity, such as Gettysburg or Ground Zero. The word ''home'' can be used for various types of residential community institutions in which people can live, such as housing cooperatives, nursing homes, retirement homes for seniors, foster homes, etc. Short-term accommodation in a treatment facility for several weeks is unlikely to be psychologically considered 'home'.

Popular sayings about homes include "home is where the heart is", "home sweet home", "a man's home is his castle", "there's no place like home", "to be at home", "home away from home", "make yourself at home", "you can never go home again", and "home is where you hang your hat".

Homes may be lost in ways ranging from the upheavals of natural disasters, fraud/theft, arson, or war-related destruction, to the more common voluntary sale, loss for one or more occupants on relationship breakdown, expropriation by government or legislated cause, repossession/foreclosure to pay secured debts, eviction by landlords, disposal by time-limited means – lease, or absolute gift. Jurisdiction-dependent means of home loss include adverse possession, unpaid property taxation and corruption such as in circumstances of a failed state. Personal insolvency, development or sustaining of mental illness or severe physical incapacity without affordable domestic care commonly lead to a change of home. The underlying character of a home may be debased by structural defects, natural subsidence, neglect or soil contamination. Refugees are people who have fled their homes due to violence or persecution. They may seek temporary housing in a shelter or they may claim asylum in another country in an attempt to relocate permanently.