The history of Jews in Poland dates back at least 1,000 years. For centuries, Poland was home to the largest and most significant Jewish community in the world. Poland was a principal center of Jewish culture, because of the long period of statutory religious tolerance and social autonomy which ended after the Partitions of Poland in the 18th century. During World War II there was a nearly complete genocidal destruction of the Polish Jewish community by Nazi Germany and its collaborators, during the German occupation of Poland between 1939 and 1945, called the Holocaust. Since the fall of communism in Poland, there has been a renewed interest in Jewish culture, featuring an annual Jewish Culture Festival, new study programs at Polish secondary schools and universities, and the opening of Warsaw's Museum of the History of Polish Jews. From the founding of the Kingdom of Poland in 1025 until the early years of the Polish–Lithuanian Commonwealth created in 1569, Poland was the most tolerant country in Europe. Historians have used the label ''paradisus iudaeorum'' (Latin for "Paradise of the Jews"). Poland became a shelter for Jews persecuted and expelled from various European countries and the home to the world's largest Jewish community of the time. According to some sources, about three-quarters of the world's Jews lived in Poland by the middle of the 16th century. With the weakening of the Commonwealth and growing religious strife (due to the Protestant Reformation and Catholic Counter-Reformation), Poland's traditional tolerance began to wane from the 17th century. After the Partitions of Poland in 1795 and the destruction of Poland as a sovereign state, Polish Jews became subject to the laws of the partitioning powers, including the increasingly antisemitic Russian Empire, as well as Austria-Hungary and Kingdom of Prussia (later a part of the German Empire). Still, as Poland regained independence in the aftermath of World War I, it was the center of the European Jewish world with one of the world's largest Jewish communities of over 3 million. Antisemitism was a growing problem throughout Europe in those years, from both the political establishment and the general population. Throughout the interwar period, Poland supported Jewish emigration from Poland and, on the international arena, the creation of a Jewish state in Palestine. The Polish state also supported Jewish paramilitary groups such as the Haganah, Betar, and Irgun, providing them with weapons and training. In 1939 at the start of World War II, Poland was partitioned between Nazi Germany and the Soviet Union (see Molotov–Ribbentrop Pact). One-fifth of the Polish population perished during World War II; the 3,000,000 Polish Jews murdered in The Holocaust, who constituted 90% of Polish Jewry, made up half of all Poles killed during the war. Although the Holocaust occurred largely in German-occupied Poland, there was little collaboration with the Nazis by its citizens. Collaboration by individual Poles has been described as smaller than in other occupied countries. Examples of Polish attitudes to German atrocities varied widely, from actively risking death in order to save Jewish lives, and passive refusal to inform on them, to indifference, blackmail, and in extreme cases, participation in pogroms such as the Jedwabne pogrom. In the post-war period, many of the approximately 200,000 Jewish survivors registered at Central Committee of Polish Jews or CKŻP (of whom 136,000 arrived from the Soviet Union) left the Polish People’s Republic for the nascent State of Israel, North America or South America. Their departure was hastened by the destruction of Jewish institutions, post-war violence and the hostility of the Communist Party to both religion and private enterprise, but also because in 1946–1947 Poland was the only Eastern Bloc country to allow free Jewish aliyah to Israel, without visas or exit permits. Most of the remaining Jews left Poland in late 1968 as the result of the "anti-Zionist" campaign. After the fall of the Communist regime in 1989, the situation of Polish Jews became normalized and those who were Polish citizens before World War II were allowed to renew Polish citizenship. The contemporary Polish Jewish community is estimated to have between 10,000 and 20,000 members. The number of people with Jewish heritage of any sort may be several times larger. 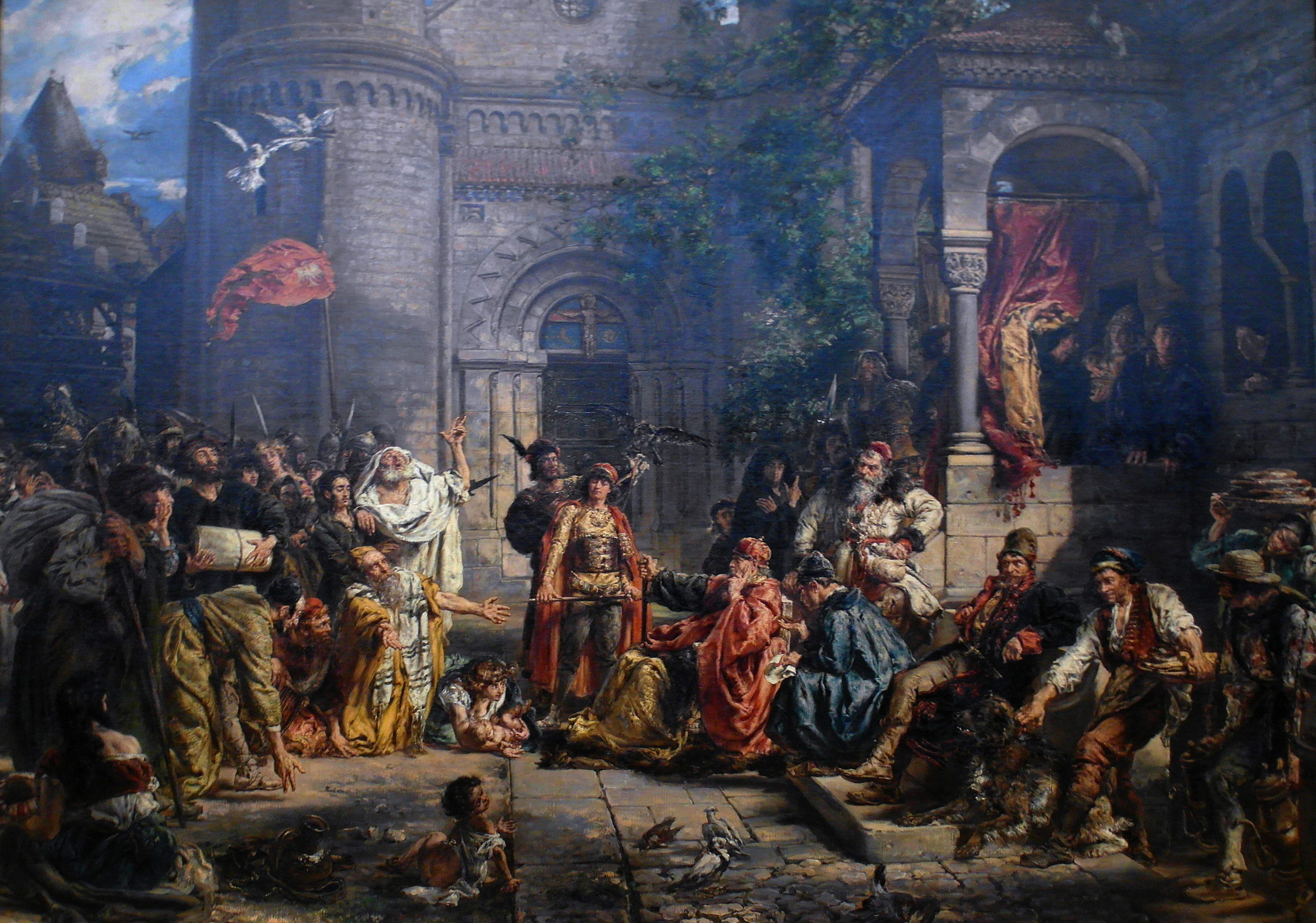 The first Jews to visit Polish territory were traders, while permanent settlement began during the Crusades. Travelling along trade routes leading east to Kiev and Bukhara, Jewish merchants, known as Radhanites, crossed Silesia. One of them, a diplomat and merchant from the Moorish town of Tortosa in Spanish Al-Andalus, known by his Arabic name, Ibrahim ibn Yaqub, was the first chronicler to mention the Polish state ruled by Prince Mieszko I. In the summer of 965 or 966, Jacob made a trade and diplomatic journey from his native Toledo in Muslim Spain to the Holy Roman Empire and then to the Slavic countries. The first actual mention of Jews in Polish chronicles occurs in the 11th century, where it appears that Jews then lived in Gniezno, at that time the capital of the Polish kingdom of the Piast dynasty. Among the first Jews to arrive in Poland in 1097 or 1098 were those banished from Prague.