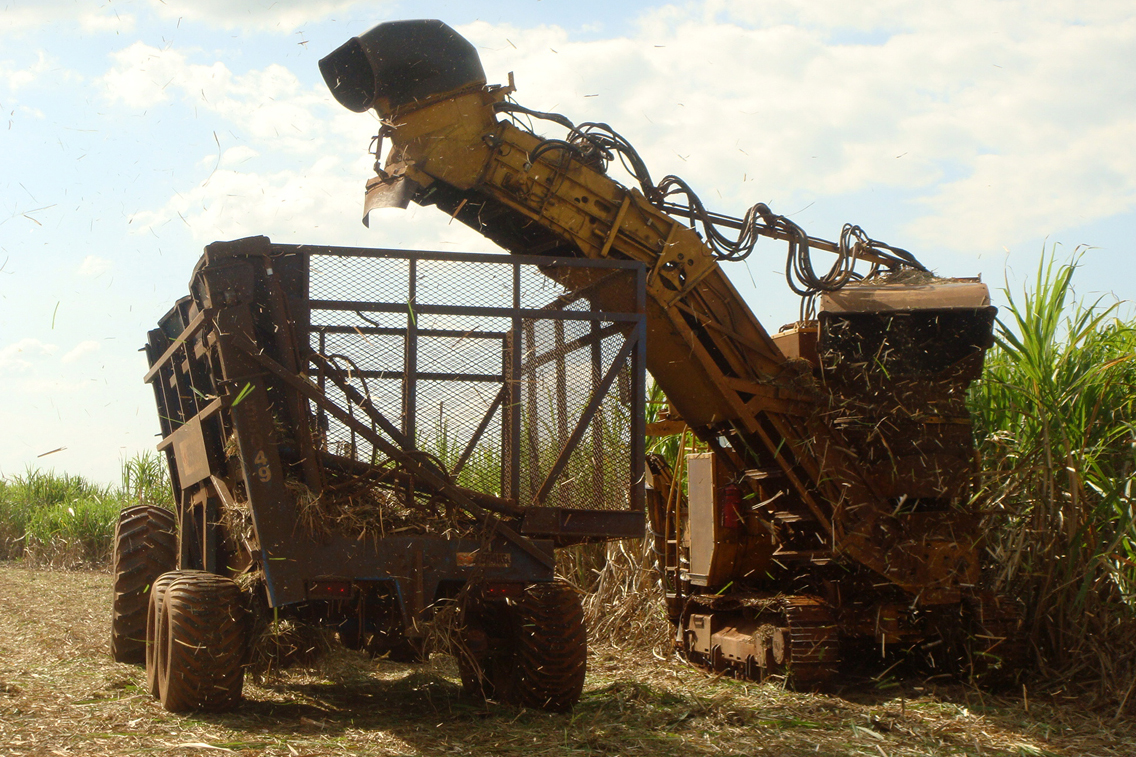 The history of ethanol fuel in Brazil dates from the 1970s and relates to Brazil's sugarcane-based ethanol fuel program, which allowed the country to become the world's second largest producer of ethanol, and the world's largest exporter. Several important political and technological developments led Brazil to become the world leader in the sustainable use of bioethanol, and a policy model for other developing countries in the tropical zone of Latin America, the Caribbean, and Africa. Government policies and technological advances also allowed the country to achieve a landmark in ethanol consumption, when ethanol retail sales surpassed 50% market share of the gasoline-powered vehicle fleet in early 2008. This level of ethanol fuel consumption had only been reached in Brazil once before, at the peak of the ''Pró-Álcool'' Program near the end of the 1980s.

Sugarcane has been cultivated in Brazil since 1532. Introduced in Pernambuco that year, sugar was one of the first commodities exported to Europe by the Portuguese settlers. Ethyl alcohol or ethanol is obtained as a by-product of sugar mills producing sugar, and can be processed to produce alcoholic beverages, ethanol fuel or alcohol for industrial or antiseptic uses. The first use of sugarcane ethanol as fuel in Brazil dates back to the late twenties and early thirties of the 20th century, with the introduction of the automobile in the country. After World War I some experimenting took place in Brazil's Northeast Region, and as early as 1919, the Governor of Pernambuco mandated all official vehicles to run on ethanol. The first ethanol fuel production plant went on line in 1927, the Usina Serra Grande Alagoas (USGA), located in the Northeastern state of Alagoas, producing fuel with 75% ethanol and 25% ethyl ether. As other plants began producing ethanol fuel, two years later there were 500 cars running on this fuel in the country's Northeast Region. A decree was issued on February 20, 1931, mandating the blend of 5% hydrated ethanol to all imports of gasoline by volume. The number of distilleries producing ethanol fuel went from 1 in 1933 to 54 by 1945. Fuel-grade ethanol production increased from 100,000 liters in 1933 to 51.5 million liters in 1937, representing 7% of the country's fuel consumption. Production peaked to 77 million liters during World War II, representing 9.4% of all ethanol production in the country. Due to German submarine attacks threatening oil supplies, the mandatory blend was as high as 50 percent in 1943. After the end of the war cheap oil caused gasoline to prevail, and ethanol blends were only used sporadically, mostly to take advantage of sugar surpluses, until the 1970s, when the first oil crisis resulted in gasoline shortages and awareness on the dangers of oil dependence.

As a response to the 1973 oil crisis, the Brazilian government began promoting bioethanol as a fuel. The National Alcohol Program -''Pró-Álcool''- ( pt|Programa Nacional do Álcool), launched in 1975, was a nationwide program financed by the government to phase out automobile fuels derived from fossil fuels, such as gasoline, in favor of ethanol produced from sugar cane. The decision to produce ethanol from sugarcane was based on the low cost of sugar at the time, the idle capacity for distillation at the sugar plants, and the country's tradition and experience with this feedstock. Other sources of fermentable carbohydrates were also explored such as manioc and other feedstocks. The first phase of the program concentrated in production of anhydrous ethanol for blending with gasoline.

thumb|left|The Brazilian [[Fiat 147 was the first modern automobile launched to the market capable of running on neat [[hydrous]] [[ethanol fuel]] ([[w:Common ethanol fuel mixtures#E100|E100]]).]] After testing in government fleets with several prototypes developed by local subsidiaries of [[Fiat]], [[Volkswagen do Brasil|Volkswagen]], General Motors do Brasil|GM, and Ford, and compelled by the second oil crisis, the first 16 gasoline stations began supplying hydrous ethanol in May 1979 for a fleet of 2,000 neat ethanol adapted vehicles, and by July, the Fiat 147 was launched to the market, becoming the first modern commercial neat ethanol-powered car (E100) sold in the world. Brazilian carmakers modified gasoline engines to support hydrous ethanol characteristics. Changes included compression ratio, amount of fuel injected, replacement of materials subject to corrosion by ethanol, use of colder spark plugs suitable for dissipating heat due to higher flame temperatures, and an auxiliary cold-start system that injects gasoline from a small tank to aid cold starting. Six years later, approximately 75% of Brazilian passenger cars were manufactured with ethanol engines. The Brazilian government also made mandatory the blend of ethanol fuel with gasoline, fluctuating from 1976 until 1992 between 10% and 22%. Due to this mandatory minimum gasoline blend, pure gasoline (E0) is no longer sold in the country. A federal law was passed in October 1993 establishing a mandatory blend of 22% anhydrous ethanol (E22) in the entire country. This law also authorized the Executive to set different percentages of ethanol within pre-established boundaries; since 2003 these limits were fixed at a maximum of 25% (E25) and a minimum of 20% (E20) by volume. Since then, the government has set the percentage on the ethanol blend according to the results of the sugarcane harvest and the levels of ethanol production from sugarcane, resulting in blend variations even within the same year. Since July 2007, the mandatory blend was 25% of anhydrous ethanol and 75% gasoline or E25 blend. As a result of supply shortages and high ethanol fuel prices, in 2010 the government mandated a temporary 90-day blend reduction from E25 to E20 beginning February 1, 2010.