At the outbreak of World War I, Vietnam was under French protectorate and part of French Indochina. While seeking to maximize the use of Indochina's natural resources and manpower to fight the war, France cracked down all patriotic movements in Vietnam. As the country remained a member of the French Empire, many Vietnamese fought later in the conflict.

In Europe and the Middle East

The French entry into World War I saw the authorities in Vietnam press-gang thousands of "volunteers" for service in Europe, leading to riots throughout Cochinchina. Almost 100,000 Vietnamese were conscripts and went to Europe to fight and serve on the French battlefront, or work as laborers. Several battalions fought and suffered loss of lives at the Somme and Picardy, while others were deployed at Verdun, the Chemin des Dames, and in Champagne. Vietnamese troops also served in the Balkans and the Middle East. Exposed to new political ideals and returning to a colonial occupation of their own country (by a ruler that many of them had fought and died for), resulted in some sour attitudes. Many of these troops sought out and joined the Vietnamese nationalist movement focused on overthrowing the French.

thumb|Company of Vietnamese troops parading for ceremonial investiture with decorations at Etampes in World War I A total of 92,311 Vietnamese men from Indochina were in the service of France and were distributed in the following formations: * 4,800 belonging to the 4 or 5 combat battalions * 24,212 belonging to the 15 transit battalions * 9,019 colonial medical staff * 48,981 colonial laborers Two battalions of Vietnamese combat soldiers served in France: the 7ème and the 21ème Bataillons de Marche Indochinois, RTIC. The 7th Battalion was formed from the Vietnamese in Tonkin on February 16, 1916 and landed at Marseilles in September. They underwent training at Frejus until April 1917. On 10 April, the 7th was assigned to the 19th Division but on attachment to the 12th Division: *1 Cie- attached to the 54th Ri at Sept Monts *2 Cie – attached to the 67th RI at Ambrie *3 Cie – to the 350th RI at Sept Monts *5 Cie – to 12th Div depot at Rozic The 4th Cie, the HQ and the Machinegun Company remained under the command of the regimental commander (Dez) at Montramboeuf. They first saw action with the 12th ID during the 2nd Battle of the Aisne on the Chemin des Dames on the 5–7 May 1917 following up the attack of the regiments to which they are attached and were involved in resupplying the forward troops, consolidating trenches and in the organization of any captured territory. In June 1918, the battalion was in the trenches in the area of Anould (Vosges), staying there until 22 June during which time they were involved in the repulse of a strong German attack. A short move to the trenches at Clové then followed where they were involved in two attacks between 29 and 30 October 1918. At the time of the armistice, they were stationed in Lorraine and left France at Marseilles on 15 February 1919, arriving at Haiphong where the unit was dissolved. The 21st Battalion was formed, from Vietnamese soldiers already serving in France, on 1 December 1916 at Camp St. Raphael (Var), its strength being 21 officers, 241 Europeans and 1,200 Vietnamese. From April 5, 1917 the battalion was employed at Dand (Aisne) in road repair, care for airfields and drainage work on the battlefield. From late May to late July it was serving in the frontline trenches of the Vosges, moving in August to the area of Reims. It returned to the Vosges and it held the positions in the area of Montigny and was dissolved on April 18, 1919. 2 combat battalions also served in Salonika: the 1er and the 2ème. Laborers from Indochina in France during the war period: * during 1915 – 4,631 * during 1916 – 26,098 * during 1917 – 11,719 * during 1918 – 5,806 * during 1919 – 727 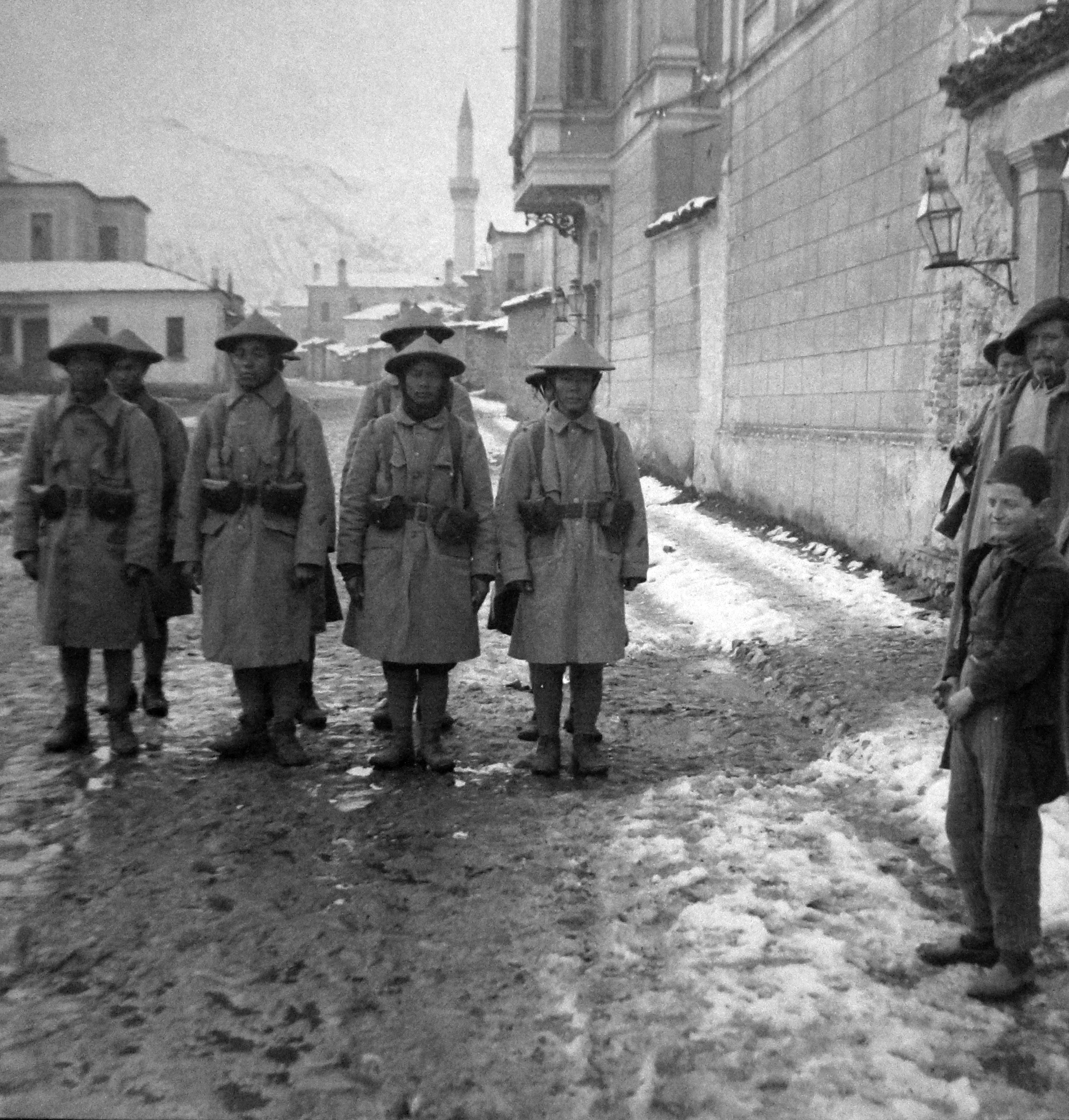 On the outbreak of World War I many of the French officers and non-commissioned officers of the ''tirailleurs tonkinois'' and ''tirailleurs annamite'' were recalled to France. The Tonkinese riflemen of the 6e Battalion de Tiralleurs Indochine subsequently saw service on the Western Front near Verdun. In 1915 a battalion of the 3rd Regiment of Tonkinese Rifles (3rd R.T.T.) was sent to China to garrison the French Concession in Shanghai. The ''tirailleurs'' remaining in Indochina saw service in 1917 in putting down a mutiny of the ''Garde Indignene'' (native gendarmerie) in Thai Nguyen. In August 1918 three companies of ''tirailleurs tonkinois'' formed part of a battalion of French Colonial Infantry sent to Siberia as part of the Allied intervention following the Russian Revolution.

As the Vietnamese fought and died on the French side, their involvement and losses on the battlefields contributed significantly to Vietnam's national identity. In 2004, a Russian journalist published a handbook of human losses in the 20th century which included the Vietnamese military deaths during World War I - over 12,000 men died. The Vietnamese also endured additional heavy taxes to help pay for France's war efforts. There is a war memorial that commemorates the Vietnamese military losses at Saint-Pierre cemetery in Aix-en-Provence.